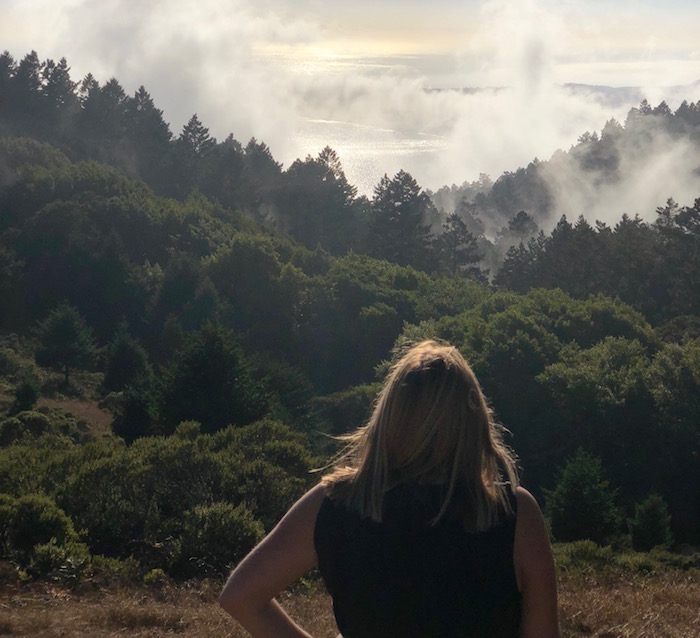 A photo from a hike this past summer in Mt. Tamalpais State Park

By Miro Korenha, Founder and Publisher of Our Daily Planet

To baby boomers and older generations concern for the environment might seem like an admirable quality, but to Millennials like me, it’s a life or death matter. To me personally, it means that aside from all the broader geopolitical implications, my precious small hometown of Sonoma, California will become uninsurable and people I know will continue to become housing insecure.  It also means feeling a sense of panic when I see my mom calling me at unusual times during California’s fire season because in the back of my mind I’m thinking “not again,” something I wouldn’t wish on anyone.

I’m 31 years old and for at least two-thirds of my life I have been acutely aware of the threat that climate change poses to my existence. As a 10-year-old I remember reading about the signing of the Kyoto Protocol for a class assignment and first learning about the extent of how much humans were contributing to the warming of our planet. It seemed obvious back then (even to a child) that the United States would join the rest of the world in reducing emissions to protect the only home we have. As a kid growing up in Northern California this point would become especially salient as that winter we experienced an El Niño so potent that some of my classmates missed extended periods of school because their neighborhoods would flood so badly.

Later as a teen in the Bush 43 era, I couldn’t understand why the adults in charge were suddenly refusing to do anything about global warming and worse yet, beginning to spin the narrative that scientists had some sort of agenda to mislead the American public. I was perhaps too naïve to realize that a president and vice president who made their money in oil would be reluctant to support a national strategy that would hinder the massive profits their buddies still in the industry were receiving.

When I got to DC as a hopeful young intern it was in the immediate aftermath of the BP oil spill and that same summer the Waxman-Markey climate bill died in the Senate, never to be talked about again. For those of us in the environmental NGO world, climate change was a dire issue but for many others, it was barely a blip on the radar. I remember asking Republican staff working for prominent members of Congress how their bosses could refute so much incontrovertible evidence that our planet was warming at an alarming rate and they’d reply that if their bosses acknowledged the threat, then they would have to do something about it (an act that hardly any Republican member is willing to pursue to this day).

What’s most unconscionable to me about inaction on climate change is that it’s a blatant statement that the plight of my generation and those behind us doesn’t matter. It signals that holding a political office comes above the duty to protect American lives from extreme weather events that are becoming more frequent as a direct result of climate change. It means a near certainty that young American troops will be sent to fight and die in parts of the world that are becoming increasingly destabilized also as a direct result of climate change. The excuses for lawmakers to sit by idly and gamble away our future are tired, we’ve heard them all, and they cannot continue.

Not only has the old guard in Congress amassed a nearly insurmountable national debt that my generation will be forced to sacrifice in order to repay but they’re also ignoring the fact that climate change poses the single greatest risk to the U.S. economy. My peers will have less economic opportunity than our parents and grandparents but we will be tasked with paying the billions (eventually trillions) of dollars that it costs to clean up and recover after the massive hurricanes and wildfires that ravage our nation year after year. To make matters worse, many Republican leaders want to stymy government support of solar and wind energy—the industry with the fastest growing jobs in America—in favor of subsidizing the fossil fuels industry which employs far fewer people than renewables.

There is no other way to look at it, climate change is an existential crisis and while Senate Majority Leader Mitch McConnell and President Trump will not be around to see the worst of it that doesn’t absolve them of their duty to protect my generation. It’s also why gradual action on the part of Democrats isn’t a viable path either. There must be bold action on climate change that focuses on jobs, infrastructure, and opportunities for struggling Americans to find gainful employment in green sectors of the economy. The Green New Deal that the freshman class of Democrats in Congress are proposing is the best chance we have to make an impact before it’s too late—a date that’s only 12 years away according to the world’s scientists.

It’s for this reason that image of our president walking through the charred remains of homes where human beings were incinerated in Paradise, CA while completely denying the underlying causes of the fire wasn’t just upsetting, it was infuriating. I feel this same anger reflected when I hear anyone refusing to acknowledge anthropogenic climate change as it will be my generation who will be around to cope with a planet irrevocably altered by willful ignorance.