A New Kind of National Park, Not Everyone’s Thrilled 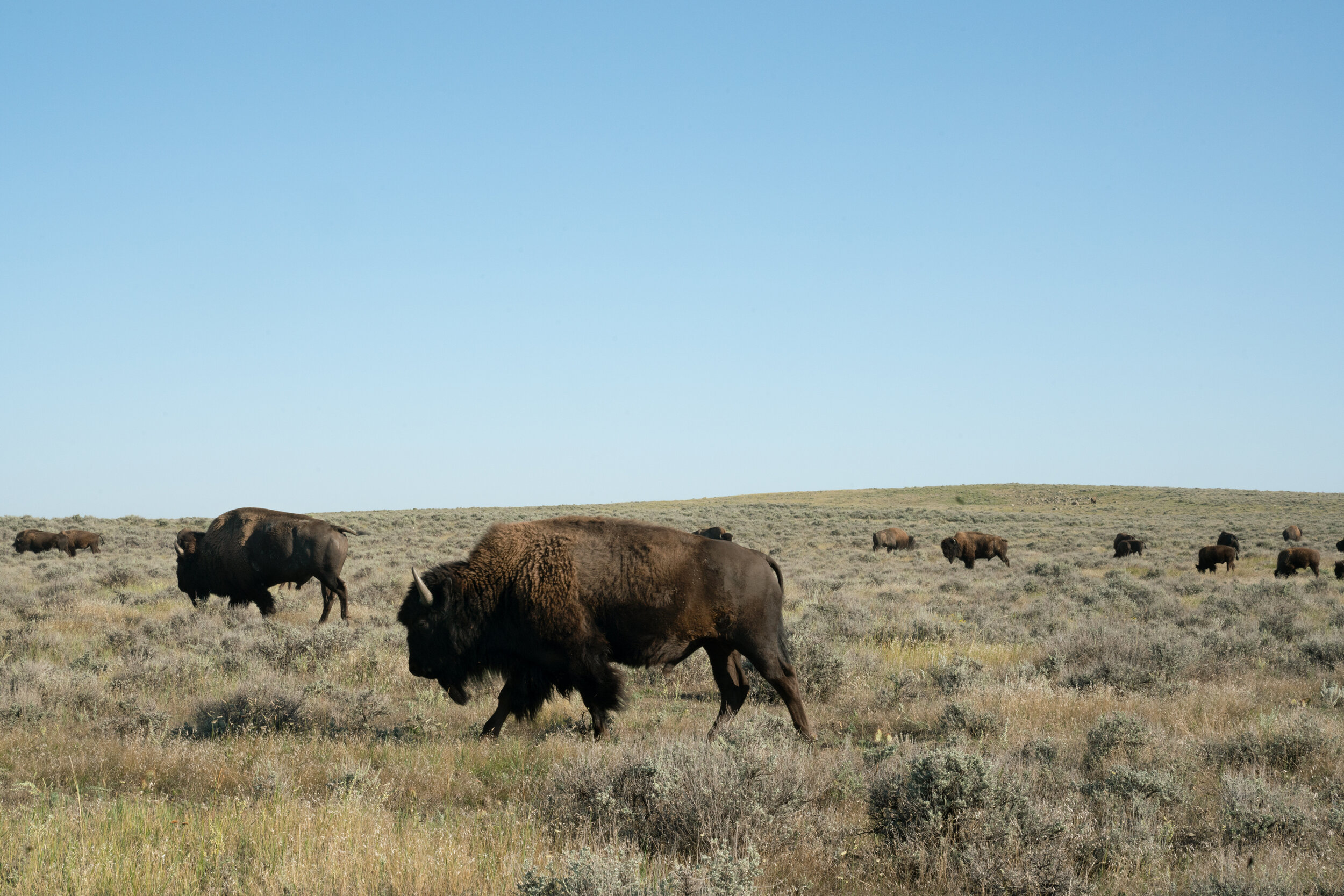 Bison walk on American Prairie Reserve land. The organization is slowly purchasing ranches from willing sellers, phasing out the cows and replacing them with wild bison. Image: Claire Harbage/NPR

The American Prairie Reserve in northeastern Montana is a non-profit working to create the largest nature sanctuary in the continental United States. Founder Sean Gerrity made his money in Silicon Valley and hopes to create a preserve that’s made up of private properties stitched together with vast tracts of neighboring public lands to create one giant, rewilded prairie.

While conservation groups praise the project, local landowners lack the same enthusiasm as they experience the slow diminishment of their way of life. Ranchers see themselves as conservationists and stewards of the land, and Gerrity as an outsider.

The Plan: American Prairie plans to build a 3.2 million-acre wildlife reserve and so far has purchased close to 30 properties–needing at least 50 more. Funded by Gerrity and other large donors, the reserve has big goals. As NPR explained in their fantastic recent piece, the project’s goal is to rewild this swath of the Great Plains and return all the animals that lived on this landscape more than a century ago, before white settlers arrived. Wolves, grizzly bears, thousands of genetically pure, wild bison.

All About the Benjamins: Gerrity’s critics point to the fact that some of the reserve’s big donors are the exact captains of industry that have helped cause climate change and environmental degradation. At least two of the biggest donors helped steer big investments in oil, gas, and coal–industries have exacerbated climate change, leading to increased wildfires, floods, and drought in the northern Great Plains.

Gerrity’s reaction has been that the net positive of the preserve cannot be negated by the class of donors funding the project.

The Opposition: As NPR also noted, questions about American Prairie’s financial support aren’t the only issue facing the organization. For the ranching families who have lived and worked in this pocket of northeastern Montana for more than a century, the reserve is an affront to their identity.

They make a lot of different arguments against it. Some border on crazy, such as the conspiracy theory that the reserve is part of a cunning plot by the United Nations to clear everyone from the Great Plains. But the most common argument boils down to this: God gave people this land so it can be worked, so we can produce food or fuel from it.

Read a letter from one of the ranchers opposing the project to get a sense of her reservations.

But Tribes Are Onboard: The reserve has garnered support from two local tribal councils, including at the Fort Belknap Indian Reservation, home of the Nakoda and Aaniiih. Tribal leaders told NPR that the reserve’s goal of bringing back thousands of wild bison to the plains will help restore a crucial part of their tribal culture.

(American Prairie’s wild herd of bison will be the largest in North America. There are already more than 800 on the land.)

Why This Matters: American Prairie hopes to create an oasis for animals that roamed the Great Plains before European settlers arrived. Once numbering tens of millions, the bison is considered ecologically extinct as habitat fragmentation has prevented them from migrating and breeding as they should.  No other species on Earth has declined so quickly. Rebounding their populations is important for other species as well.

People want to see nature intact and American Prairie hopes to draw visitors seeking recreation and even hunting. Whether or not this type of preserve is the answer to large-scale conservation remains to be seen. But at this point, we need to focus on protecting 30% of our planet for nature by 2030 if we want to have a planet capable of sustaining wildlife and humans for generations to come.