Air Pollution Can Equal Smoking a Pack of Cigarettes Each Day 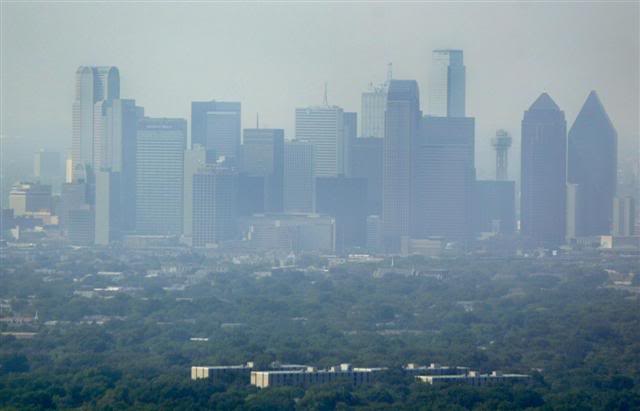 This week, the largest-of-its kind study was published in JAMA and reveals that long term exposure to air pollution can have the same effect on human lungs as smoking a pack of cigarettes each day. The study was conducted between 2000–2018 and included 5780 participants in 6 US metropolitan regions followed up for a median of 10 years. The results were striking, as there is a statistically significant association between concentrations of air pollutants like ground-level ozone and black carbon and greater increases in emphysema.

The Study: As CNN explained, “The patients were all healthy when they started the study, and researchers controlled for factors that could compromise lung health, including age and whether the person was a smoker or was regularly exposed to secondhand smoke. The strongest association between a pollutant and emphysema was seen with exposure to ozone, which was the only pollutant associated with an additional decline in lung function.”

Troubling Sign: Ground-level ozone is particularly nasty and is on the rise. As EcoWatch reported, “While most air pollutants have declined thanks in large part to the Clean Air Act, ground-level ozone has actually increased. Ozone is colorless and forms when pollutants from fossil fuels interact with sunlight. Pollution from cars, power plants, refineries and chemical plants all contribute to smog, and it is on track to get worse.”

Why This Matters: Transitioning to a clean energy economy is about a lot more than just reducing greenhouse gas emissions, it’s a matter of public health. Air pollution from fossil fuels is shortening lifespans by causing chronic illness. So the next time you hear a lawmaker claim that it’s unrealistic to transition away from fossil fuels, just know that this isn’t a choice but rather an imperative to ensure that needless lives aren’t lost because we refused to act. This is a solvable problem, we just need the political will to do so.

The Caribbean island nation of St. Vincent has been experiencing a massive power outage after its largest volcano erupted last Friday, forcing widespread evacuations for the island’s 100,000 citizens. As NBC News reported, La Soufriere’s eruption — its first large one since 1979 — transformed the island’s lush towns and villages into gloomy, gray versions […]

By Amy Lupica, ODP Staff Writer A new paper published Monday in the journal Nature Geoscience found that up to half of the global methane emissions come from aquatic ecosystems and man-made water sources like flooded agricultural land, ponds, wetlands, reservoirs, and salt marshes. Experts say that these emissions have gone uncounted for too long […]

Right now, Las Vegas, Nashville, and Phoenix all don’t have Amtrak service. That could change if the new Amtrak service map, released last week as part of President Biden’s infrastructure plan, gets built.

Why This Matters: Getting around by train is more energy-efficient than driving or flying, especially if it’s electrified.