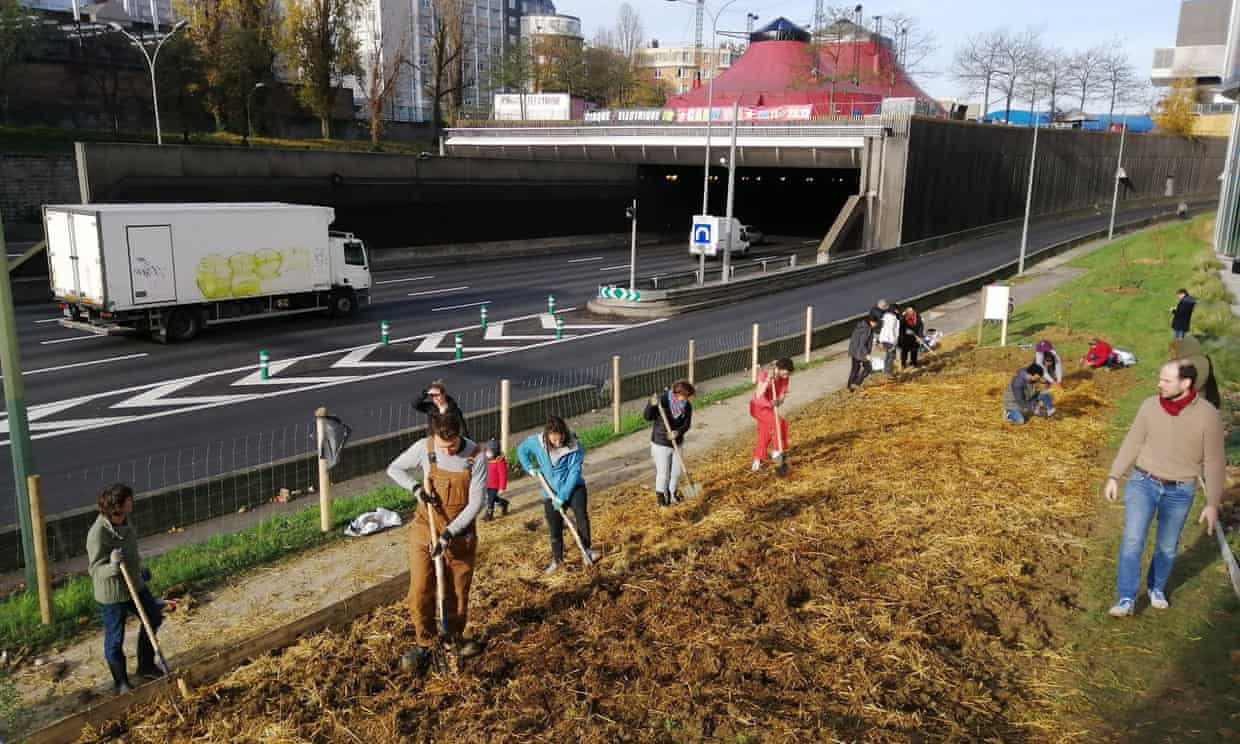 A Miyawaki forest being planted on the outskirts of Paris, France. Image Courtesy of Boomforest

As the World Economic Forum recently wrote, miniature urban forests (often no bigger than a tennis court) planted using a method invented by a Japanese botanist in the 1970s are growing in popularity. Known as “Miyawaki” forests, these dense groups of trees are bursting with biodiversity and grow more quickly and absorb more CO2 than plantations grown for timber.

WEF explained that the idea for this method of urban forestry is simple – take brownfield sites, plant them densely with a wide variety of native seedlings, and let them grow with minimal intervention. The result, according to the method’s proponents, is complex ecosystems perfectly suited to local conditions that improve biodiversity, grow quickly and absorb more CO2.

Why This Matters: Planting trees, curbing deforestation, and actively reforesting land are key components in combating climate change. What’s noteworthy about Miyawaki forests is that they’re based on community needs and native vegetation. This is important because as we focus on reforestation to help sequester carbon we must also ensure that we’re planting the right trees and plants, otherwise, the benefits of planting more trees could be vastly overstated.

The Benefits of Mini Urban Forests: The Miyawaki method has become popular throughout India and as well as gaining prominence in Europe. As the Guardian reported, advocates for the method say the miniature forests grow 10 times faster and become 30 times denser and 100 times more biodiverse than those planted by conventional methods.

It should be noted that replanting forests in this manner is no replacement for old-growth forests. But in cities that have been devoid of forests, this method can provide habitat for birds and other urban animals as well as acting as a wildlife corridor to help urban wildlife safely navigate cities and the built environment.