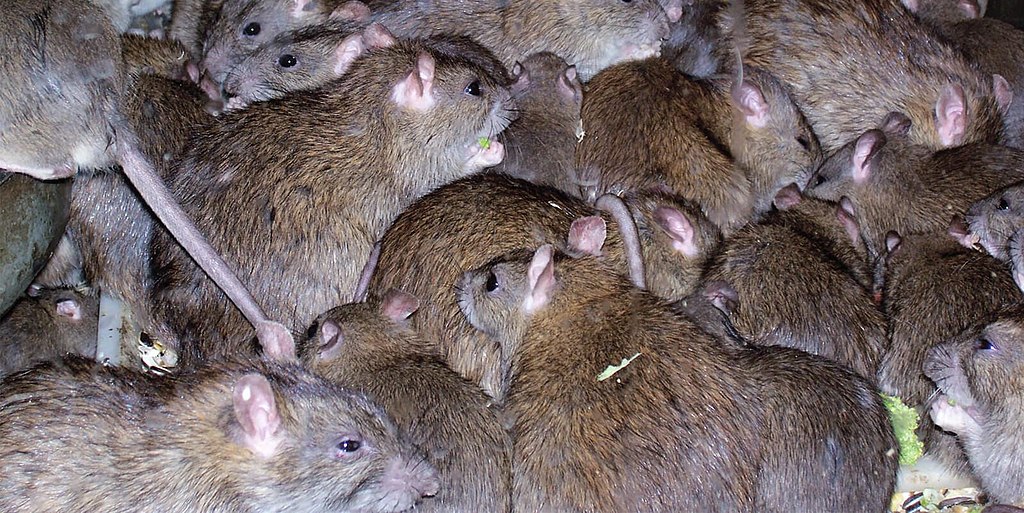 In Australia, after years of drought, wildfires, a period of heavy rains have brought back some plant life and millions of mice. As a result, the country’s southern and eastern agricultural regions are now overrun with mice in their crops, barns, and homes. The ongoing infestation even prompted the evacuation of a prison in New South Wales. Farmers and officials are scrambling to control the pests, but environmentalists say some of their solutions may be just as harmful as the rodents themselves.

Why This Matters: Large mouse outbreaks bring with them the threat of disease. As human-animal contact increases, so do the chances of a zoonotic disease “spilling over” into the human population.

To end the mouse outbreak, officials and farmers are looking to pest control chemicals like bromadiolone and zinc phosphide, but pest control has always been a balancing act. Environmentalists say that the short-term benefits of these chemicals will pale compared to the long-term harm to the environment, wildlife, and future crops.

Rescue Down Under: Rodent outbreaks in Australia aren’t new.

“This year, it’s been a fairly mild and wet summer, so that means vegetation is continuing to grow [into Australia’s winter],” said Steven Belmain, an ecologist at the Natural Resources Institute at the University of Greenwich in England. “A lot of the mice might survive until next year, and [then] there will be a better starting population.”

Tools of the Trade: Farmers have used zinc phosphide for years to quell rodent population booms. However, the method has been criticized for being inhumane; the poison releases gas into the animals’ digestive tract, causing them to die. It can also be harmful to other non-target animals like pets and wildlife because it will be deadly to everything that consumes it. But unlike other rodenticides, it doesn’t accumulate in the environment. Still, Belmain says that zinc phosphide may not save farmers from this year’s uprising. “I don’t think the evidence of its effectiveness is very good. A lot of [what is required is] quite early prevention,” he said.

The Australian Pesticides and Veterinary Medicines Authority recently rejected a New South Wales (NSW) government proposal to permit bromadiolone to quell the mice population. Bromadiolone is often described as “napalm for mice” and acts as an anticoagulant. The chemical can be active for months and accumulates through the food chain, harming generations of wildlife to come. NSW had already secured 10,000 liters of bromadiolone for use against the rodents but won’t be permitted to distribute or use it.

“We still have concerns about the impacts that second-generation anticoagulant rodenticides have on our wildlife but are glad that such a mass quantity has been stopped from entering our agricultural and natural food chains,” said BirdLife Australia’s Holly Parsons. NSW agriculture minister Adam Marshall said that the government accepted the decision to prohibit the use of bromadiolone and has allocated $150 million to give farmers a 50% discount on zinc phosphide.