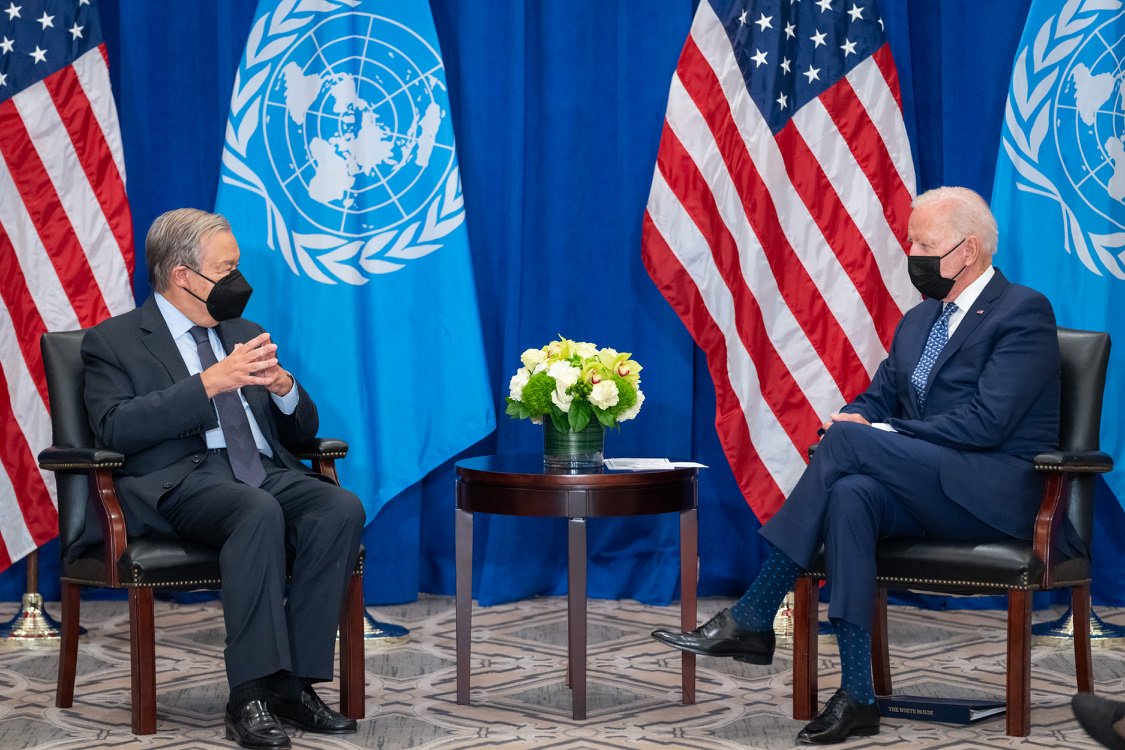 Image: Office of the President of the United States, Public domain, via Wikimedia Commons

The UN General Assembly has kicked into full gear, and President Biden took center stage on Tuesday to pledge that the US will double the amount of money it spends to help poorer nations fight climate change. Still, critics say that the pledge, now totaling $11.4 billion a year by 2024, is far less than the US should be contributing, and doesn’t do enough to reach a global goal of $100 billion annually for low-income nations.

Why This Matters: Poorer nations are both the most vulnerable to climate change effects and the least able to build climate adaptation and clean energy infrastructure. The COVID-19 pandemic has made it even more difficult for many nations to dedicate resources to fighting climate change. The US has pledged to be a climate leader, and in July, Biden announced a partnership with Germany to raise global climate ambition and encourage resource deployment from wealthy nations to poorer nations. Still, environmental justice advocates say that wealthy nations must do more and pay more, given that they are at fault for a vast majority of the emissions leading the world to the brink of catastrophe.

Paying Up, Doubling Down

In April, Biden announced the US would be doubling its commitment to low-income nations in the amount of $5.7 billion. Now, he’s pledging to double it again. But to make that pledge a reality, the President will have to go through Congress, where $2.5 billion for climate projects in his 2022 budget has already faced a rocky road. Experts are also doubtful that international climate action funding will resonate with lawmakers.

Even if President Biden is able to secure another $5.7 billion, some say that the US should be pledging more along the lines of $40 billion to help meet a global pledge made in 2010 to allocate $100 billion to low-income nations annually. “Climate finance to help the world’s vulnerable people is the elephant in the room heading towards the COP26 climate summit,” said Mohamed Adow, the Director of Power Shift Africa. “Biden doing the bare minimum is not what we expected from a Democratic president who claimed to be a major break from the dark days of the Donald Trump era.”

Adow’s words are certainly harsh, but the sentiment is shared by others like Kaveh Guilanpour, vice president for international strategies at the Center for Climate and Energy Solutions, who says Biden’s announcement was more political than it was practical. “The $100 billion is essential as a trust-building issue,” he said. “The president’s announcement was hugely helpful in that regard. At the same time, it will never be enough to affect the transformation that the Paris Agreement requires — which needs trillions in investment, not billions.”