Bolsonaro Sends in the Troops to Fight Amazon Fires 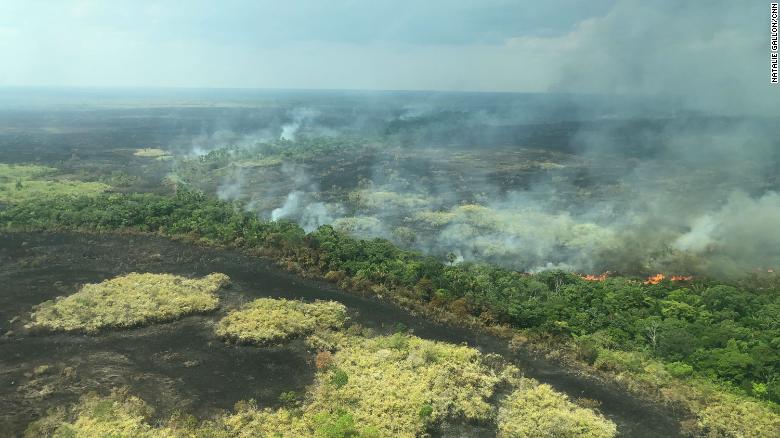 After threats of trade retaliation from the EU, ridicule at the G7, and even pressure from the Pope, Brazilian President Jair Bolsonaro has made the unexpected move of deploying troops to help fight the devastating fires raging in the Amazon rainforest. As CNN explained, “Brazil’s space research center (INPE) said this week that the country has seen an 85% increase in fires this year, compared with the same period last year. More than half were in the Amazon region, spelling disaster for the local environment and ecology.” Additionally, 99% percent of the fires have resulted from human activity like cattle ranching and logging.

Not Normal: While fires are common in the Amazon during the region’s dry season, which typically starts in July and August and ends in mid-November, this year has seen an unprecedented spike with more than 72,000 fires raging across Brazil. The Amazon rainforest is quite humid and generally resistant to wildfires but ranchers wait until the dry season to make it easier to burn and clear forest for cattle.

Not Just Brazil: The Guardian explained that fires are affecting huge swaths of South America, “as the world turns its attention to the fires in Brazil’s Amazon, wildfires are wreaking havoc on neighboring Bolivia. Intense blazes have burned unabated across vast swathes of hilly tropical forest and savannah near Bolivia’s border with Paraguay and Brazil. At least 1 million hectares, or approximately 3,800 square miles, have been impacted.”

“Since taking power, his government has slashed socioenvironmental standards that are fundamental to preserving the Amazon’s ecological integrity and the well-being of forest peoples. Bolsonaro’s severe policy rollbacks are occurring in the context of a generalized attack on the country’s democratic principles and institutions. A dominant, conservative faction of the country’s powerful agro-industrial sector known as the “ruralistas” is helping drive Bolsonaro’s Amazon agenda. Working from within Bolsonaro’s government, industry representatives are stripping protections for forests and land rights in order to gain unfettered access to areas currently safeguarded from industrial activity.”

Why This Matters: The Amazon rainforest produces 20% of the world’s oxygen and is also home to 10% of the world’s animal species. NatGeo explained that the fires are posing an often immediate risk to biodiversity as plant and animal species in the Amazon are not adapted to dealing with wildfires. Whereas other forests around the world routinely burn, in the Amazon many animal species aren’t able to flee the fires. In light of the recent IPCC report that revealed that sustainable land use is a critical component of fighting global climate change, the world must get serious about deforestation. While G7 leaders vowed this week to help Brazil fight the fires, there must be a call to increase geopolitical pressure to prevent them from happening in the first place through measures like trade sanctions.