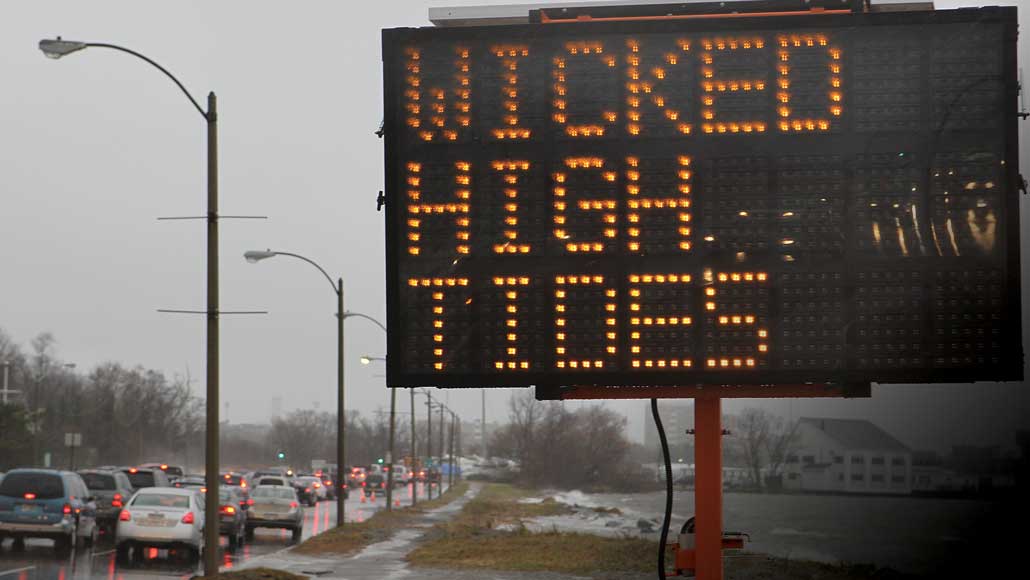 Coastal cities around the country (and around the world) are bracing for increasing sea level rise that’s resulting from climate change. Honolulu, San Francisco, and Miami are already witnessing the effects of water inundation and now one of America’s oldest cities, Boston, is bracing for impact.

“Boston is raising streets, building berms and even requiring that new high-rise condominium developments on its harbor acquire “aqua fences” — portable metal barriers that can be dragged to the street and anchored to the pavement to deflect incoming waves.”

Bean Town’s Outlook: The Post noted that although Florida, Louisiana and the Carolinas are frequently associated with flooding, Boston was ranked the world’s eighth most vulnerable to floods among 136 coastal cities by a 2013 study produced by the Organization for Economic Cooperation and Development. Additionally,

Managed Retreat: Sometimes it makes more sense to give up adapting to climate change and to simply (well, it’s not so simple) move to higher ground. Since more than half of Boston is built on a lot of really old low-lying landfill there’s nowhere to retreat hence Boston must innovate much in the way that cities like Amsterdam and London have had to do.

The Post added that, “the Massachusetts Bay Transportation Authority is spending $22 million to build watertight steel doors that can be closed at the entrance of a rail tunnel near Fenway Park. And the MBTA also plans to tear out a heavy glass-brick cube protecting an underground rail ventilation system near its Aquarium stop and replace it with brick and steel-reinforced concrete.”

Why This Matters: Rising seas threaten the very existence of the world’s major cities–as 14 out of 17 are located along coastlines. Adapting to climate change is incredibly complicated and expensive as cities must prepare for storms as well as rising water lines. This entails moving people, retrofitting buildings, innovative engineering and also protecting the cultural and intellectual heritage that’s found in urban hubs (in greater Boston’s case, both Harvard and MIT are in the rising water’s path). At this point we have no choice but to adapt, we just need our leaders to be with us.