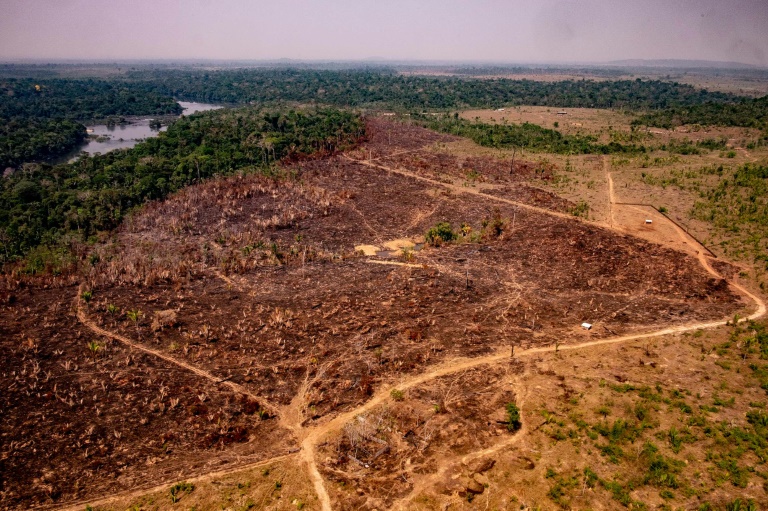 By Julia Fine and Monica Medina

A recent study published in Science found that a significant percentage of beef and soy exported from Brazil to the EU is connected with illegal deforestation. YaleE360 reported that “as much as 22 percent of soy and 60 percent of beef…back to illegal tree felling and fires in the Amazon and Cerrado regions.” Jake Spring reported for Reuters in June that deforestation rates rose 10.7% as compared to June 2019.  But the government may be trying to change its ways, according to Ernesto Londoño and Letícia Casado of The New York Times, because of “two important foreign policy goals: the implementation of a trade deal with the European Union and its ambition to join the Organization for Economic Cooperation and Development.”

Why This Matters: The study’s lead author Raoni Rajão said, “Until now, agribusiness and the Brazilian government have claimed that they cannot monitor the entire supply chain, nor distinguish the legal from the illegal deforestation.” This new study undercuts that idea, showing that Brazil can (and must) monitor agribusiness’ connections to illegal deforestation.  Indeed, foreign investors “that collectively control some $3.7 billion in assets warned the Brazilian government in a letter that investors were steering away from countries that are accelerating the degradation of ecosystems,” according to The Times.

Agriculture and Politics in Brazil

Brazil plays a crucial role in the EU food system. According to YaleE360, “roughly 41 percent of the EU’s soy imports come from Brazil each year, totaling 13.6 million metric tons.” That means huge amounts of soy imports– about 2 million tons— are entering the EU after being grown on illegally deforested land.

The Brazilian government may be increasingly concerned about deforestation, but it also continues to promote deregulation policies. Indeed, just in April, the Environment Minister Ricardo Salles, “called on the government to ‘push through’ deregulation while people are distracted by the pandemic.” To regulate these supply chains, the cooperation and leadership of the federal government are needed.

Many environmentalists are now calling on the EU to “use its trade might and purchasing power to help roll back this tragic dismantling of Brazil’s environmental protection,” in the words of geoscientist Britaldo Soares-Filho. Perhaps with the attention of the EU on this issue, Brazil will be forced to take a strong position on this.

However, it is critical to also pay attention not just to the land, but to the people residing on it. As The Economist noted, “reducing deforestation will require consensus on tricky issues like the fate of tens of thousands of poor settlers on public lands in the Amazon, where half of deforestation takes place.” Any policy on deforestation must take into account the people who rely on the land for survival.

Just last week, according to The Times, “Norway’s Minister of Climate and Environment, Sveinung Rotevatn, said Brazil has managed in the past to rein in deforestation by protecting Indigenous communities, shielding natural forests and aggressively enforcing the law.”

“Brazil was a world leader in dramatically reducing deforestation, and showed the world that they could significantly increase agricultural production at the same time,” he said in an email. “They can do so again.”

Apparently, this prompted the country’s three largest banks to lobby the government for and fund sustainable development projects in the Amazon. And the Times reported that Salles now “is fighting for his political survival amid criticism of Brazil’s growing deforestation.”