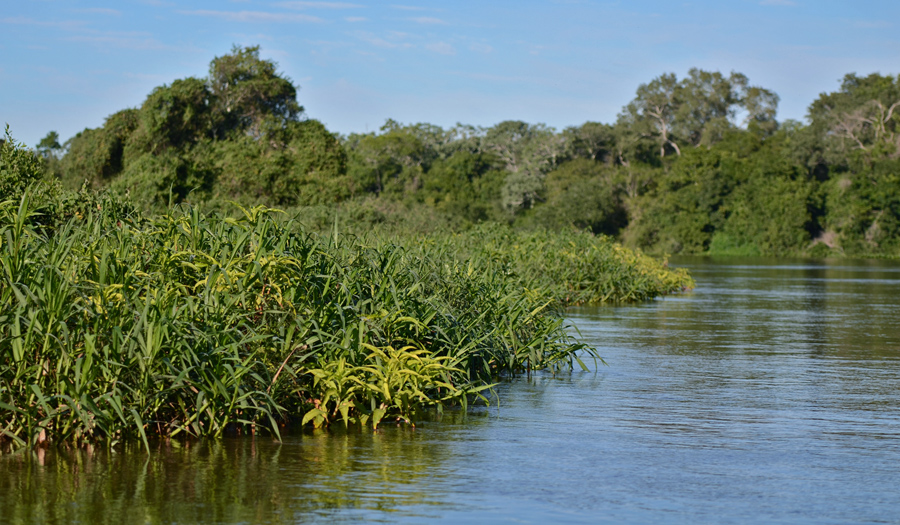 Between 1991 and 2020, Brazil lost 15% of its surface water, a new study shows. The country holds the most water resources globally, but both the world’s most extensive wetlands and rainforests are losing water at rapid rates. Now, severe drought and deforestation threaten water security and access to energy and food for millions, especially Indigenous communities.

Why This Matters: Drought and water scarcity are becoming permanent fixtures across the globe and have rippling effects that will impact all life on Earth.

An October 2020 study found that the Amazon rainforest is running out of rain and could soon become a savannah. Water scarcity creates a vicious cycle. As water sources dwindle due to heat and drought, demand for water and energy resources will only increase. Agriculture will be the first sector to suffer from water cuts, and food prices will likely rise, while hydroelectric dam closures will increase electricity costs. Meanwhile, dry conditions will continue to worsen yearly wildfires, decimating natural landscapes and water systems.

Escaping this cycle is only possible with sweeping efforts to protect 30% of all land and water by 2030. Still, even as the COP26 climate conference approaches, many countries have fallen behind on their Paris agreement commitments despite a tightening climate deadline.

A coalition of experts from Brazilian universities, WWF-Brazil, the Amazon Environmental Research Institute, Google, and The Nature Conservancy examined 150,000 satellite images measuring all surface waters across Brazil. They found that, before accounting for this year’s record-breaking drought, the nation’s wetlands, lakes, rivers, and other surface water sources had declined by 15% from 1991 to 2020. “The prospects are not good; we’re losing natural capital, we’re losing water that feeds industries, energy generation, and agribusiness,” said Cassio Bernardino, a project manager for WWF-Brazil. Brazil’s “society as a whole is losing this very precious resource, and losing it at a frighteningly fast rate.”

Ecologists say that although water systems shift over time, human activity has magnified these changes, causing the devastating loss of the world’s wetlands. “We’re altering the magnitude of those natural processes,” said Mažeika Patricio Sulliván, an ecology professor at Ohio State University. “This is not just happening in Brazil; it’s happening all over the world.” Since 1900, 90% of South America’s wetlands have vanished, including parts of the world’s largest tropical wetland, the Pantanal. Forty percent of North America’s wetlands have also disappeared. Ecologists say that these regions can heal and regenerate if given the space and time to do so, but the threat of wildfires looms as long as temperatures continue to rise. “The integration of water loss and wildfires: that’s a big issue that we need to start thinking more about,” said Sulliván.