Can America Regain the Ability to Think Big? 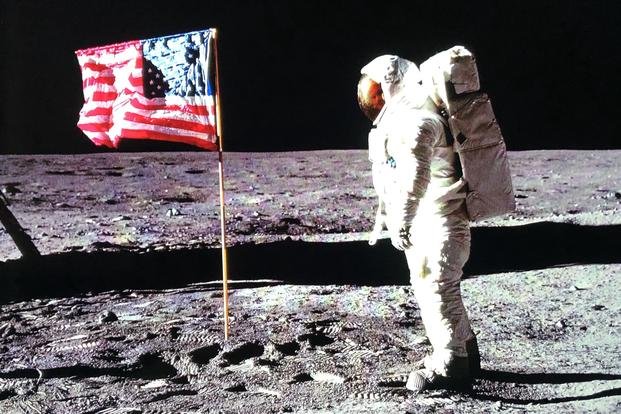 By Miro Korenha, founder and publisher of Our Daily Planet

In 1961 President Kennedy announced before a joint session of Congress the audacious goal of putting a man on the moon before the end of the decade. He stated,

“These are extraordinary times and we face an extraordinary challenge. Our strength as well as our convictions have imposed upon this nation the role of leader in freedom’s cause. No role in history could be more difficult or more important.”

And indeed, they were extraordinary times. Just as the Soviet Union was accelerating its space program, the United States wanted the achievement of sending the first human to the moon to embody the core tenets of our national identity: the ability to think big, push the bounds of what’s possible and to use the ingenuity of our citizens to get us there. On July 20th, 1969, exactly 50 years ago today, astronauts Neil Armstrong, Buzz Aldrin, and Michael Collins achieved President Kennedy’s extraordinary vision and captivated the entire world with America’s historic achievement.

The era of the Space Race left young Americans feeling hopeful about what their government could achieve. Just as their parents’ and grandparents’ generation experienced during the New Deal, these young people trusted their government to act boldly in solving seemingly insurmountable problems. President Kennedy didn’t say that America would try to put a man on the moon, he said that we would do it and even after his assassination the triumph of the Apollo 11 mission was a defining moment of a generation.

I wasn’t born until nearly two decades after the moon landing so my sense of awe and pride has only been cultivated in school and through the anecdotes of those who sat by their TVs to witness the landing firsthand. My generation has been alive at a time of rapidly declining trust in the government and my entire life I’ve only experienced lawmakers and presidential administrations who just can’t seem to do big things. Sure, important accomplishments have been enacted in my 32 years on this Earth, but the messages of “caution” and “incrementalism” and “you can’t do it all at once” have defined the tone of these three decades.

I often wonder if my generation will have our own equivalent of the space race. When my children ask me “what was it like?” as I recently asked my own mom of the moon landing, I want to reply “it changed our world” as I detail how my peers and I helped enact the Green New Deal and reshaped the trajectory of our planet away from climate catastrophe. The transition away from fossil fuels to a more just, clean energy world is the legacy I want all Millennials to be able to share with their kids and grandkids.

I understand that the Green New Deal has a lot of detractors, including the likes of House Speaker Nancy Pelosi who labeled it “the green dream.” But what’s puzzling to me is that the people who today are celebrating the 50th anniversary of the Apollo 11 moon landing, are the same ones who think the best plan we have to curb climate change and ensure a habitable planet is somehow too expensive and unrealistic.

Here’s a history lesson: at the end of the Apollo missions in 1972, the U.S. had spent about $25 billion on the program, which is the equivalent of about $150 billion in today’s dollars.  And mind you, this was money spent on something that we didn’t need but rather something that wanted to accomplish.

During the Space Race, there was a staggering number of accidents, jet crashes, equipment failures, and explosions that cost hundreds of millions of dollars—failure was an expected part of getting to where we needed to go. In today’s world lawmakers are so afraid that if their idea crashes on the first try or doesn’t go exactly as planned that it’s a failure overall and that the political fallout will be too great to try anything similar in the future. Just look at what happened with solar energy company Solyndra after it defaulted on its loan which was backed by President Obama’s Department of Energy. Even though the loan program that funded the company made taxpayers billions of dollars through its portfolio, the “scandal” was used as an example by the political right to vilify the Energy Department and that made the government reluctant to invest in renewable energy after that.

If we’re going to stop climate change—one of the greatest threats humanity has ever faced—then we have to try things that are risky. Some ideas will fail while others will flourish to create incredible outcomes that will fundamentally change how we do things. I can’t tell you what happened to the generation that’s in power right now, most of them witnessed the moon landing and the other groundbreaking moments of the 60s and 70s and despite it all, managed to lose the ability to believe that America can achieve the impossible.

I want more for my generation because these are extraordinary times and we’re certainly facing an extraordinary challenge. Even if our parents have lost the ability to think big I want us to listen to their memories of the moon landing—a moment so beautiful that it stopped the entire world at the same time—and imagine how we might harness that forgotten spirit to alter the fate of the planet being handed down to us. A planet that Apollo 11 astronaut Mike Collins described as “so fragile out there” upon seeing it for the first time from space.

(If you have a moment, watch what the Apollo 11 flight looked like from mission control. Especially at about 7:16:00 where the astronauts see the Earth)

Three Mars Things: China, the UAE and the US All Heading There In July

By the end of July, three countries are sending rockets carrying robots to Mars. For the U.S., its old hat — been there, done that 5 times, but for China and the United Arab Emirates, it’s their maiden voyage.   Why three launches so close together?  Because Mars passes close to the Earth in its orbit, […]

Have you ever wondered what space smells like?  Now we know.  According to astronauts, it is “a mix of gunpowder, seared steak, raspberries and rum.”  Hmmm.  CNN reports that the fragrance was invented to help astronauts train for space — so that nothing about it would be surprising to them (seems like that would take […]

Monitoring Animals From the Space Station To Improve Their Conservation

Using inexpensive tracking technology and a large antenna installed on the International Space Station, a consortium of researchers is hoping to gather a wider range of data than they had using previous tracking technologies, including long migration patterns, allowing them to better understand how climate change and habitat loss impact wildlife.

Why This Matters:  In addition to better understanding of wildlife migration and threats, the technology could be used for a range of other goals.