Can Worker Safety Ever Be Ensured by Big Meat? 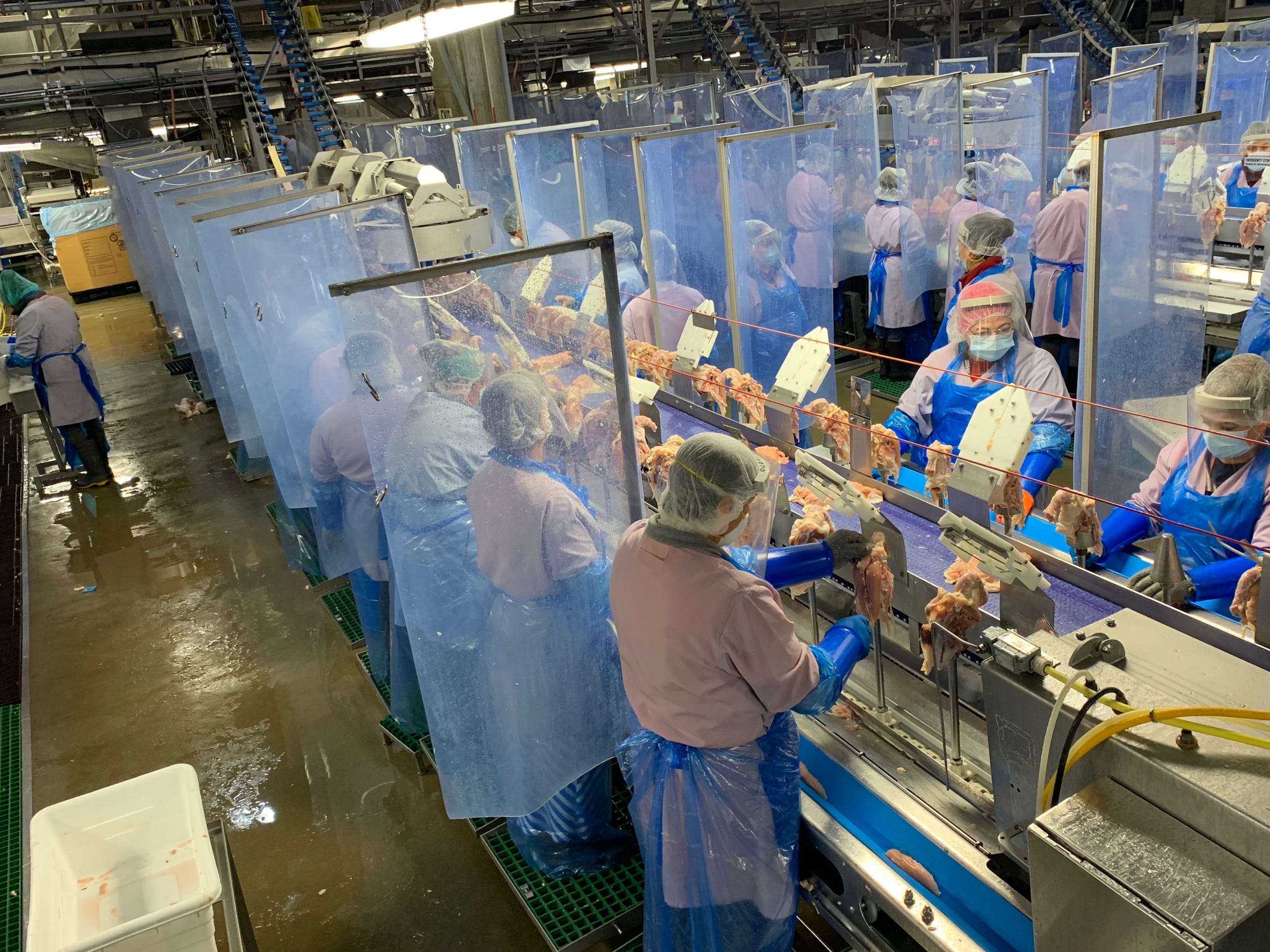 America’s largest meat processor, Tyson Foods, has worked to implement worker health and safety measures after hundreds of its workers initially became infected with COVID-19 . But despite those efforts, a new Washington Post analysis revealed that the number of Tyson employees with the coronavirus has exploded from less than 1,600 a month ago to more than 7,000 today.

And perhaps most unsettling of all is that Tyson fought health agencies over its protocols for protection as well as requests to release data about how many of its workers had been infected. Small local health agencies were overwhelmed in their efforts to get Tyson and other large meat production companies to help slow the spread of the virus through adequate precautions.

Why This Matters: As ProPublica explained, the nation’s meatpackers along with federal and state officials have for years planned for pandemic flu outbreaks that could wipe out herds and flocks and threaten America’s food supply.

The Reality: Companies responsible for a significant portion of the meat food supply chain were critically unprepared for the human health and safety toll to their operations. Additionally, even with new and more stringent plant precautions such as protective gear, paid leave and ventilation systems, there seems to be a limit to how much protection can be extended to essential workers in these plants.

Meat Supply: Availability of meat has been diminished in some grocery stores and prices have trended upward as meat plants have had to temporarily closed. While supply does seem to be growing, a second wave of coronavirus could force plants to shut down once again and begin the cycle anew. It’s a complicated reality.

However, one thing is evident: the availability of cheap meat at the supermarket comes at a human cost. American households spend the smallest percentage of their household budgets on food compared to most other nations. This is in part caused by the prevalence of large, agribusiness in the United States that keeps prices low due to consolidation. But the cost of that consolidation comes in the form of worker safety, animal cruelty, and a heavy environmental toll.

That’s why there have been increased calls for the United States to use this opportunity to reform the meaty supply industry so that it can become more equitable and sustainable.