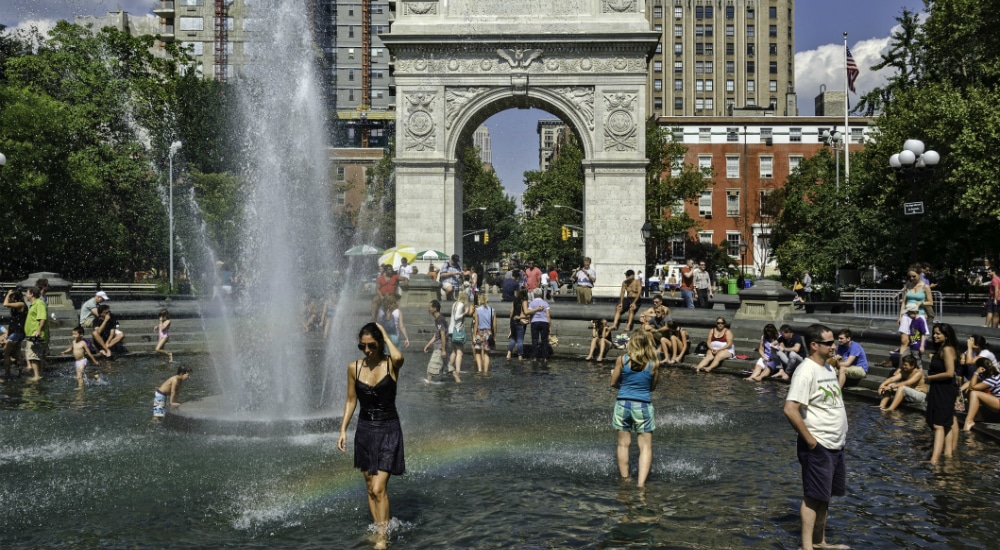 The Center for Public Integrity explained in their recent investigation that yearly heat-related deaths have more than doubled in Arizona in the last decade to 283.

Why This Matters: Federal funding to address the rising urgency of extreme heat is severely lacking. Cities are often overwhelmed with the task of protecting residents on very hot days and there are few systems in place to ensure vulnerable populations–like the elderly–stay safe. New York City provides cooling assistance to low-income individuals and has prioritized extreme heat as part of its resiliency planning. Other cities need the resources and guidance to do the same–many are struggling to keep up.

Go Deeper: Jainey Bavishi, Director of the New York City (NYC) Mayor’s Office of Resiliency talked about the city’s plans to address the growing threat of heat in the recent panel discussion put on by us, Third Way, and the University of Michigan. It’s very much worth a listen.

In The Time of COVID: A global pandemic multiplies the deadly effects of heatwaves. The challenges posed to great Los Angeles County are similar to what many other cities around the nation could face this summer.

The Danger: As CNN reported, studies in American cities like Detroit, Phoenix, and New York suggest that most heat-related deaths occur among children and the elderly. In addition, people highly susceptible to heat-related complications include those with chronic health problems, especially respiratory problems.

CDC Response: CPI explained that the US Centers for Disease Control and Prevention (CDC) is charged with helping cities and states adapt to threats like extreme heat.

Mega-storms caused by atmospheric rivers were once thought to be once-in-a-millennia occurrences, but atmospheric rivers are flooding California more frequently due to the warming atmosphere. The latest mega-storm may put a dent in the mega-drought, but experts say California may be trapped in a vicious wet/dry cycle. It may not be time for Californians to build an ark just yet, but climate-resilient infrastructure would […]

Another Year of La Niña May Extend the Western Drought

By Natasha Lasky, ODP Staff Writer After a record-breaking drought, much of the West and Southwest has been hoping for a winter of rain. But with scientists predicting a second consecutive winter with La Niña conditions, the dry spell may be prolonged. La Niña is a climate pattern that tends to produce droughts in the […]

By Amy Lupica, ODP Daily Editor As California’s summer fire season comes to a close, autumn’s Santa Ana winds have intensified a fast-moving wildfire now terrorizing Santa Barbara County. The Alisal fire began Monday afternoon. Since then, it has engulfed 16,801 acres and is only 5% contained, according to CalFire. As a result, a portion […]