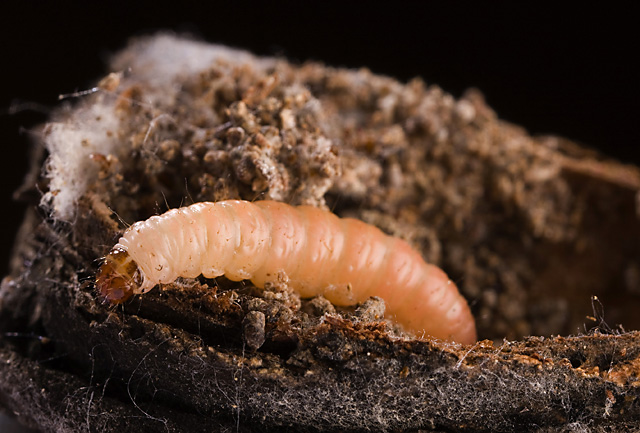 Despite facing droughts and record heat, California’s almond farmers have had record-breaking harvests over the last five years. That said, California’s nuts may be under threat once again as the rise in global temperatures may introduce a new pest to the California farm ecosystem.

This pest, the navel orangeworm, is only the size of a paper clip. But in a study published in Science of the Total Environment’s February issue suggests that warmer growing seasons will propagate navel orange worms at a faster rate, making California’s almonds, walnuts, and pistachios exceedingly vulnerable.

Why This Matters: Temperatures in California’s Central Valley, which produces the states’ almonds, walnuts, and pistachios have already increased over the last 80 years. Insects are very sensitive to temperature, as it controls their physiology, behavior development, and reproduction rates.

Why Are Navel Orangeworms So Dangerous?

Moths of the navel orangeworm produce three to four generations of offspring a year, laying eggs in nut shells. As the larvae mature, they eat through the nuts they were born in, a phenomenon that can kill over 30 percent of a crop. Moths also deposit spores of aflatoxin-producing fungi as they lead eggs, and the caterpillars allow the fungi to expand through the nut. These toxins cause cancer, so these nuts cannot be eaten.

However, there are ways to prevent navel orangeworms from destroying a crop. Recommendations include removing nuts that contain dead larvae, so more larvae aren’t laid in the same spot. The researchers also suggested that harvesting crops early will prevent later generations of orange worms to destroy the crops, and so will using insecticides. Another way of preventing orange worms is “mating disruption,” which presents moths with synthetic hormones that distract them from finding mates.

Higher Temps, More Pests: A warming planet will likely lead to more insect pests that will threaten crops around the world. As FoodTank explained, pests are already a major cause of crop yield losses. According to the U.N. Food and Agriculture Organization (FAO), between 20 and 40 percent of global crop yields are reduced each year due to damage caused by plant pests (insects and diseases).

While the fake news about the Biden administration banning beef was making its way around the world, the popular recipe website, Epicurious, has been phasing out recipes for beef for a year and no one squawked until now. They revealed the decision in an article on Monday, saying “We know that some people might assume that […]

USPS Could Help Deliver Food to Those in Need

by Amy Lupica, ODP Staff Writer A new analysis from the World Wildlife Fund lays out a plan to use the existing logistical infrastructure of the United States Postal Service to distribute millions of tons of food from farmers directly to consumers. Each year, an estimated 17 million tons of crops never leave the farm, despite millions of Americans living in […]