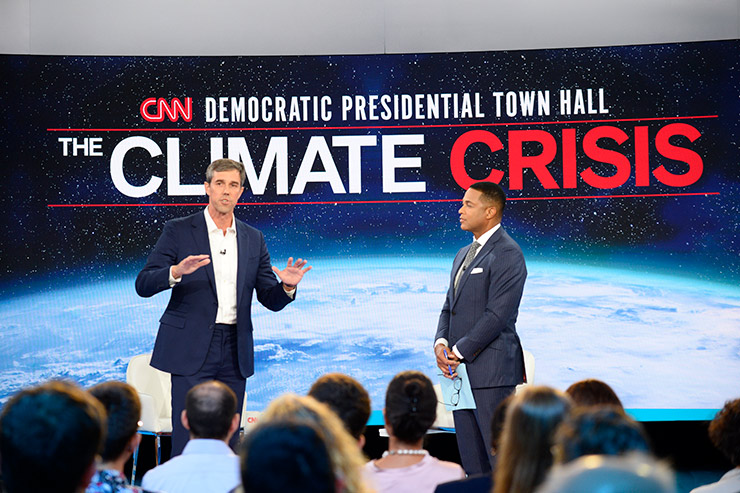 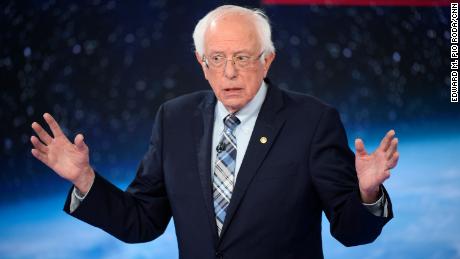 Sanders has the most expensive climate action plan of all the 2020 contenders at a staggering $16.3 trillion. Of course, he was asked to defend the cost of his plan and the senator made it clear that he believes the federal government is the only entity well enough equipped to address the crisis in earnest which will come with a sizeable price tag. When asked if his plan was realistic Sanders had the following to say,

“Is it realistic?….My response is, is it realistic to not listen to the scientists and to create a situation where the planet where our children and grandchildren and future generations will be living in will be increasingly uninhabitable and unhealthy?”

Senator Sanders stood his ground that the scale of the climate emergency will require a lot of money for action. Additionally, through an audience question, he addressed the fact that controlling population growth is an important component of acting on climate change. He expressed that reproductive justice is an important part of environmental justice and that the federal government should support family planning at home and abroad through foreign policy and foreign aid expenditures.

Two Other Noteworthy Quotes from Sanders:

“The coal miners in this country, the men and women who work on the oil rigs, they are not my enemy. What is my enemy is climate change and what we have done is build into our plan, tens of billions of dollars for a just transition.”

“Let me say it again, in the view of the scientists who have studied this issue the most, we are fighting for the survival of the planet earth. Our only home. How is this not a major priority?” 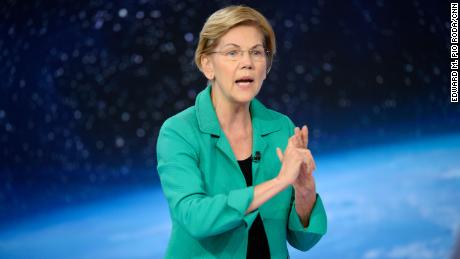 Senator Warren had the standout performance of the night. She was clear, on-message and helped frame climate action in terms of opportunity and what citizens stand to gain from their government. In short, Elizabeth Warren knows the ins and outs of climate change and she has a multitude of policies to address it. One important point she made is that climate action isn’t a standalone political issue, rather our trade, healthcare, foreign policy, agriculture etc, policies must fundamentally incorporate climate change.

When asked how she would implement her ambition of a renewable energy future when our nation is still so reliant on fossil fuels and nuclear energy she had this to say about pushing industry:

“Back when we first started talking about auto emissions we set emissions standards that at that point the auto industry said, ‘we have no way to meet them’ and the answer was, ‘figure out a way.’ They invented the catalytic converter and lo and behold they cut emissions.”

Other important points she made is that a green energy future will be reliant upon workers to build infrastructure and that these men and women cannot be forgotten. Additionally, after being prompted with an audience question, Warren stated that in addition to a Green New Deal, there needs to exist a “Blue New Deal” to address ocean conservation and mitigation issues.

However, Warren’s most memorable moment came when she was asked a question by moderator Chris Cuomo about President Trump’s recent rollback of energy-efficient lightbulb regulations Cuomo asked, “Do you think that the government should be in the business of telling you what kind of light bulb you can have?” To which, she replied, “Oh come on, give me a break. This is exactly what the fossil fuel industry wants us to be talking about. That’s what they want us to talk about: This is your problem.”

As Mother Jones wrote, Warren’s answer serves as a blueprint for how Democrats should address attacks from the right about taking away personal convenience from Americans. 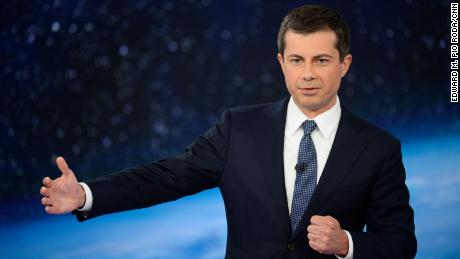 As the only candidate to take the subway to the town hall, Mayor Pete stood out as getting to the heart of how rural communities (like the ones in Wisconsin, Pennsylvania, Iowa and Ohio that Democrats will need to win in order to take back the White House) should be engaged on climate issues. For instance, he suggested framing climate action in the context of moral duty and how for religious people it’s what God would want them to do to protect his creation. Specifically, Buttigieg said that pollution should be labeled as a sort of sin.

CNN’s anchors kept asking candidates what personal sacrifices they would ask Americans to make in order to address climate change and Pete had the best rebuttal of the night when he explained that the question misses the point of how we do something about the crisis. He stated that “No individual can be expected to single-handedly solve this problem. It’s why we invented government.”

Other notable points made by Pete was the need to call upon Americans to take a vested interest in shaping a safer future for their children as well as using the military as a lever for more sustainable practices through its immense spending power–a point missed by most other candidates. 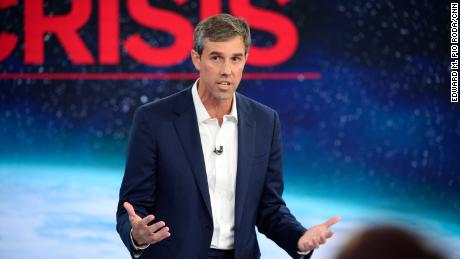 Beto’s biggest moment came when he revived the debate between carbon cap and trade and a carbon tax. After that, his answers were painted with pretty broad brush strokes and offered few specifics for how a President O’Rourke might utilize the components of the federal government to make the biggest impact on climate change. He dodged a question about whether or not he thinks Texans should be allowed to live in certain places that continue to experience natural disasters–as a Texan that would have been a relevant answer to hear. An important point that Beto did make was that “The United States has the opportunity to lead” on trade issues to help the rest of the world become better actors on climate issues. 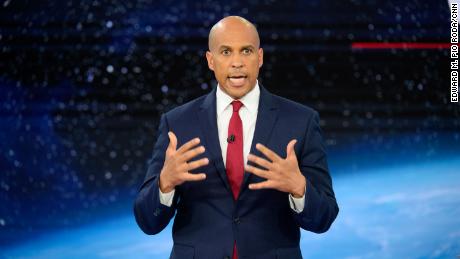 Senator Cory Booker is known for being an engaging and gregarious speaker and that certainly came through last night at the town hall. As with his newly-released climate plan, Booker made the focus of his night environmental justice and the assurance that communities aren’t left behind in our transition to a greener future. Emphasizing that “resiliency, resiliency, resiliency” should be a core concept of any presidential climate strategy Booker also said that  “we’re Americans, we take care of our own” as his call to action for the country.

As with the lightbulb question, CNN also asked many candidates if they would take away people’s beef to which Booker (a known vegan) replied that “I’m for eating what you want but not our government subsidizing things that make you sick” in reference to subsidies given to CAFOs in our country that not only treat animals poorly but also poison the environment. Overall, Booker answered audience questions clearly and expressed that as president he would also call on Americans to do their part to support our democracy and fellow citizens.

If you’re an infectious disease with the sole aim of infecting as many people as possible, then Donald Trump seems like your perfect president. In one of the more bizarre recent interviews the President has given, he told Axios’ Jonathan Swam that he has the coronavirus situation under control. When Swam pushed back and […]

Why This Matters:  In these four states, climate change is not a future problem — it is an emergency today.

Heroes of the Week: Investigative Reporters In Ohio Who Blew the Lid On Dirty Power Scandal

A team of investigative reporters from the Akron Beacon Journal, Cincinnati Enquirer, and the Columbus Dispatch (all part of the USA Today Network) have been doing some top-notch investigative reporting, helping to expose one of the largest corruption scheme in the history of the state.  Their recent stories have shed a light on the elaborate […]