During a Global Pandemic, Construction of Keystone XL Pipeline Continues 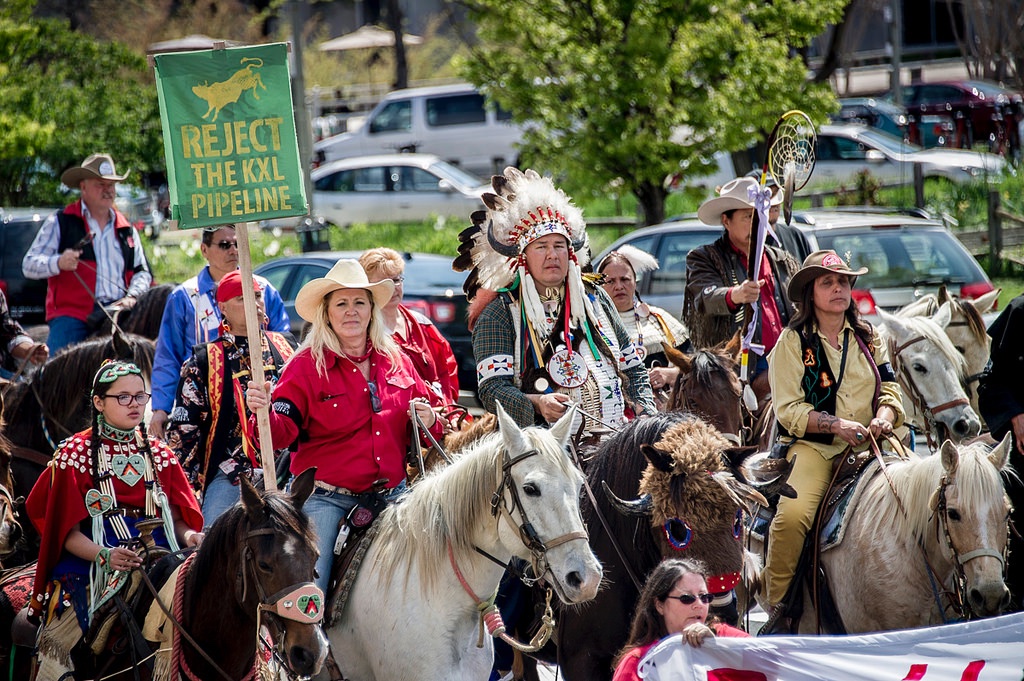 Though there was a brief moment of victory for indigenous communities in the legal battle against Dakota Access Pipeline just last month, developer TC Energy got a surprise go-ahead for construction this week on their Keystone XL Pipeline. Thanks to the provincial government of Alberta, Canada (where the pipeline originates), the company has secured around $1.4 billion for the construction of the pipeline as well as a $4.2 billion loan guarantee.

To make matters worse, TC Energy wants to proceed with the construction of the pipeline in the midst of a global pandemic that requires social distancing and stringent public safety precautions as a means to slow the spread.

Why This Matters: While the company may not be able to begin construction on American soil that will not stop them from creating “man camps” along the proposed route of the pipeline to house pipeline workers. These camps will bring in large groups of workers to these rural areas and risk exposing inhabitants there to the coronavirus. This is a major risk for communities along the proposed route where the average age of residents is around 73 years old at the same time that there’s very limited access to healthcare.

Go Deeper: Read more about the dangers of these man camps in Bill McKibben’s piece for the New Yorker.

“Legally, TC Energy is facing eminent domain lawsuits from landowners, and county boards have not granted permits in Nebraska, while nationally there are several lawsuits in federal court challenging the project’s permits and seeking a preliminary injunction on construction.”

Dangers Multiply: We wrote previously about how pipelines are a public health risk to local communities because of oil spill threats and destruction of local ecology, but it now threatens community lives with the possibility of spreading COVID-19 to areas that may have been able to avoid exposure.

The threat is made worse by public officials not taking the concerns of affected communities seriously. For example, the Governor of Nebraska, Pete Ricketts, is not requiring out-of-state works on the Keystone XL pipeline to be quarantined and the Governor of South Dakota, Kristi Noem, recently just signed legislation that took protest rights away from those that oppose the pipeline.

What You Can Do: Sign on to support Bold Nebraska’s petition to stop the construction of the pipeline during the pandemic. Also please consider supporting groups like the Lakota People’s Law Project as they continue to battle the pipeline project.

by Amy Lupica, ODP Staff Writer The Keystone XL isn’t the only oil pipeline under threat of having its permit revoked. A battle is ramping up in Michigan, where Governor Gretchen Whitmer ordered Calgary-based Enbridge to shut down a nearly 70-year-old pipeline that carries millions of barrels of crude oil beneath the Great Lakes each day. Indigenous communities […]