Eminent Domain in the Age of Climate Change 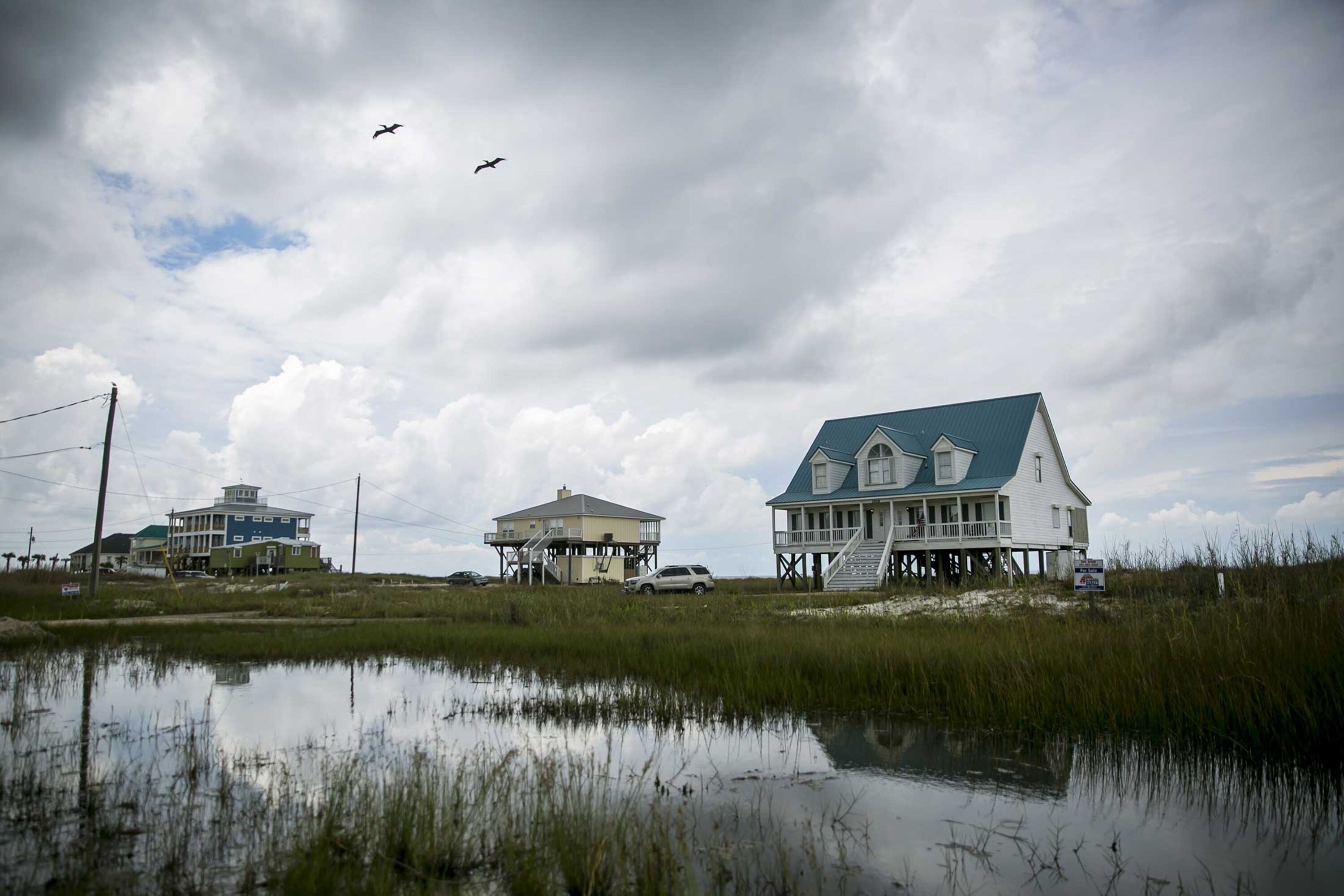 As Christopher Flavelle wrote for the New York Times yesterday, “eminent domain — the government’s authority to take private property, with compensation, for public use — has long been viewed as too blunt a tool for getting people out of disaster-prone areas. Even when the purpose of eminent domain is seen as legitimate, elected officials are generally loathe to evict people.”

However, climate change, rising sea levels, and shifting floodplains have forced the Army Corps of Engineers to take a much more firm stance on eminent domain in order to move people at risk of flooding out of harm’s way.

As Chris went on to explain, federally funded buyouts have usually been voluntary and residents could decline. But at the end of 2015, the Corps said that voluntary programs were “not acceptable” and that all future buyout programs “must include the option to use eminent domain, where warranted.”

In high-risk regions like Miami-Dade County and the Florida Keys, the Army Corps has made all buyouts mandatory.

The Army Corps Response: According to its mission, the Corps can provide the full range of technical services and planning guidance that is needed to support effective flood plain management. This includes protecting Americans from flooding and coastal storms including building sea walls, levees and other protections, and elevating homes. The Corps generally pays two-thirds of the cost, which can stretch into billions of dollars. The local government usually pays the rest.

For instance, in Miami, the Corps has been tasked with coming up with solutions to protect 2.8 million people and $311 billion in property value from the more destructive hurricanes and rising seas that are resulting from climate change. As the Miami Herald reported, the Corps mentions that acquiring the land needed to build the floodwalls and storm surge barriers could involve eminent domain. They estimate they would buy out, relocate or purchase a part of 359 properties in Miami-Dade, many of which are condominiums.

Under-Water Real Estate: As sea levels continue to rise and coastlines are washed away we’ll have to contend with the legal question of who owns the land that goes underwater? As Flavelle wrote when he was a reporter for Bloomberg,

“Versions of that debate are taking place in courtrooms, legislatures, and government offices, raising the question of whether and when climate change justifies seizing private property. The stakes are enormous, affecting not just ownership of offshore mineral and fishing rights but also potentially trillions of dollars of coastal real estate.”

State of Emergency: In 2019 we saw several presidential candidates vow to declare climate change a national emergency. Such a move would give the President of the United States special authority for things like eminent domain to ready the nation for climate change and to build more rail and renewable energy transmission infrastructure. However, the flip side is that eminent domain would be terribly politically unpopular–just look at how heated Americans become at the thought of the government “taking their guns away.”

But to some extent, eminent domain will occur both in Democratic ad Republican administrations–as the current Corps policy isn’t slowing down with a Trump White House. Lawmakers need to prepare for a political strategy to help navigate this reality.

Why This Matters: Extraordinary times call for extraordinary measures and as a society we will have to start increasingly making tough choices: limiting our “freedoms” for the sake of the public benefit. In a country like the United States where individual liberty is a strong value that may become difficult.

Eminent domain won’t just be needed for climate preparedness measures, it will be required for many important climate mitigation measures like expanding high-speed rail and building renewable energy transmission infrastructure. In order to limit climate change and also adapt to its inevitable effects, we’re going to have to come together as a society much as we did during 1940s war effort, that will include limits on our individual freedoms…..the question is, have we become too selfish of a society to rise to the challenge?

Races To Watch: Alaska’s Senate Election Is Closer Than Expected

Thanks to some help from the Lincoln Project and self-inflicted wounds that have put Republican incumbent Senator Dan Sullivan on the defensive, in Alaska the challenger, Dr. Al Gross, an orthopedic surgeon, is making a strong run.

Why This Matters:  The Pebble Mine project is opposed by a majority of Alaskans because of the harm it could cause to the extremely valuable Bristol Bay commercial salmon fishery, and to pristine Alaskan wilderness.

by Julia Pyper, Host/Producer, Political Climate At least 62 million Americans have already cast their ballots nationwide, with Election Day still more than 10 days away. Are environmental issues mobilizing voters? And could these environmental voters tip the scales in battleground states? In a high-stakes election for climate advocates, early voting data looks positive, according […]

In the runup to the election next week, we talked with Jean-Luc Duvall, who is a climate organizer with the League of Conservation Voters in North Carolina.  In his spare time, Jean-Luc is running for a local office in his home of Wake County.  Here are a few of the highlights.