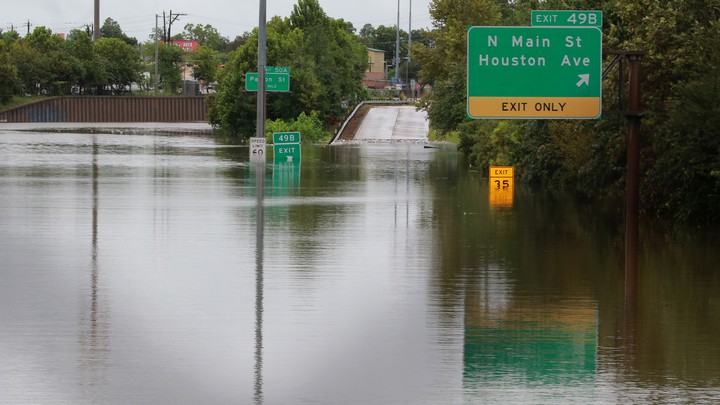 As the third tropical storm of the season, Cristobal, sits in the Gulf of Mexico picking up steam like a pinball aiming for the coast somewhere from Houston to New Orleans, a new analysis of federal flood insurance payouts shows that flooding in the U.S. disproportionately harms black neighborhoods.  E&E News looked at the data and found that flood damage is concentrated in cities and that the residents of urban areas “who are most vulnerable—those who live in the lowest-lying areas or in neighborhoods without green space to absorb water—are often poor and members of minority groups.”

Why This Matters:  This is not new news – there have been studies pointing out this disparity for years.  Indeed, more than a year ago, the National Academies of Science (NAS) issued a report that said that “Severe storms ‘fall on the rich and poor alike,’ but low-income neighborhoods suffer more damage from urban flooding,” according to Scientific American’s news report of the study.  That NAS study contained the following powerful conclusion: “Impacts [of urban flooding] vary across the social spectrum, with vulnerable populations at higher risk, yet less protected by insurance or the social safety net.”  It is time to fix this problem, as we must act to end systemic racism in all elements of American life.

Entitled “Framing the Challenge of Urban Flooding in the U.S.,”  the NAS report cites “decades of research, which demonstrates that impacts from flooding tend to fall disproportionately on the most vulnerable and resource-constrained members of society, including children, the elderly, disabled, poor, and renters.”   It further explains the ways that flooding disproportionately impacts these communities: “low educational attainment has been associated with a lower awareness of flood hazards. Poor, nonwhite, immigrants, and non-native English speakers disproportionally reside in flood-prone areas, but often have limited resources for flood mitigation…Many of these groups, including the poor, disabled, homeless, and renters, often have limited access to post-flood housing. Finally, the elderly, children, chronically ill, pregnant women, and the uninsured all have heightened risk to waterborne diseases.”

The study also found that climate change-related risks, such as record rainfall coming from the wetter rainstorms and severe storms that result in flash floods and storm surges make it more difficult to predict both the extent and locations of future flood damage. For example, before Hurricane Harvey hit Houston the worst storm on record there flooded about 73,000 homes — that is the “old normal.” Hurricane Harvey, by contrast, damaged 208,353 homes and most were outside of the flood-prone areas on federal flood maps.  One of the basic problems that the NAS found was that historical flood records in urban centers don’t include the costs of more frequent small floods and uninsured damage, including resulting health problems and unemployment in areas where businesses are shut down.