Futurist Tony Seba: The 2020s Will Be the “Most Disruptive Decade in History” 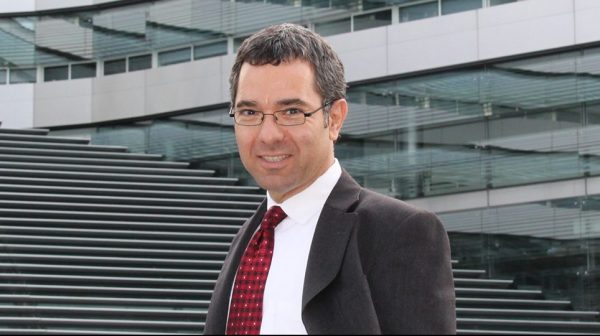 Tony Seba has a track record of making accurate predictions. In 2014, the Stanford University futurist projected that clean energy technologies would fundamentally disrupt the fossil fuel industry, a notion that other experts said was deluded. Flash forward to today, and Seba correctly forecast the rapid decline in solar photovoltaic and lithium-ion battery costs. He also predicted the collapse of the coal industry and oil prices.

In Seba’s new book, “Rethinking Humanity,” he predicts that the 2020s will be “the most disruptive decade in history” — not only for the energy industry, but for every major industry in the world today. Across information, energy, food, transportation and materials, Seba believes that costs will drop by 10x or more over the next decade, while production will become an order of magnitude more efficient.

“It’s not just about cost and getting more yield out of the existing resources; it’s a fundamentally different production system, one we call ‘a system of creation,’” Seba told the Political Climate podcast. “So instead of taking resources from nature and breaking them down, we’re going to essentially build up what we need.”

Why This Matters: Technology advancement will continue to reshape societies and the global economy in the coming years, at the same time as populations cope with the fallout from the COVID-19 pandemic and other predictable shocks. Whether or not disruption occurs at the scale Seba describes, world leaders will have to adapt in order to see their communities thrive.

Seba argues that today’s incumbent leadership in government and industry are making the same mistakes as fallen civilizations of the past, such as Babylonia and Rome, by looking backward to restore a system based on centralization and extraction when confronted with change.

“If we don’t work to develop a new organizing system then essentially history indicates that we’re going to centralize more. And that’s what we’re seeing now with COVID. We’re centralizing more, we’re building walls, we’re sending troops to our own cities,” he said. “These are signs of increased centralization in the face of collapse.”

The Age of Freedom: While Seba believes that the 2020s will be characterized by disruption, the outcome isn’t necessarily bad. The Industrial Revolution that gave rise to Western Europe and later the United States is giving way to a new world order that Seba calls the “Age of Freedom.” This new era is characterized by creation and decentralization, technology convergence and cost declines, which Seba says has the potential to solve many of the world’s toughest problems.

“We will have over the next 10 years the ability to solve all — all — of the world’s most intractable issues: poverty, inequality, violence, climate change, environmental degradation … food insecurity, malnutrition. And at the same time, and get money back,” he said.

The direction in which human civilization ultimately goes depends on the choices that today’s leaders make.