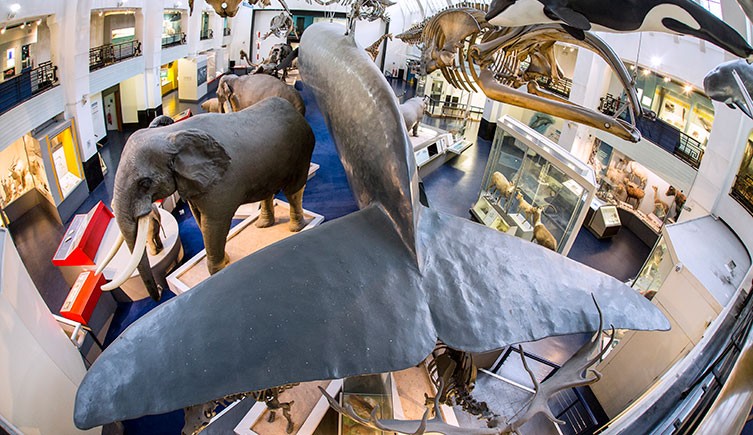 A scientist at the Natural History Museum in London has discovered that while the institution boasts an incomparable natural history collection, it has significantly more male specimens than female specimens. In her study, Dr. Natalie Cooper discovered the same male skew in four other leading natural history museums around the world (American Museum of Natural History, the Field Museum, Muséum National d’Histoire Naturelle, the Smithsonian).

What This Means: As the Guardian explained,

“At a time of unprecedented importance for scientists to understand ecosystems and work to protect endangered animals, any research that has used these kinds of collections is likely to be inaccurate. For instance, chemicals found in specimens are analysed to learn about their migration patterns, but some species have gender-specific diets.”

More on the Study: As Dr. Cooper explained, “We found – perhaps unsurprisingly – that there was a bias towards male specimens. It is worse in birds than in mammals, with only about 40% of bird specimens being females, but around 48% female in mammals.”

The Male Bias: Journalist Caroline Criado Perez explained in Scientific American that the issue is that we’re so used to seeing the male body and lifestyle as just the standard human body and the standard human way of doing things. This also extends into scientific data collection which comes at the detriment of scientific knowledge. Criado Perez noted that the male data bias might also mean that,

Why This Matters: Not only do women struggle for representation in science but biases held by male researchers can inhibit our understanding of species and ecosystems. If the goal of conservation is to preserve species and we’re only studying how the male of that species functions then we’re not getting a full understanding of how to best protect threatened animals. Breaking gender bias must begin early but we must also begin to example all the instances of default male preference in our lives and workplaces if we’re to make a difference overall.