Green Groups Urge Haaland to Reject Drilling in the Everglades 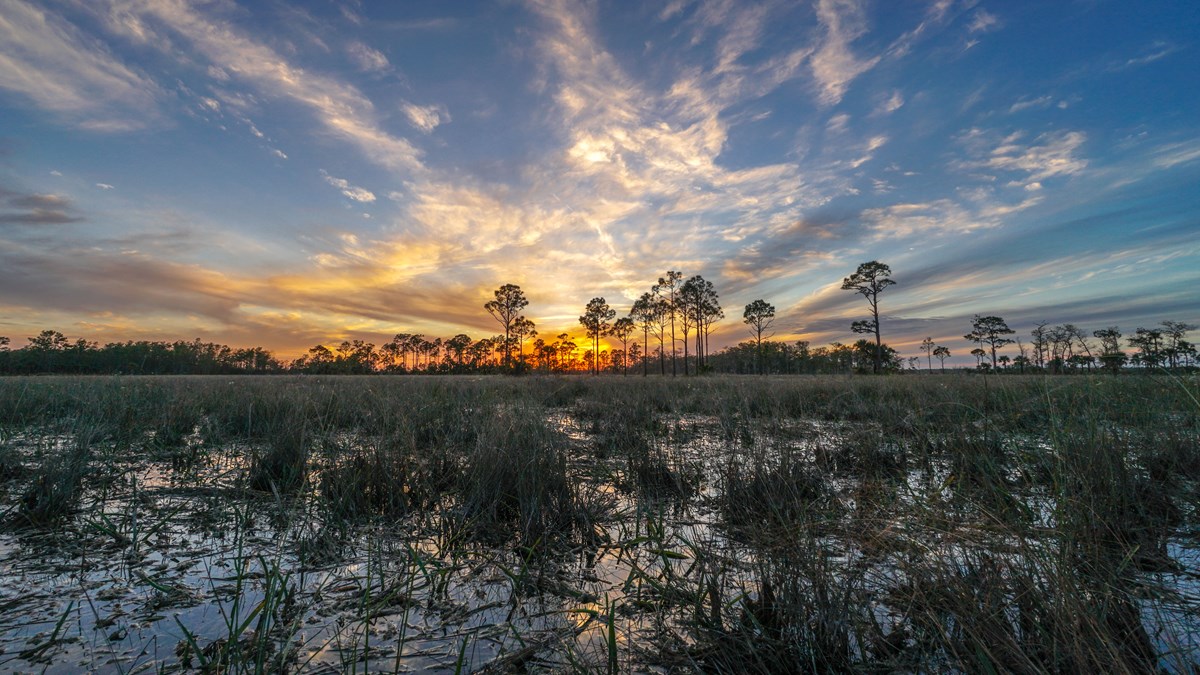 On Tuesday, a coalition of conservation organizations signed a letter to the Interior Department Secretary Deb Haaland, urging her to deny Burnett Oil Company’s requests to drill for oil in Big Cypress National Preserve which is a part of the Greater Everglades.

“The proposed oil extraction activities would be detrimental to the Preserve’s purposes and impair the Preserve for the enjoyment of future generations,” the letter states.

The coalition says that drilling in the region goes against the Biden-Harris administration’s initiatives to combat the climate crisis, conserve 30% of public lands and waters by 2030, and deliver environmental justice.

Why This Matters: In the first two days of the Biden administration, the Interior Department placed a moratorium on oil and gas drilling on public lands, in keeping with President Biden’s campaign promises. The order banned any new leasing, drilling, or mining, on public lands for 60 days, and since then has been extended indefinitely. Advocates worry that in addition to going against those early actions, granting new drilling leases will infringe upon the Indigenous sovereignty of the Miccosukee tribal lands, when the Biden administration has promised to uphold Indigenous sovereignty and deliver environmental justice.

For many, this case offers the new administration an opportunity to prove its commitment to climate action, public health, conservation, and environmental justice.

The Objection:  The letter notes that Burnett Oil has “already caused extensive damage during its first phase of oil exploration within a 110-square mile area,” and, “has not yet completed the required mitigation or monitoring required by its National Park Service access permit.”

If granted the permit, Burnett Oil plans to go through with three more phases of drilling, encompassing 366 square miles, one whole third of the preserve. This, the letter states would violate a statute that, although it does not entirely prohibit oil and gas drilling, prohibits “threatened uses that would be detrimental to the purposes of the Preserve.”

For-Everglades: For the past 20 years, a project to restore the Florida Everglades has been moving forward in “fits and starts.”

The region is just now seeing a resurgence of key species including the Florida panther, which bounced back from the brink of extinction from just 30 individuals to 200. Even so, 25% of 1,200 surveyed species in Florida are currently at risk of losing 50% of their populations in the next 30 years. The Everglades’ mangrove forests also serve as a crucial carbon sink, sequestering up to $3.4 billion worth of carbon. But that superpower may be weakened if oil companies are allowed to extract in these fragile ecosystems.

Days after announcing a $1.6 billion investment into national parks, reserves, and Indigenous schools, Secretary of the Interior Deb Haaland visited Bears Ears National Monument to speak to Utah state and Tribal leaders about the future of the monument.

Why This Matters: In 2017, the Trump administration reduced the Monument by nearly one million acres and opened the land up to cattle grazing and off-road vehicles.

by Amy Lupica, ODP Staff Writer The Department of the Interior announced Friday that it will use funds allocated by a conservation bill passed last year to fund 165 national park improvement projects that will create nearly 19,000 jobs.  The Biden administration has pledged to protect 30% of public lands and waters by 2030, but accomplishing that means completing deferred maintenance […]

The Federal Emergency Management Agency announced late last week a new pricing structure for its federal flood insurance program.  The federal government has been subsidizing flood insurance for people in areas defined by the government as flood-prone — the new pricing takes into account the actual risk to people’s homes.

Why This Matters:  The prior system was inequitable and FEMA says its new system will mean that low-income people with less valuable homes will pay only their fair share.