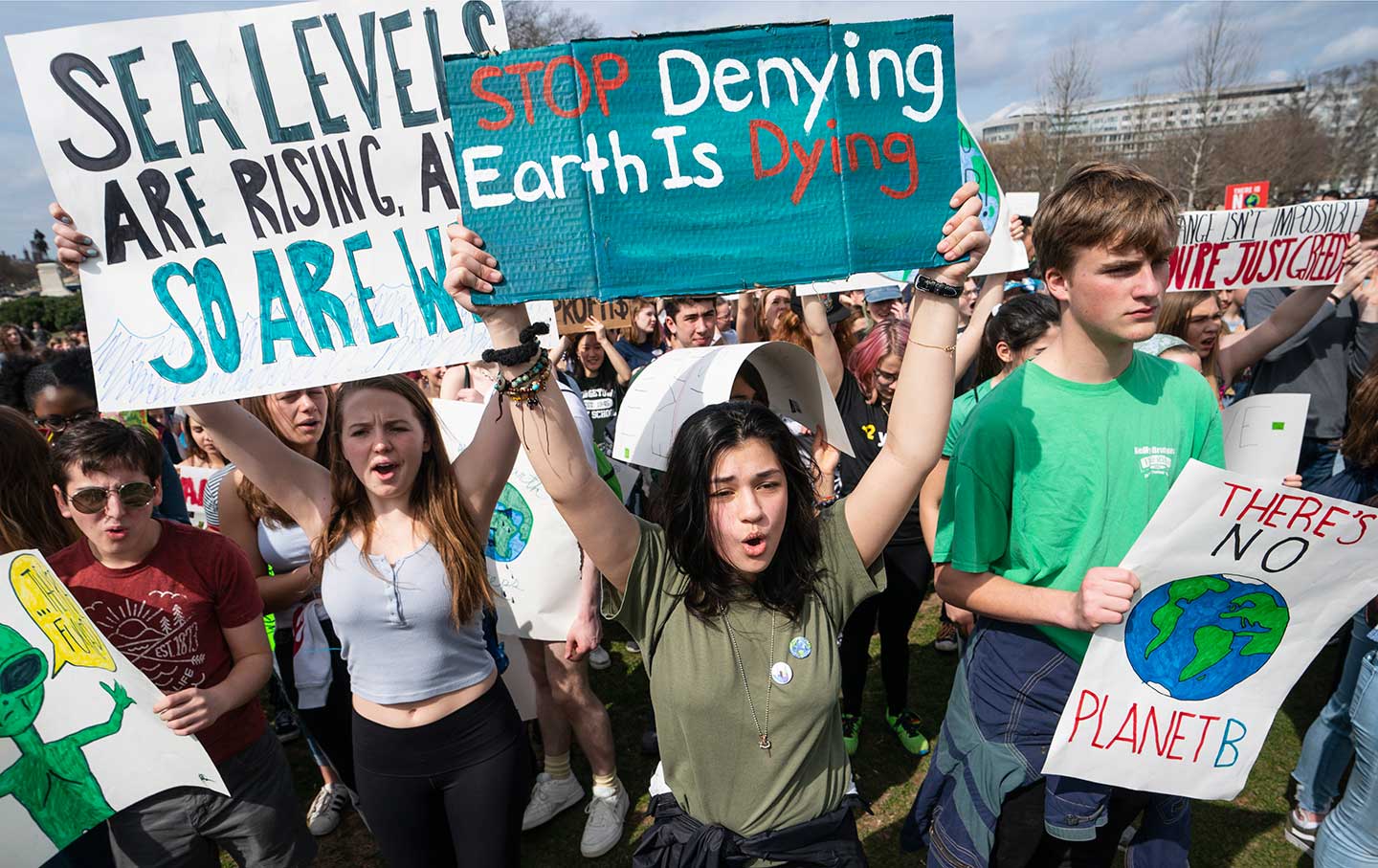 This week we’re taking a deeper dive into the IPCC in anticipation of their new report on climate change and land which will come out this Thursday. Check out our previous stories on the history of the IPCC and how their comprehensive reports are written. Today we’ll explore how the IPCC’s climate reports have shaped the global perception of climate change and have given rise to a new wave of activism.

The IPCC has published five comprehensive assessment reports reviewing the best available climate science since 1990. However, their 5th Assessment Report finalized in 2014, as well as last year’s special report on the impacts of global warming of 1.5 °C, have helped shape the urgency by which current climate activism is fueled.

5th Assessment Report: As the Union of Concerned Scientists explained, the 5th assessment report, AR5,  is the most comprehensive report to date. Experts from more than 80 countries contributed to this assessment, which represents six years of work. More than 830 lead authors and review editors drew on the work of over 1000 contributors. About 2,000 expert reviewers provided over 140,000 review comments. AR5 assessed more extensively than prior assessments the socioeconomic impacts of climate change and the challenges for sustainable development. But what was really important is that AR5 paved the way for the Paris Climate Agreement negotiations and the eventual signing of the agreement by 174 nations.

1.5 °C Report: This special report released in October of last year revealed the statistic you’ve likely heard: that we have roughly a decade to take drastic action on climate change if we want to avoid its most dire consequences. According to the Earth Day Network, the report revealed “limiting global warming to 1.5°C would require “rapid and far-reaching” transitions in land, energy, industry, buildings, transport, and cities. Global net human-caused emissions of carbon dioxide (CO2) would need to fall by about 45 percent from 2010 levels by 2030, reaching ‘net zero’ around 2050. This means that any remaining emissions would need to be balanced by removing CO2 from the air.” It’s these startling figures that helped pave the way for the Green New Deal resolution as well as the wave of youth climate activism with groups such as the Sunrise Movement and This is Zero Hour often citing the report here in the States. It’s also helped propel climate change as an urgent issue for Democratic candidates in the 2020 presidential race as voters are demanding action plans.

What IPCC Says, Goes: As C2ES explained the IPCC does not conduct independent research, rather it convenes climate experts from around the world every five to seven years to synthesize the latest climate research findings in peer-reviewed and published scientific/technical literature. So this means that when new assessments are put out the world pays attention and reacts as the IPCC is such a trusted authority on climate change.

The IPCC’s 6th Assessment Report is due to be published in 2022.

Billions of dollars of disaster preparedness funding are up for grabs from the Trump Administration, but to improve their odds of getting some of it, states are going out of their way NOT to mention climate change, according to The New York Times.

Why This Matters:  Climate denials — explicit or implicit — don’t make its impacts or the need to adapt any less real.

Human rights advocates are cheering a landmark decision by the UN Human Rights Committee (HRC) mandating that governments must take into account the human rights violations caused by the climate crisis when considering the deportation of asylum seekers. In the decision, the UNHRC outlined that countries could violate people’s international rights if they force them […]

This year the World Economic Forum’s annual risks report focuses on climate change in a major way because its effects are entirely undeniable.