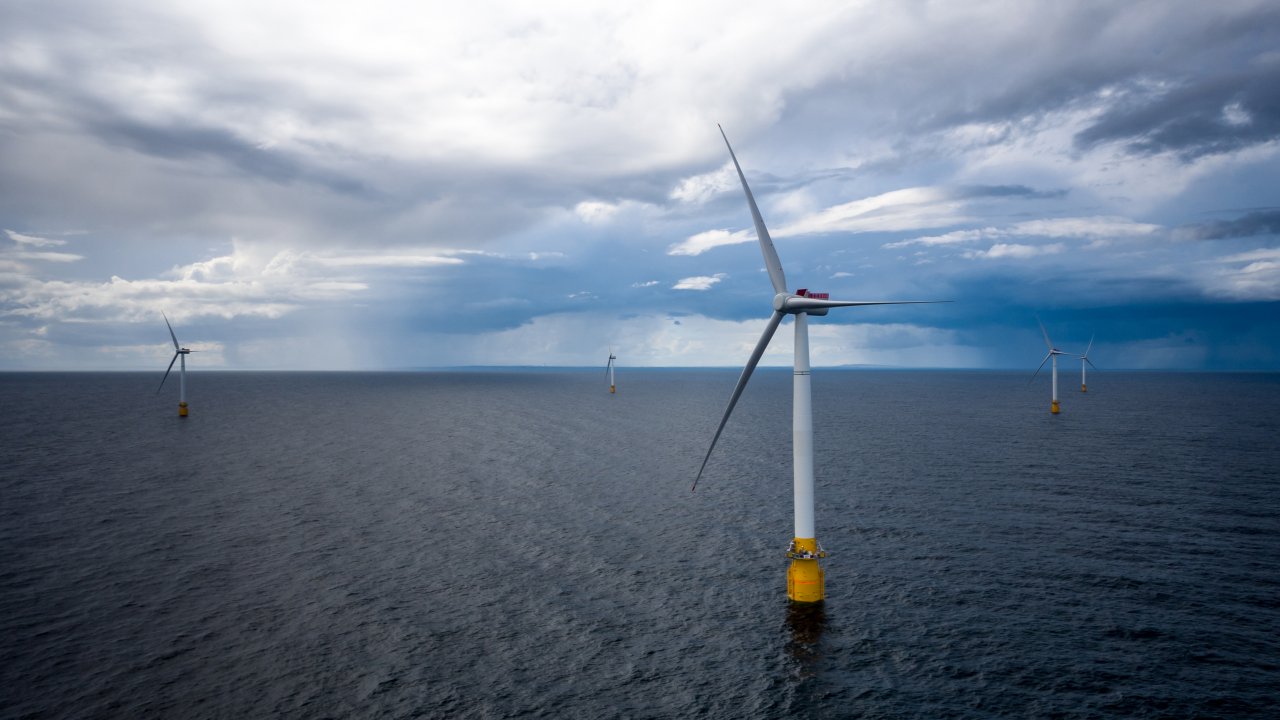 The world’s first floating wind farm off the coast of Scotland is breaking records for energy output. Three years after installing the offshore turbines in the rough North Sea waters 15 miles off the coast of Aberdeen, it’s the UK’s best-performing wind farm with the highest average “capacity factor” — the ratio of actual energy output to maximum possible — in the country, handily beating out other wind farms closer to shore. The Hywind turbines are in an especially windy area, but it’s still a positive result for floating offshore projects.

Equinor, the energy company behind the Hywind project, is working on an even bigger floating wind farm off the coast of Norway and has been selected for New York’s upcoming offshore project, dubbed Empire Wind.

Why This Matters: The Hywind project demonstrates that floating wind farms are worth the work to set up farther from shore, as they can generate more energy from stronger, more consistent winds at sea. The five Hywind turbines alone power about 20,000 British homes, increasing the UK’s clean power sourcing. This week, the Biden administration announced a target of generating 30 gigawatts of power from offshore wind by the end of the decade — enough to power 10 million American homes. The success of Scotland’s floating wind farm is a positive sign for the U.S. effort to ramp up wind energy as part of our broader clean energy transition.

How a floating turbine stays anchored: Wind farms close to shore drill into the ocean floor to create a fixed foundation, but floating offshore wind farms stay in place differently. The massive 575-foot tall turbines are about the height of the Washington Monument, with about 250 feet of counterbalance below the surface. These massive columns are attached to the seabed with mooring lines and anchors — similar to how floating oil platforms are stabilized. This comes from Equinor’s former life in the oil and gas industry as Statoil.

Offshore wind by the numbers:

Harnessing that wind power with floating turbines could power as many as 12 million homes in Europe by 2030.