by Monica Medina and Miro Korenha

President Trump is the Climate Denier- in-Chief. He says wind turbines cause cancer (they don’t), that energy-efficient light bulbs make him look bad (what doesn’t?), we need more water to wash our dishes (that’s expensive and wasteful), and that energy-efficient building have no windows (wrong again). He promised to bring back the “good old days” of Texas oil barons like JR Ewing (or maybe the Clampetts), and he has put in place policies that prop up dying coal mines and power plants, and uses the powers of government to lend a hand to pollution-spewing oil and gas operations — all things that take us backward for sure. This week the President went even further, spinning a dystopian fairy tale saying that “eliminating carbon” use would result in the “wholesale destruction of our entire energy industry and many other industries, the economic evisceration of entire communities, and the unfettered offshoring of millions of our best jobs to foreign countries and foreign polluters.  Millions and millions of jobs would go.” He tripled down on the tired old anti-environmental trope that regulations that protect the environment kill jobs and destroy communities.

Meanwhile, former Vice President Joe Biden this week flipped the basic jobs versus the environment paradigm on its head. He argued that sustaining the natural world and combating climate change, reigning in runaway pollution and weaning the world off finite natural resources like fossil fuels are more than just compatible with economic growth. In the future, these activities will increasingly fuel our prosperity.  He is the first candidate for President in the modern era to put forward a vision of our future in truly revolutionary new strokes — not grounded in nostalgic wishes for days gone by or even fear of a climate crisis that could eventually destroy our way of life.  Ironically, Biden is not the one peddling fear to sell his vision, Trump is.

Biden released the most comprehensive climate and energy plan we’ve ever seen from a presumptive presidential nominee.  To put this in perspective, the $90 billion energy and environmental stimulus package in 2009 was HUGE at the time, bigger than anything in this field ever attempted before it.  Biden’s 2020 plan, at $2 trillion, is more than ten times bigger. And he pitched it as a transformational economic growth plan — a sweeping roadmap for job creation and economic stimulus.  As Miranda’s Hamilton would say, “The World Turned Upside Down.”

But you don’t have to take his word for the economic might of the so-called “Nature Economy.” Last week, the World Economic Forum, the organization that brings together global business leaders and economists and heads of state, issued the second of three reports on what they call “the Great Reset” — the transition towards a nature-positive economy.  According to their experts, this “is a path that can provide a win-win for nature, people and business.  It can unlock an estimated $10 trillion of business opportunities by transforming the three economic systems that are responsible for almost 80% of nature loss.”  Those economic systems are agriculture and fisheries, the built environment and infrastructure, and energy.  They see the path to prosperity as tied to changing the way people (businesses and governments) interact with nature in each of these systems.

And therein lies one of the biggest differences between Trump and Biden.  While President Trump has routinely tried to slash funding for conservation, endangered species protection, and climate action, Joe Biden knows that a habitable planet for future generations is one with healthy ecosystems and sustainable energy sources.  Biden’s vision is further exemplified in his economic development plan for rural America which is grounded in conservation and a transition to sustainable agriculture and regional food systems.

Contrast this to the Trump administration’s conduct during this time of record job loss.  While Trump bailed out the oil industry, workers got little to no relief and faced massive layoffs and permanent job losses.  And the only message coming from the White House to workers looking for a job to pay their bills was to “find something new” without any sort of policy agenda to create the jobs of the future.

Politicians who refuse to acknowledge the dangers of unabashed resource extraction and pollution are not being honest about the risks that these activities pose to our economy and future prosperity.  When federal dollars are spent propping up the fossil fuel industry it means they’re not being invested in the jobs of tomorrow.  And when these same lawmakers continue to perpetuate the false dichotomy that the environment and the economy are two separate entities in competition with one another, we lose precious time to invest in the solutions that protect our planet while putting Americans back to work.

In the end, the choice between Trump and Biden was already a no brainer.  And it was crystalized by Biden himself this week when he put it this simply: “When Donald Trump thinks about climate change, the only word he can muster is ‘hoax.’ When I think about climate change, the word I think of is ‘jobs.’” And the message to President Trump is also crystal clear: Biden’s plan is not socialism or a green disaster, “It’s the Nature Economy, Stupid.”

By Amy Lupica, ODP Daily Editor The battle over Enbridge’s Line 5 pipeline is heating up as mediation between the Canadian-based company and the Michigan government breaks down. Now, Canada is invoking Article Six of the 1977 Transit Pipelines Treaty, which guarantees uninterrupted flow of light crude oil between the US and Canada, to keep […] 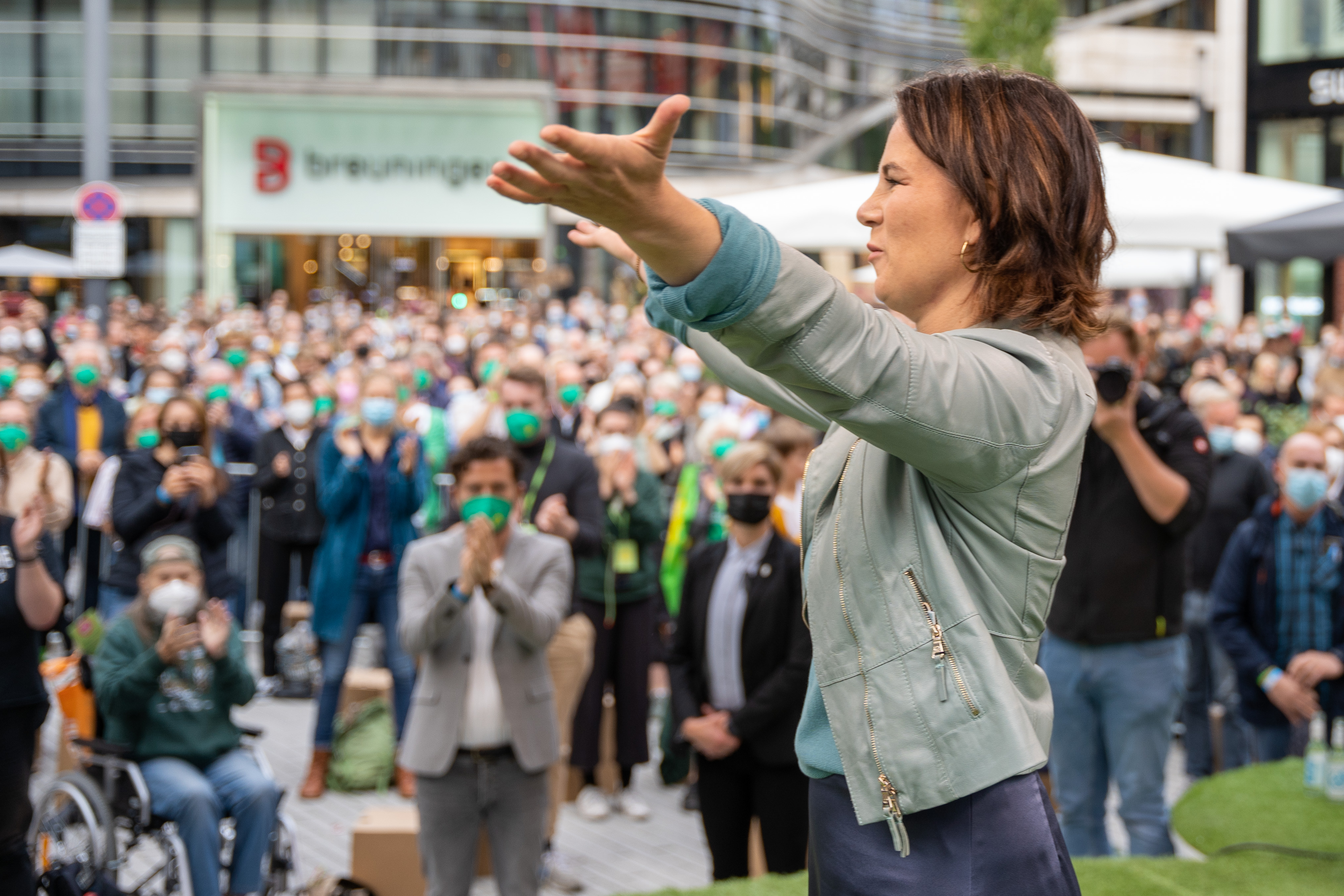 What the German Election Results Mean for Climate Change

by Ashira Morris, ODP Staff Writer In the German campaign to elect Chancellor Angel Merkel’s successor, the Green Party led in the polls earlier this spring. Their candidate Annalena Baerbock looked like she could become the party’s first chancellor. Although the Greens didn’t win in Sunday’s election, they received just shy of 15% of the […]

Last week was Climate Week NYC, and Third Way and the Environmental Defense Fund (EDF) came together to host speakers from across the country in a conversation on how thoughtful public policy can be a catalyst to empower climate innovation. The event, Meeting the Moment, featured speakers including: Lieutenant Governor of Wisconsin Mandela Barnes; Board […]