Kangaroos: The Risks of the World’s Largest Wildlife Trade 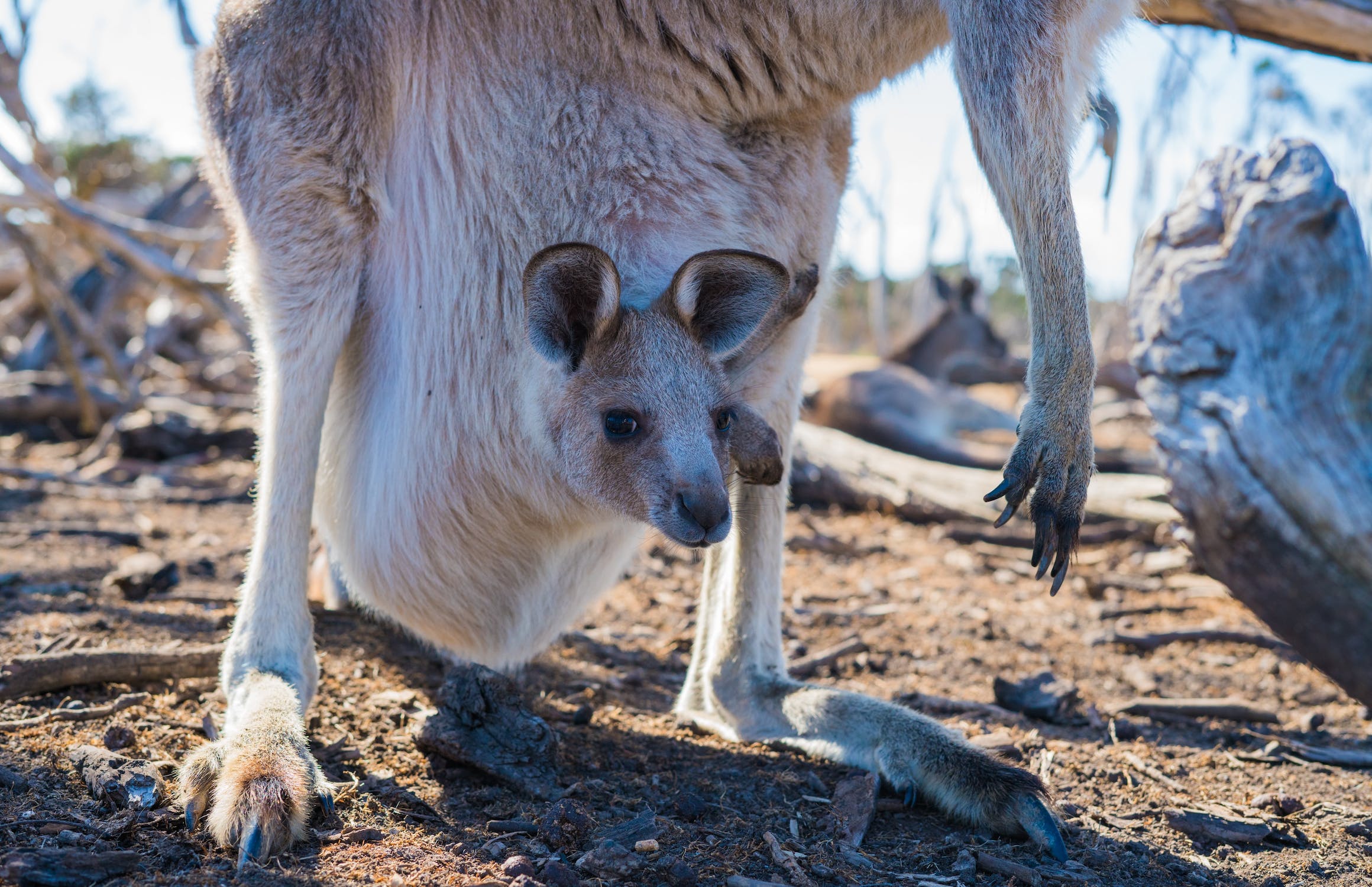 How does a great six-foot tall adult male Red Kangaroo, elegantly bounding across Australia’s iconic orange desert, become a public health risk in the form of a steak in a supermarket cooler, or in a can of dog or cat food on store shelves or US retailers such as Chewy.com?

Australia has the highest rates of mammalian extinction on the planet. The killing of the country’s iconic kangaroos is the world’s largest land-based wildlife slaughter. For more than 200 years, kangaroos have been unrelentingly killed to satisfy demands of the rural sector which has destroyed kangaroo habitat and denuded Australia’s fragile landscapes. They are also killed to profit the government-sanctioned, though largely unregulated, commercial industry.  Over this time large populations of kangaroos have disappeared from across the continent.

Yet government approvals for the mass killings continue. In 2018, more than 1.5 million kangaroos were killed by the commercial industry alone, with an additional estimated 130,000 joeys as collateral deaths. Hundreds of thousands more kangaroos are killed by landowner and recreational shooting throughout the country.

Kangaroos are not raised on farms. Rather, they are shot in wild areas at night when they are most active. Their young joeys are clubbed or stomped to death. The animals are then butchered in the field, while hung on the back of the pick-up trucks, with removal of their intestines, feet and head.

Contamination of kangaroo meat is caused by spillage of the animals’ intestines onto muscle tissue during field butchering, or from unsanitary transportation where carcasses are hung on the back of open-air pick-up trucks, exposed to dust and flies in hot temperatures for many hours as the shooters continue working through the night. The animals are then kept in refrigerated shipping containers in rural areas for up to two weeks before being sent to a processing plant.

Here their meat is doused with acetic and lactic acids, which are not listed on consumer labels, and then butchered for human, dog and cat food. Their skins are made into leather goods, such as soccer shoes and car seats.

Kangaroos are also hosts to many pathogens, including Salmonella (a top priority zoonotic disease for the Centers for Disease Control), Toxoplasmosis and Q-fever. Kangaroo shooters and slaughterhouse workers, people who feed kangaroo to their dogs and cats, and consumers of kangaroo meat are at an increased risk of contracting pathogens and an emerging zoonosis through the killing and consumption of kangaroos.

Despite this, international export quantities of kangaroo meat for human consumption increased nearly threefold from nearly 5.3 million pounds in 2016 to over 13 million pounds in 2018. The US, Canada and Europe accounted for over half of the exports in 2018, with 154,00 pounds, 839,000 pounds and more than 8,500,000 pounds, respectively (obtained through Freedom of Information inquiry from the Australian Bureau of Statistics).

Russia, previously the largest market for kangaroo meat, permanently banned imports of kangaroo meat in 2014 after it found pathogens such as E. coli and Salmonella for the third time. Between 2013 to 2015, there were cases of Salmonella found in imported kangaroo meat for human consumption by the European Union.

Exposure to these diseases is not exclusively through human consumption of fresh kangaroo meat. In 2014, kangaroo meat dog food was recalled across the United States due to potential Salmonella contamination. An April 2020 study by the University of Sydney found Q fever disease was transmitted to humans from cats that were fed kangaroo meat pet food.

Seventy-five percent of all new human viruses originate in animals, and a 2017 study in the journal Nature found that eastern Australia is a global hotspot for emerging infectious diseases. Mass mortality events in commercially killed kangaroo populations are common, although the government allows for continued shooting of kangaroos in the affected areas for human, dog and cat food. The pathogens causing these mass deaths remain largely unidentified and their potential risk to consumers is unknown. It is recognized that Australian endemic wildlife viruses, including those hosted by kangaroos, are largely unexamined or poorly understood.

Dr. Tedros Adhanom Ghebreyesus, Director-General of the World Health Organization, declared in April that “governments must rigorously enforce bans on the sale and trade of wildlife for food.” We agree.

Kangaroos constitute the world’s largest land-based bushmeat trade.  This industry should be included in any investigation of  the world’s wildlife trade and future risks of emerging pathogens. We call for an end to the slaughter of kangaroos to protect the species, and the health of humans and companion animals.

What You Can Do: Please consider signing this petition asking Chewy.com to stop selling kangaroo meat in pet food.

Dr. Dror Ben-Ami is a specialist in kangaroo and wallaby biology, co-founder of THINKK: the Think Tank for Kangaroos, and the Centre for Compassionate Conservation at the University of Technology Sydney. He is also a Director of Voiceless, the Animal Protection Institute.

Helen Bergen was a policy advisor in Australian federal politics for 15 years, where her work included the politics of kangaroos. She is a researcher for an environmental scientist who also specializes in handling kangaroos, and analysis of government kangaroo surveys and data. She also coordinates the Kangaroos at Risk project.

lauren Ornelas, is the founder of the Food Empowerment Project, which led the successful campaign to prevent the overturning of California’s import ban on kangaroo products, and won a lawsuit against Adidas for selling kangaroo leather shoes.
Lee Rhiannon was a Greens Member of the Legislative Council of the New South Wales Parliament from 1999-2010 and New South Wales Greens Senator in the Australian Senate from 2011-2018, where she worked on the kangaroo issue. Lee has a Science degree majoring in zoology and botany, with Honors in botany.

Sarah Newman holds a Master’s in Public Health, and is the coordinator for the Chewy.com campaign.