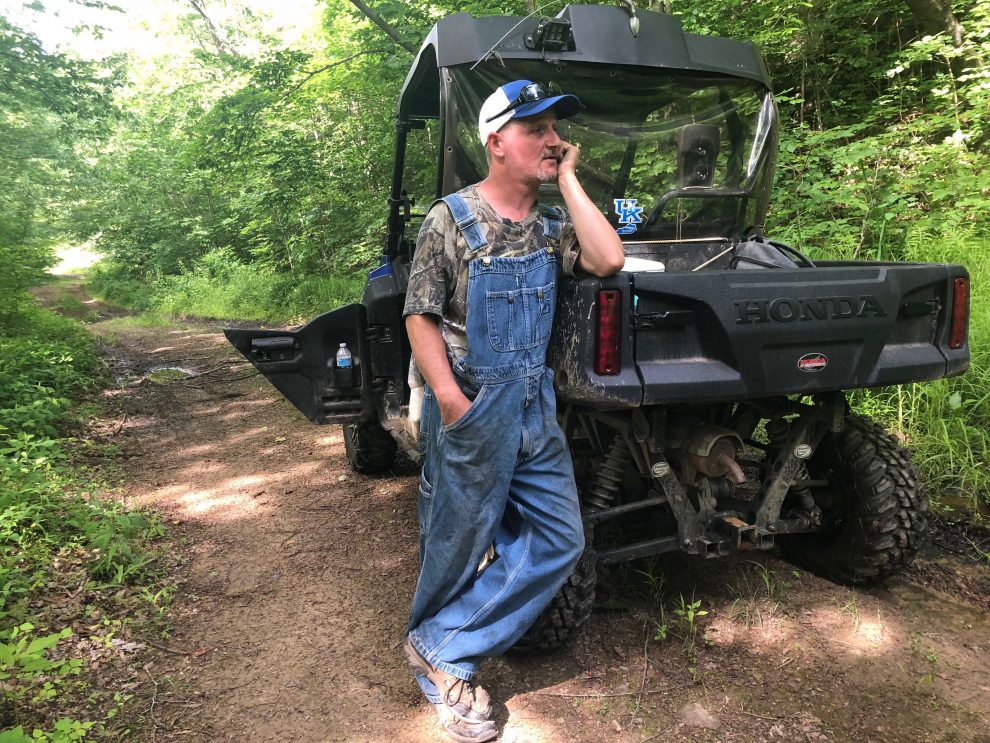 Todd Bentley stands in the hills near Harless Creek that has seen increased flooding as a result of climate change. Rachel Leven / Center for Public Integrity

You read previously that yesterday the Trump Administration began the formal withdrawal of the United States from the Paris Climate Agreement. The administration has also worked hard to replace the Clean Power Plan (CPP-the mechanism by which the US would meet its Paris targets) with a much weaker policy, which ultimately hurts the most vulnerable Americans the most. As Mother Jones explained,

What’s the Deal, KY?: Kentucky’s average temperature hardly changed over the 20th century but most of the state has had significant warming in the past 20 years. This has brought extreme rainstorms and catastrophic flooding. As Mother Jones noted in their piece, “For Kentucky’s poorest residents, the people living in flood-prone hollows with surface mines nearby, that means an ever-present threat to both life and hard-won possessions.” For reference, Kentucky’s Gov. Matt Bevin is a climate doubter, called Greta Thunberg “ill-informed,” and wants environmentalists to leave fossil fuels alone.

The Poor Are Hit the Hardest: More than half the counties hit by federally declared major disasters from 2009 to 2018 had larger shares of households receiving federal food aid than the state overall.

Coal Companies Not Held Liable: Last week we wrote about the exposé entitled “Captured by Coal,” where the Texas Tribune and Grist detail how the Texas state government has allowed coal companies to walk away from former coal facilities leaving a huge mess behind. Coal companies have helped cause the climate crisis and have destroyed the environment where they operate but industry-friendly politicians have prevented them from paying their fair share to clean up their mess.

Why This Matters: While Gov. Bevin is up for re-election today his opponent, Democrat Andy Beshear, acknowledges climate change is happening but also pushed for the demise of the CPP.

If KY lawmakers are concerned with helping their poorest constituents then they should want to do everything in their power to slow climate change and build resiliency for its worst effects.