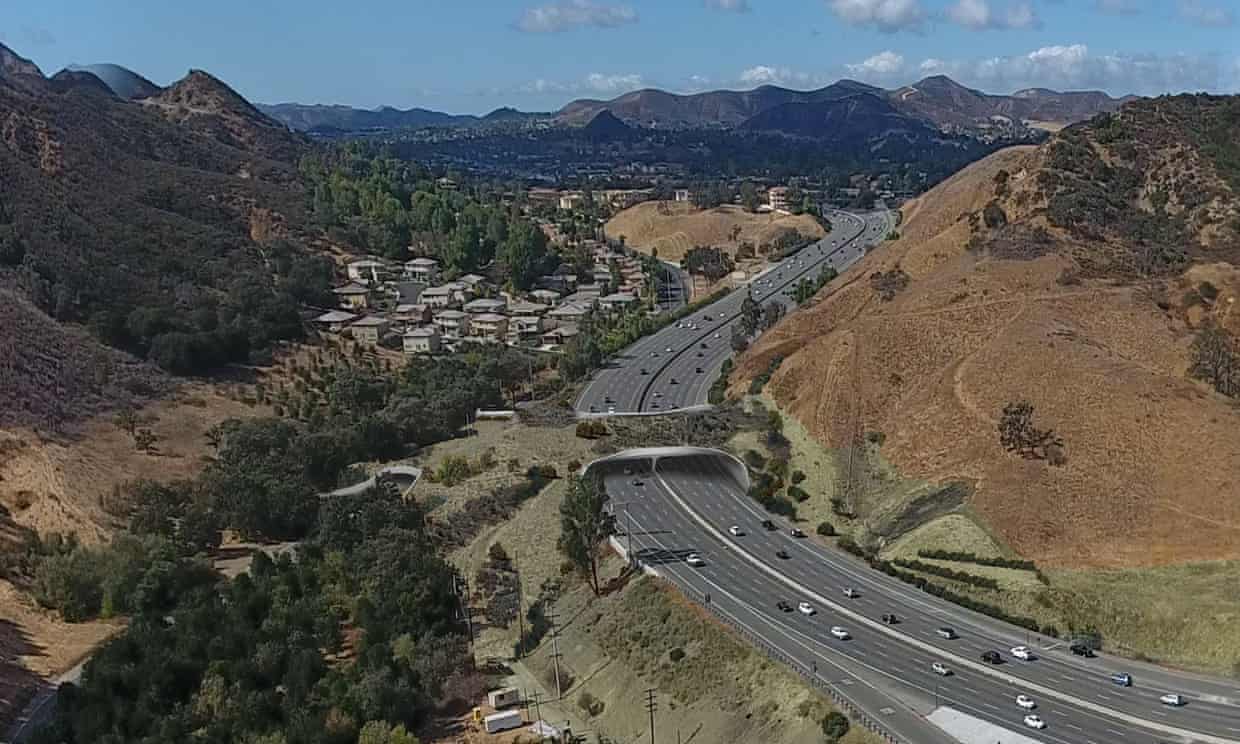 We’ve written before about the City of Los Angeles’ efforts to help protect endangered mountain lion populations in the city. There had been several ideas about how a wildlife corridor might be built in a city as bustling and populated as LA, but now officials are one step closer to building the world’s largest wildlife bridge. As KCAL 9 reported, “an $87-million wildlife bridge over the 101 Freeway in Agoura Hills entered its final design stage. If approved, the overpass would stretch 200 feet over 10 lanes of traffic, and would be equipped with vegetative landscapes.”

Why Wildlife Corridors Matter: As IFAW’s Beth Allgood explained in her recent Bright Ideas op-ed, “To effectively protect and support global biodiversity, we must ensure that protected areas are not isolated from one another. And one way to achieve that is to help connect protected areas of critical wildlife habitat by creating ‘wildlife corridors.’ With their migration pathways protected, wildlife is able to move more freely, appropriately, and safely, across landscapes and marinescapes to meet their basic needs including food, water, reproduction, and social structure.”

How this Affects LA: Beth Pratt of the National Wildlife Federation told the Guardian that previously animals could roam through different parts of the LA mountains until humans cut them off with giant roads. GPS tracking shows that the animals are largely isolated in their own small areas, unable to mingle. Pratt added that “Segmentation impacts animals both large and small: lizards and birds up to mountain lions.”

Why This Matters: If a city as big as LA can create a wildlife corridor, then that opens the possibility for many other cities to do the same. This is a big project but has shown that there is overwhelming public support for conservation projects such as these made evident by how many people have donated to the construction–the corridor has raised $13.4m from private donors. As of now, the project is on track to open in 2023.