Microgrids the Solution to CA’s Wildfires? 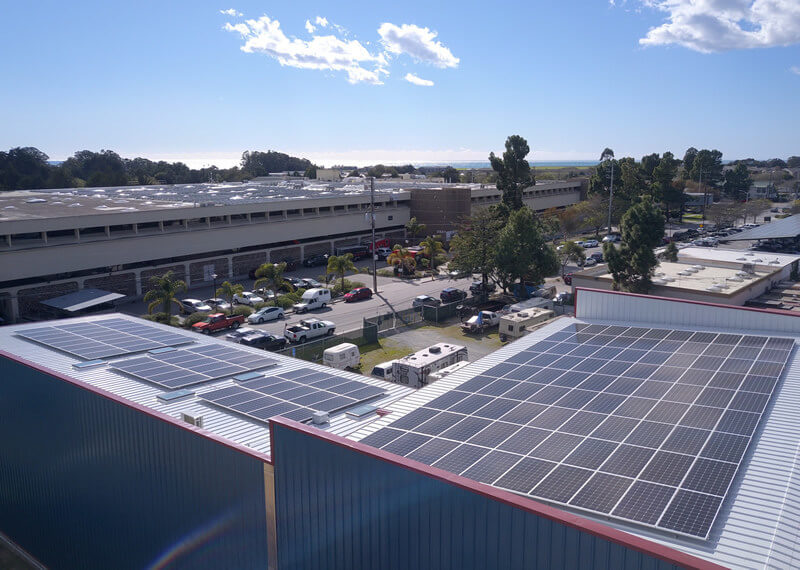 Last week the massive power shutoffs enacted by California’s largest electric utility, PG&E, affected millions of people and even lead to the death of a man whose ventilator stopped working. In the aftermath, there’s a lot of anger among PG&E customers and across the state, people are grappling with how to best address wildfire prevention. One of the solutions that have been written about is the implementation of microgrids, a small, self-contained electrical system that can be powered from renewable energy and has the ability to “island” from the power grid when outages happen.

We wanted to ask an expert about how microgrids could work on a large scale so we sat down with Tim Hade of Scale Microgrid Solutions to ask him a few questions.

The Big Picture: California’s grid is a “huge systemic problem” according to Hade who explained that not only has it not been properly maintained but that when it was built 100 years ago wildfire risks where nowhere near what they are today. However, today the focus can’t be on how we got here but rather what we’re going to do and how many resources utilities and the California state government will put toward helping expand microgrids.

Next Steps: Tim explained to us that in California, businesses and homeowners who can afford it are already creating microgrids and putting the right control panels in place so when grid power goes out, they’re able to power themselves independently through solar power. The deployment of distributed resources like these will only increase in the future and the state, as well as the utilities, should be looking to upgrade the grid to meet these needs instead of trying to fix and tweak existing problems. Hade was adamant, no one at the state level is thinking enough about distributed energy and solutions to support its expansion.

The Equity of It All: Owning a solar array plus battery storage is expensive and thus cost-prohibitive to many businesses and homeowners. Hade explained that his company makes money by selling microgrid solutions to entities with money and good credit but currently there are few incentive mechanisms available to the private sector to provide these services to a broader customer base. The California Public Utilities Commission’s current Self-Generation Incentive Program (which provides incentives to support existing, new, and emerging distributed energy resources) is a good start but its funding is still a drop in the bucket.

Blackouts Aren’t Working: By California’s Public Utility Commission’s own admission, the shut-offs did not go well. Additionally, when people have their grid power shut off they turn to diesel generators which have an outsized impact on pollution compared to other sources of power. Furthermore, these generators are only able to function so long as the fuel to power them can be purchased–this most recent outage saw long lines at gas stations.

Why This Matters: No one has ever built an electric grid that’s based on distributed resources and California has the opportunity to be the first place to do so. Not only would this mitigate wildfire risks but it would create types of green jobs that the Green New Deal calls for and would allow California to export this knowledge and technology around the world to other governments wanting to build the electric grids of the future. It’s an expensive proposition, but so is fighting wildfires and the other proposed wildfire solution for the grid: burying powerlines (at an estimated $243 billion).