Napa Valley Must Get Serious About Climate Change 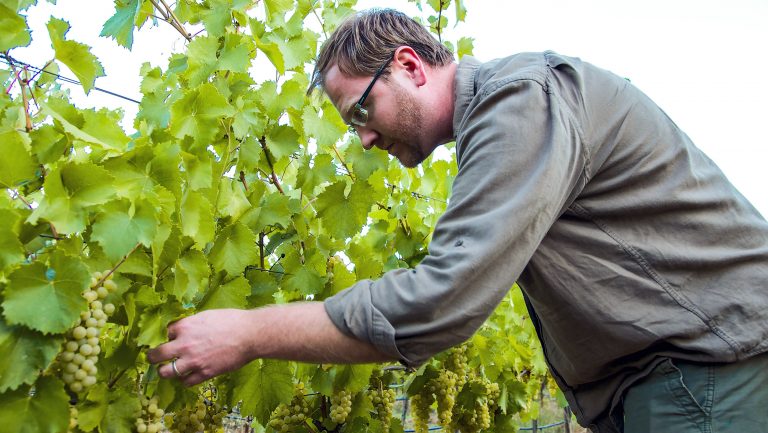 The cabernet grape is a staple of Napa Valley winemaking, but like many other California crops, cabernet is coming under increased threat from climate change. The SF Chronicle reported that  “as Napa’s wine industry continues to confront rising temperatures, increasingly frequent wildfires, intermittent drought and erratic weather, a small but growing contingent of vintners is becoming more vocal about the need to address climate change head-on. Frustrated by the lack of industry-wide action, some are taking matters into their own hands by planting experimental vineyards — and, in some cases, acknowledging that the future of Napa Valley may not lie solely with Cabernet.”

What Climate Change Means for Napa: Cultivating grapes requires precise environments and even reliable microclimates to give wines their unique properties. As a region prone to drought and warming temperatures Napa and neighboring regions like Sonoma face serious climate risks, as the Union of Concerned Scientists’ Climate Hot Map explained,

Why This Matters: What’s happening in Napa is a reflection of how climate change is damaging other wine-growing regions around the world and pushing them further north. California makes 81% of all U.S. wine and is the world’s 4th leading wine producer, so mitigating and adapting to climate change through land use and experimentation with different grape varietals is necessary to keep the multi-billion dollar industry thriving.

It’s Time for Climate Action to Sell Out


By Josh Freed, Senior Vice President for the Climate and Energy Program, Third Way   For years, climate news has offered one of the best doomscrolling fixes, up there with the pandemic and Donald Trump’s assault on democracy. But we’ve finally entered an era when the good news on climate is starting to outweigh the […]

Special Presidential Envoy on Climate (or “SPEC”) Kerry is engaging with key nations this week in the run-up to the Global Summit in two weeks.  In India yesterday he met with Prime Minister Narenda Modi, who reaffirmed his government’s commitment to its Paris pledges, including increasing its non-fossil fuel power capacity to 40% and substantially boosting forest cover to reduce CO2. Kerry visits Bangladesh today.

Why This Matters:  Kerry is using these visits to try to elicit elevated commitments from other major emitters — China and India.