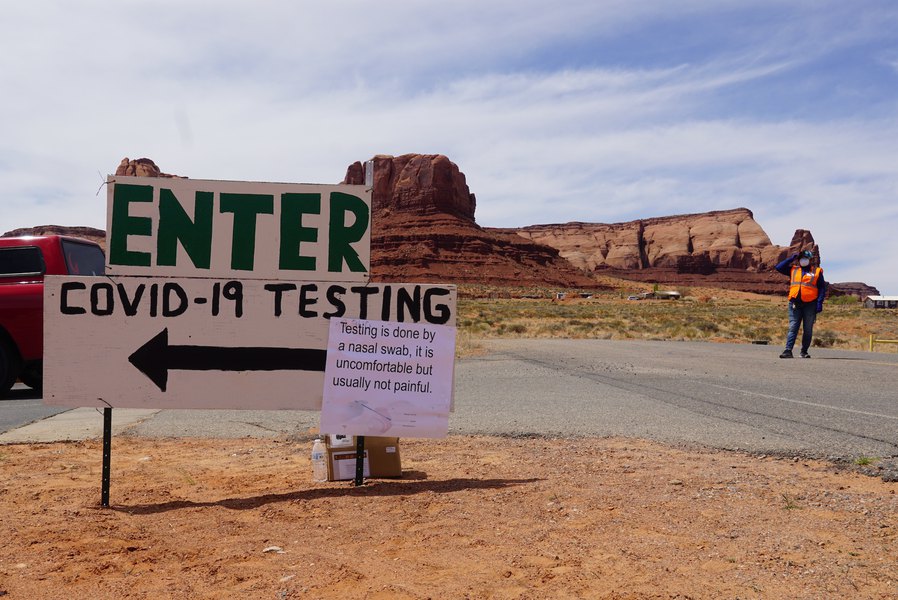 When the CARES Act passed through Congress, $8 billion was set aside to help Native American tribes face the COVID-19 pandemic yet by the end of April none of the appropriated funds had been received. After a legal battle, the Trump administration finally agreed to release the funds although not the full amount.

As Indianz.com reported, “rather than distribute the full $8 billion to communities that have been hit hard during the COVID-19 pandemic, the Department of the Treasury only plans to send $4.8 billion to Indian nations at this time. And the federal agency is doing so using completely different criteria than previously announced, when tribal leaders were required to submit certifications to the U.S. government under threat of criminal prosecution.”

Why This Matters: Native Americans have long suffered from inadequate health care and poverty and as a result have higher rates of diseases such as hypertension, diabetes, and heart disease. Even clean water for things like handwashing is not accessible on all tribal lands. These inequalities make many indigenous communities more vulnerable to COVID-19 as we’ve witnessed with the outbreak in the Navajo Nation. Our indigenous communities deserve so much better.

Why The Delay?: Legal disputes began over whether Alaskan tribal corporations should qualify for the federal stimulus funds. The Alaskan corporations own most of the Native land in Alaska due to a settlement in the 1970s, but they are not considered tribal governments. The 200 for-profit corporations argued that they should receive the funding so they could provide resources and assistance to native tribes in Alaska. Tribal nations across the country sued to say that they should not qualify, U.S. District Judge Amit Mehta in Washington D.C. agreed and ruled that the funding should go to the 574 federally recognized tribes in the United States.

Not Actually $8 Billion: Indianz.com explained in a separate article that only $4.8 billion, or 60% of the fund, is going out at this time.

Hope for Humanity: As the New York Times reported, more than 170 years ago, the Choctaw Nation (suffering from poverty itself) sent $170 to starving Irish families during the potato famine. Now hundreds of Irish people are repaying that old kindness, giving to a charity drive for two Native American tribes suffering in the Covid-19 pandemic.

As of Tuesday, the fund-raiser has raised more than $1.8 million to help supply clean water, food and health supplies to people in the Navajo Nation and the Hopi Reservation, with hundreds of thousands of dollars coming from Irish donors, according to the organizers.

Please consider giving to this drive if you’re able to!