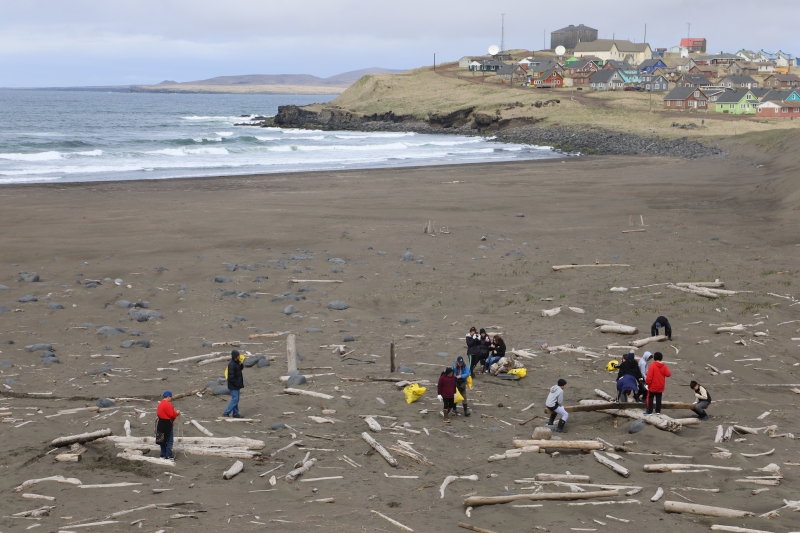 Along North Carolina’s coast, commercial fishers who used to catch clams are now bringing in marine debris. The four-man crew was contracted by the North Carolina Coastal Federation to haul away debris from Hurricane Florence, which hit the state in 2018. It’s funded by the NOAA Marine Debris Program, and what the fishers are bringing in isn’t just plastic wrappers and soda cans — it’s also large items, like pilings from poorly secured docks. From one island alone, the crew removed more than 50 tons of material.

“After the first day, I said, ‘We could do this forever.’ I’m not even joking. . .Because that’s just how much it was,” crew supervisor Joe Huie told Port City Daily. “We found so much debris we didn’t know if we could do the job.”

Why This Matters: The plight of North Carolina’s fishers shows the overlapping nature of climate crises: Hurricane Florence, which walloped the state, was especially damaging because of heavy rains that were much worse because of climate change. The flood of freshwater and topsoil from the hurricane harmed clams, fish, and oysters — and upended the livelihood of the people who fish for them. It also turned docks, piers, and other waterfront structures into debris. The marine debris-removal program is an intersectional solution to an intersectional problem, employing people who know the waters best while removing the toxic debris that would further harm wildlife and water quality.

Working with people who know the water: For Ted Wilgis, the Coastal Federation’s regional project lead, hiring commercial fishers to clean up the marshes was twofold. “It’s a combination of one: The expertise was there,” he told Port City Daily. “And two: Trying to support an integral part of our coastal economy.” The winning combination has been used in other parts of the country as well. In Alaska, a volunteer program pays fishers to clean up debris along the shoreline of the Kodiak Archipelago. Native communities in the Pacific Northwest, like the Makah Tribe in Washington who are removing derelict crab pots and lines in the Olympic Coast National Marine Sanctuary.

The best solution? Eliminating waste upstream: As well as removing debris, the North Carolina crew is also working with a local group that advocates for environmental regulation to help prevent waterfront structures from becoming debris. Suggestions include dock inspections, more stringent regulations, and notices sent to residents before hurricanes advising them to secure damaged docks.

For smaller pieces of plastic pollution, Zero Waste solutions take the problem on at the beginning of its life cycle and not its end — a plastic bag can’t become trash if it wasn’t produced in the first place.