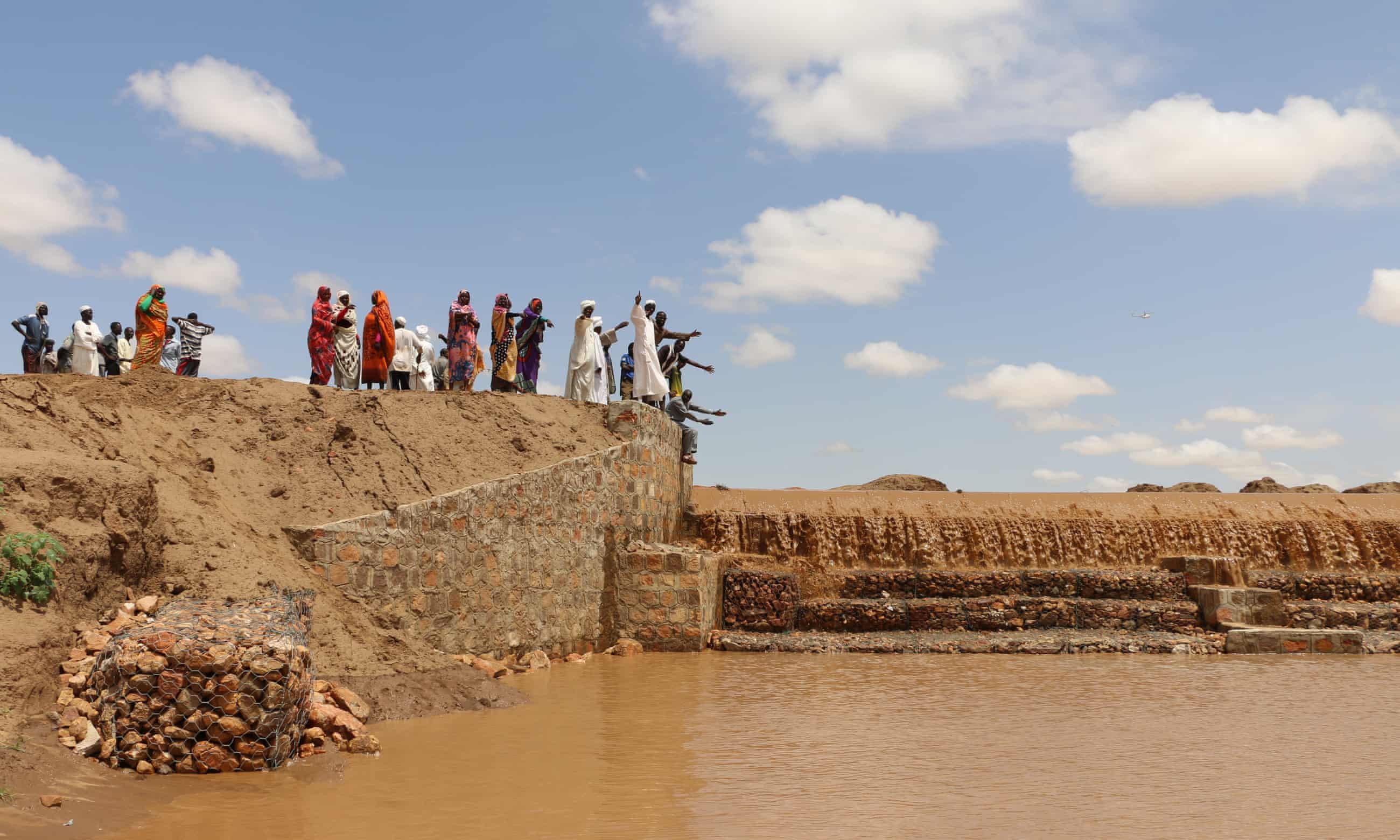 The Sail Gedaim weir in North Darfur. Image: The Guardian

Darfur has seen more than its fair share of turmoil. Millions were forced to flee a decade of violence that killed as many as 400,000 and many people remain in refugee camps today.

On top of this, the climate crisis is playing out in a very real way in the Sahel as the Sahara desert is expanding, temperatures are rising, precious rains becoming more erratic, and marginal existences are even more fragile.

But as the Guardian reported in its recent piece, a new approach is bearing fruit to manage water and bring peace:

Communities of farmers and nomadic camel herders, deadly enemies during the war, are coming together to plan and build the weirs. This has often meant meeting face to face for the first time since the conflict began in 2003, but recrimination has turned into cooperation over shared water, and even resulted in wedding invitations.

Repairing What’s Broken: As UNEP explained, in North Darfur, after more than a decade of strife that has eroded trust and traditional institutions responsible for negotiating the rights of access to water and grazing land, the reverse is unfolding: it’s these very scarce resources that are bringing conflict-weary people together and slowly mending trust.

Additionally, women are being empowered by being given a chance to participate in water management practices.

The How: Sudanese villagers — farmers and pastoralists — defined community action plans for each of the weir project’s 34 village councils, and also put together a three-dimensional, to-scale map of part of the area together, which included how everyone in the area saw their land, river and water, and how each group perceived the issues. Cooperation and inclusion were key.

Why This Matters: This story is hopeful and shows us the immense power of people coming together for a common good–in this case previous enemies. Water management in the climate crisis era will be difficult and not always solvable but if we can learn any lesson from this water sharing program it’s that we’re literally all in this together. Climate change will affect all of us and it will take all of us for meaningful action to slow its damage.

The National Flood Insurance Program is revising its rates for flood coverage on April 1st, and to reflect current risks, and experts say they may need to quadruple. FEMA’s new risk rating system will use a model proposed by the First Street Foundation, which found that by 2050, insurance premiums on flood-risk homes would need to rise sevenfold to cover the costs of annual damage.

Why This Matters: The rising premiums create a conundrum for the Biden administration, which has promised to honor science in federal policymaking but has also pledged to address economic issues facing the working class.

Clean energy, justice, and salmon: a once-in-a-lifetime opportunity in the Northwest