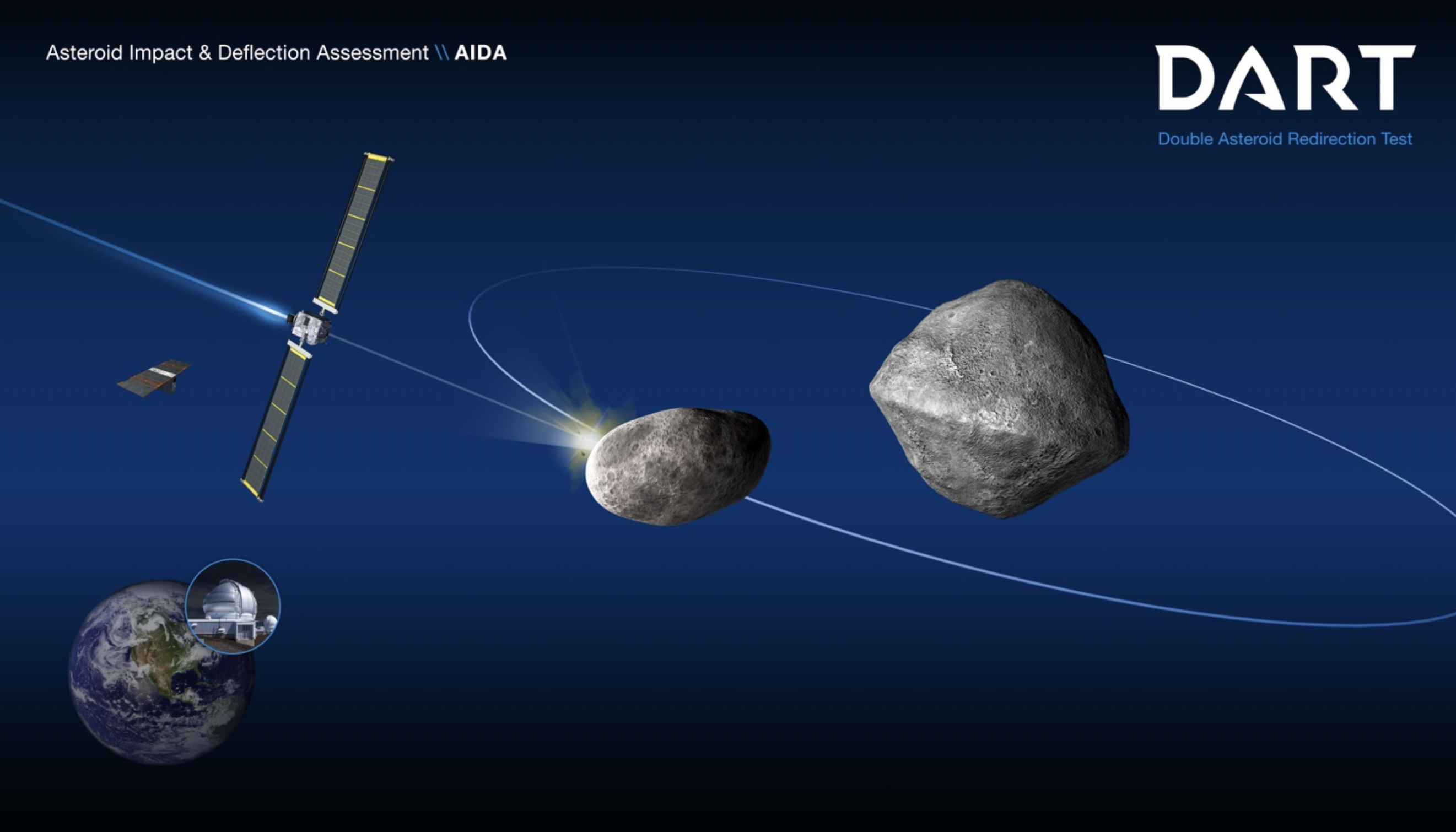 If you remember the summer of 1998 then you probably recall rival asteroid flicks Deep Impact and Armageddon which may have given you an irrational fear of humanity-destroying space objects. Except that fear may not have been so irrational after all as the world’s top space agencies have been attempting to collaborate on a mission to bust asteroids (known as AIDA).

Part of AIDA is the Double Asteroid Redirection Test (DART) mission led by NASA which is a planetary defense-driven test of technologies for preventing an impact of Earth by a hazardous asteroid. DART will target a near-Earth asteroid called Didymos in an effort to alter its orbit and this week the European Space Agency (ESA) announced that it’s officially in for some asteroid-smashing.

How This Works: DART is scheduled to launch atop a SpaceX Falcon 9 rocket in July 2021 and reach the Didymos two-asteroid system in October 2022. The NASA probe will then slam into “Didymoon,” the 540-foot-wide (165 meters) satellite of the 2,540-foot-wide (775 m) space rock Didymos in an effort to impact Didymos’ path. Telescopes on Earth will monitor how this impact affects Didymoon and how well the asteroid-deflection strategy fared.

Then–as Space.com explained–ESA’s spacecraft likely launch in 2023 or 2024 and get to the Didymos system two years later. The European spacecraft will gather a variety of types of data about the space rocks.

Why This Matters: The AIDA mission has some major hurdles before this week’s announcement that the ESA would officially be joining NASA to complete the objectives. International collaboration in space research over the past 5 decades has broadened our collective understanding of space as well as the processes that control our own planet. We’re all better off when we work together, in this instance it could one day save humanity!

More Space: Remember President Trump’s call to create “Space Force?” Well after the former Air Force pretty much laughed it off, new secretary Barbara Barrett stated on her first overseas trip that Space Force will be a major priority. Details are still scant but Barrett did say that it “won’t be as people-driven as some of the other services.” Actually, some argue that Space Force may not be such an absurd idea after all.

We’ll just leave you with this nostalgic moment as you form your own opinion:

Pentagon scientists have successfully tested a small solar panel that, when launched into space, can collect solar power and beam it to any place on earth. The special panel is called a Photovoltaic Radiofrequency Antenna Module (PRAM) and was launched last May attached to a drone that circles the earth once every 90 minutes. If scaled up, scientists say that these orbital solar panels could work 24/7 and collect more sunlight than those on earth, and provide power to remote areas of the globe and major power grids alike.

Why This Matters: Along with hurricanes, tornadoes, wildfires, and other natural disasters, climate change will also be increasing power outages. This new technology could play a role in reducing power outages and creating a globally connected power grid.

On Monday, SpaceX announced that it would launch the first all-civilian crew to space this year, with no training or assistance from NASA or another government agency.  Leading the four-person mission will be billionaire Jared Isaacman, an experienced pilot and CEO of e-commerce company Shift4.

Why this Matters: This publicity stunt is meant to suggest that the goal of space tourism — to bring ordinary citizens to outer space — is nearer than we think.

To many companies, space is the new “Wild West,” a “final frontier”  of resources to be exploited for profit. To avoid a “land rush” in space, nations and space companies will need to agree on what they can claim to own or even begin to extract from outer space before their competitors beat them to it.

Why this Matters:  Tesla and Amazon are working to make space travel and resource extraction for private citizens and companies possible.