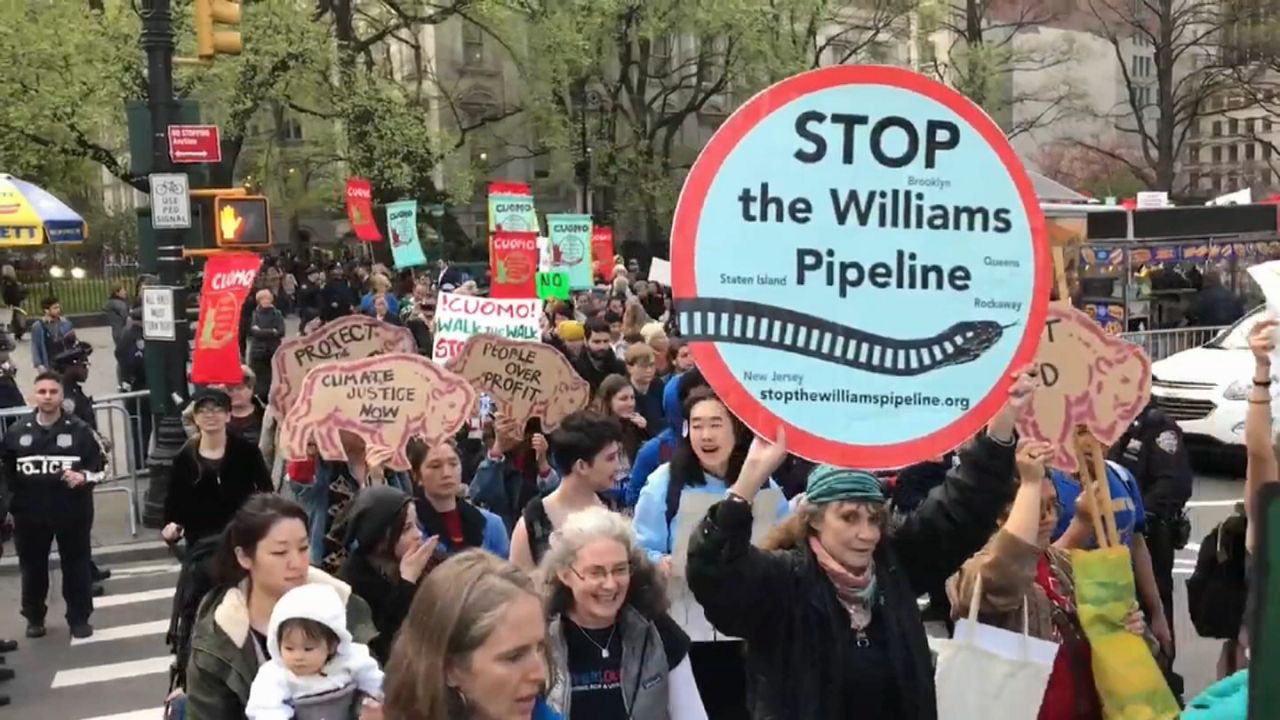 New York state environmental regulators denied for a third time a permit for a pipeline that would transport fracked natural gas from Pennsylvania to New York City and Long Island for two reasons: water quality in the Long Island Sound and fidelity to the state’s new law that requires the New York to transition its power sector to net-zero emissions by 2040 and reduce overall greenhouse gas emissions by 85 percent from 1990 levels by 2050.  The state’s Governor is similarly proposing a stimulus project to build new power lines from upstate New York and Canada to bring power to New York City as well as jumpstart job creation after the pandemic and promote clean energy.

Why This Matters:  This is how the stimulus funding from the federal government should work — it must be used to build cleaner and more efficient new infrastructure that decreases our dependence on fossil fuels.  If there are wind and solar energy — and even hydropower from Canada — that can provide New York City clean and affordable electric power, then that is a much better investment of public funds.  As the Governor said this week, “Let’s stop talking and let’s start doing.”

They Really Mean No

The Williams pipeline has been controversial for the last year and resulted in the Governor ordering the pipeline company to stop withholding gas from customers on Long Island in retaliation for the state denial of their pipeline permit.  The pipeline had easily been granted its federal permits — as we have explained, the federal agency that grants those permits essentially has not denied one in years.  But the state also must permit the pipeline and the regulators determined that its construction would cause “significant water quality impacts from the resuspension of sediments and other contaminants, including mercury and copper,” and “impacts to habitats due to the disturbance of shellfish beds and other benthic resources.” In addition, the state regulators found that the pipeline also “will result in GHG emissions, which cause and contribute to climate change. GHG emissions associated with the Project include those from the full lifecycle of natural gas that will be transported through the Project.”  A spokesperson for the state said of the decision, “New York is not prepared to sacrifice the State’s water quality for a project that is not only environmentally harmful but also unnecessary to meet New York’s energy needs.”

With the state beginning to turn the corner on the virus, Cuomo wants to now invest in major infrastructure projects, including energy and transportation, which would accelerate economic growth and job creation.  Noting that there is plenty of clean power being created in upstate New York and Canada, the Governor said at a news conference earlier this week, “Let’s run the transmission lines from Canada to New York City and get that power down here.”