“Penguin Protection System” Could Change the Tides for Emperor Penguins 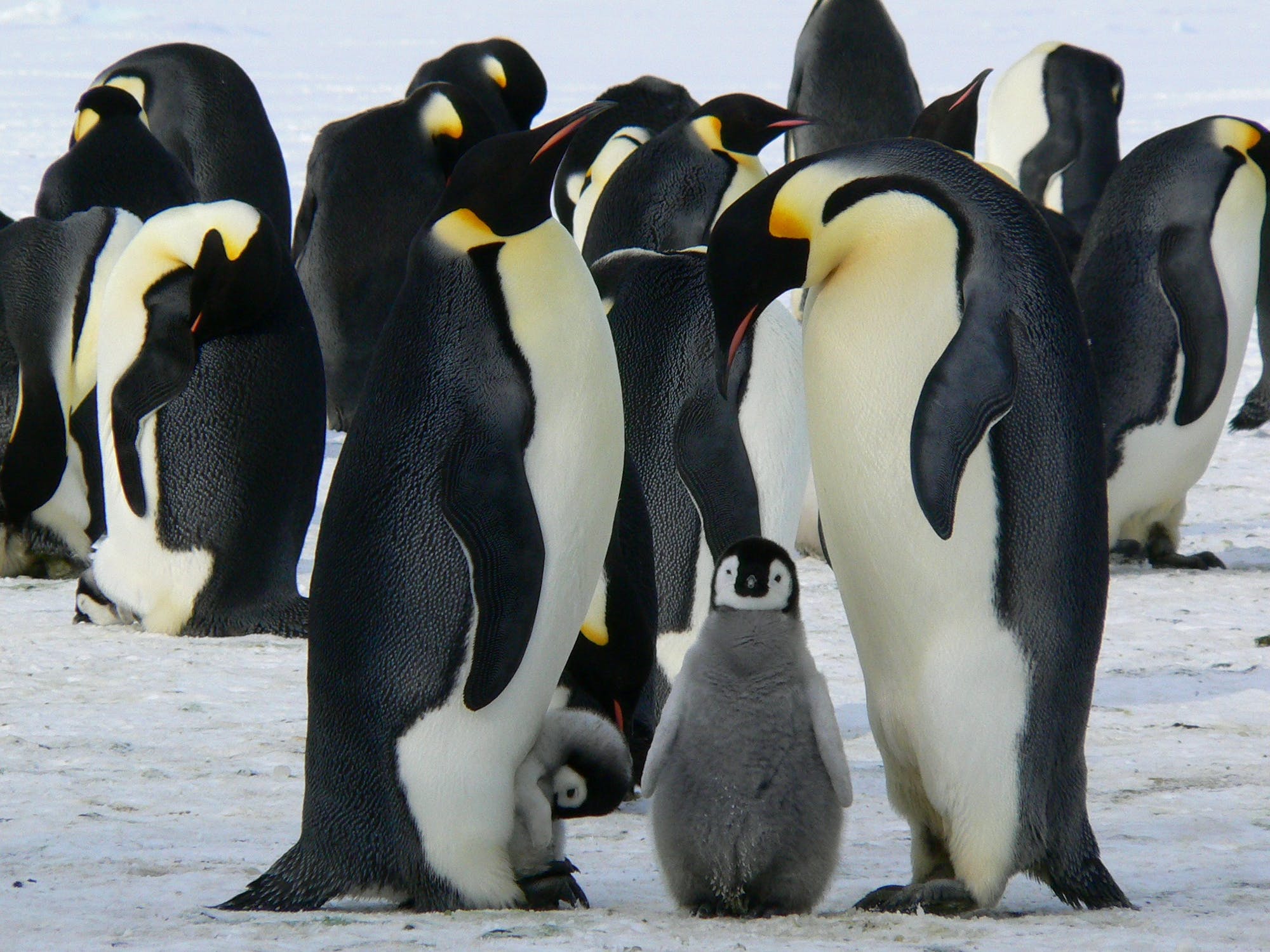 Some of the largest emperor penguin colonies have failed to produce any chicks in the last three years and Iranian architect Sajjad Navidi aims to change that using innovative Antarctic architecture. To combat the habitat loss that emperor penguins face due to climate change and polar ice melt, Navidi has created a two-pronged “Penguin Protection System.”

The system, which won seventh place in the “Innovation for the Sea” category of the Fondation Jacques Rougerie’s biannual Architecture and Arts Competition, consists of a floating structure containing both a penguin shelter and a device that will generate power from the movement of the ocean and cool the surrounding waters.

The greatest threat to emperor penguins is the loss of the sea ice that they rely on for their habitats. David Ainley, an independent penguin expert explains, “penguins need sea ice in their habitat just like songbirds need trees.” Penguins also rely on this ice year-round, forming colonies in May, laying eggs in June, and fledging chicks in late December. As climate change lengthens summers and disrupts cycles of freezing in the Antarctic, it leaves penguin colonies with less and less time to breed and brood.

As Above: In Navidi’s penguin pods, Penguins will have shelters where they can lay their eggs and huddle together for warmth without fear that the structure may melt and leave their chicks in the cold too early for their survival. Navidi hopes that the circular construction will allow emperor penguins to practice their natural huddling behavior by standing in a spiral formation in the shelter.

So Below: Just underneath these igloos, Navidi has designed a crater filled “inverted igloo,” inspired by sea sponges, that will be attached to a pendulum in the waters beneath it. When the pendulum moves with the waves, it will generate electricity that will be used to cool the area surrounding the pod, preventing ice melt and prolonging frozen conditions for the penguins.

Navidi designed these structures to be transportable and with the ability to separate the top and bottom halves. This way, experts could move the shelters and devices to areas and penguin colonies that need them most. Although the project is still in its conceptual phases, the project shows the positive intersection of conservation and human construction and inspires many that architecture and design will play an important role in combatting climate change in the future.

In the Midst of Another Drought, California Trucks Millions of Salmon to the Pacific Ocean

by Natasha Lasky, ODP Staff Writer As the Guardian reported, California is now in its second year of drought after a winter with little precipitation and it is the state’s fourth-driest year on record, especially in the northern two-thirds of the state, according to the California Department of Water Resources. Because of drought conditions, the […]

A Hunt That Must End

By Azzedine Downes In 1965, the Canadian government asked then 30-year-old Brian Davies to join a group of consultants to visit the annual seal “hunt” taking place in the Gulf of St. Lawrence in Eastern Canada. The government sought feedback on how to make the hunt more humane. What Davies saw was there would change […]