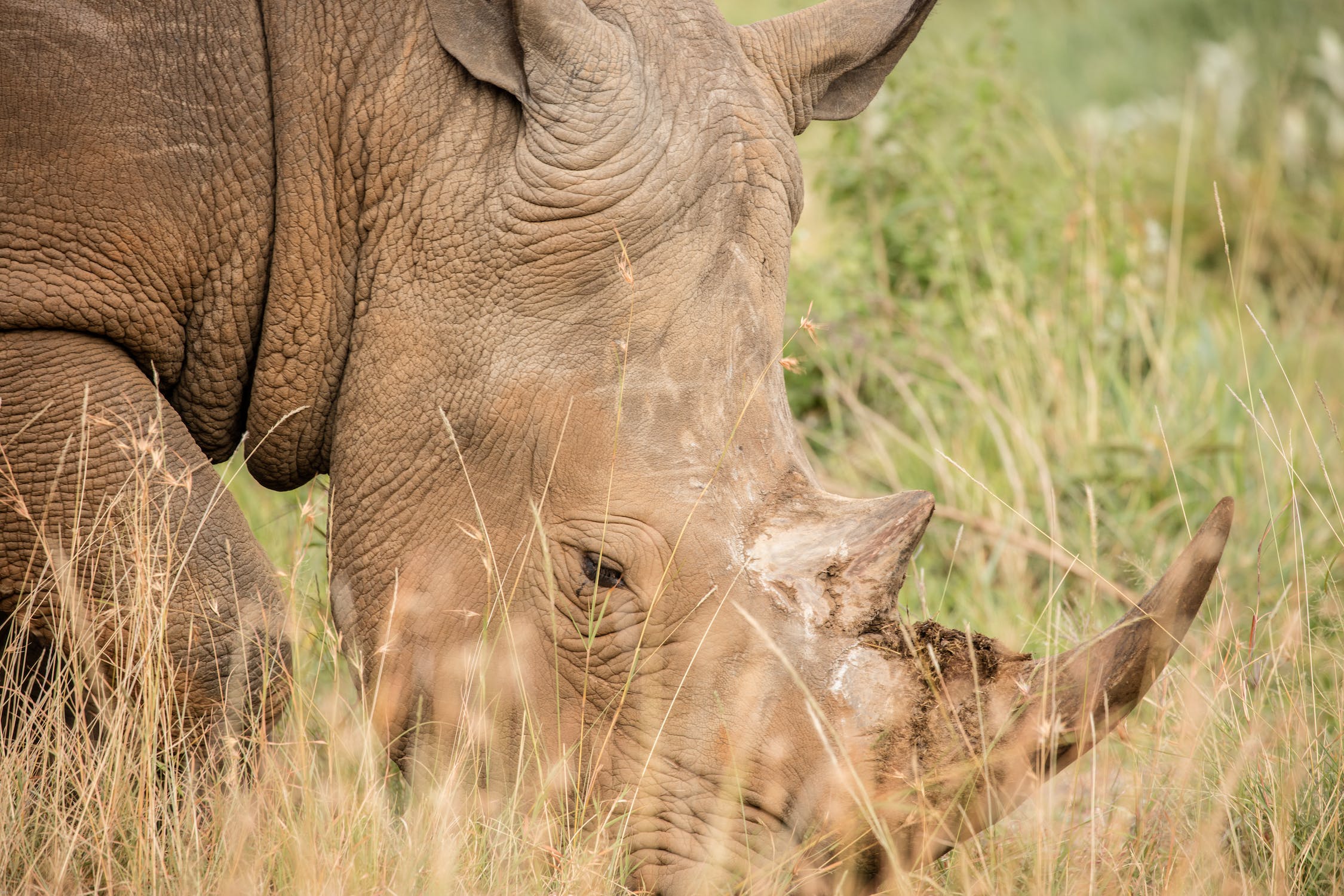 In 2020, the world watched as global stay-at-home orders led to the resurgence of wildlife populations in expected, and unexpected, ways. For rhinos in South Africa, the lockdowns led to an astounding 33% reduction in poaching. In 2019, 594 rhinos were poached for their horns. In 2020, that number fell to 394.

The World Wildlife Fund (WWF) however, expects this massive downturn to be temporary and said in a statement that “in order to amplify these efforts on the ground and fully turn the numbers around, the factors that enable transnational crime syndicates to operate need to be addressed.”

Why This Matters: Rhino populations in South Africa’s Kruger National Park have declined 70% in the last decade alone. In some cases, rhino species have been relegated to functional extinction; there are only two Northern White rhinos left in the world, and both are female. The nation’s law enforcement and private and community-owned wildlife reserves have worked hard in recent years to detect and prosecute wildlife trafficking, but WWF says that even if combatting poachers is successful, rhinos are still threatened by climate change and drought in the region.

The battle to save these animals is just one part of the growing global biodiversity crisis, and experts predict one-third of all species could be extinct by 2070. Habitat destruction, climate change, and poaching are all contributors to this mass extinction event, and without swift action, rhinos could be the next victims.

A Brief History of Rhinos

In the 1800s, there were over one million white and black rhinos on the continent of Africa. But poachers and hunters have since driven those numbers to staggering lows, and periodic surges of demand for rhinoceros horns only continued their decline. These horns were and continue to be valued in some Asian medicinal practices, and are advertised to cure everything from hangovers to cancer. Now, most of the continents remaining rhinos can be found in just four countries, and while many private and public groups have stood up to defend these creatures, poachers have gotten more advanced with time. Now, rhinos face poaching tactics that include helicopters and even night vision goggles.

How can we help?

To start, we can preserve the rhino’s natural habitat. We’ve got a great start with protected wildlife reserves, but climate change is a major threat to rhinos as well. To secure a bright future for rhinos, there must be a global effort to combat climate change and prevent drought.

Next, we can decrease the demand for rhino horn across the globe. That means passing legislation that prevents the import and sale of such products and working on public campaigns to reduce consumer demand. Conservation organization Save the Rhinos has embarked on several such campaigns in Vietnam, where demand for rhino horn has been a driving force for poachers in recent years.

We can hold poachers, traffickers, and organized criminal networks accountable for their actions. Just recently the U.S. Attorney for the Southern District of New York indicted an individual on charges of rhino horn, ivory, and heroin distribution.

And finally, to accomplish any of this, international communities must work together. Crawford Allan, senior director for TRAFFIC at WWF said in a statement, “Continued, exemplary collaboration by law enforcement between source, transit, and consumer countries as seen in this case, will help disrupt the criminal operations that fund the poaching that has decimated Africa’s rhino and elephant populations in recent years.”

A coalition of environmental groups is urging the National Oceanic and Atmospheric Administration (NOAA) to set an 11.5 mph limit on shipping speeds in an 11,500 square mile stretch of water off the Gulf Coast of Florida and Alabama.

Why This Matters: Whales, despite operating at the top of their food chains, face mass casualties and mortal threats from human activity.

by Natasha Lasky, ODP Staff Writer The UK government is formally recognizing animals as sentient beings for the first time — a major win for animal welfare activists. This announcement comes along with a series of bills that ensure the health and safety of Britain’s animals, including microchipping cats, stopping the ownership of primate as […]

Idaho Governor Brad Little has signed a law that could allow private hunters contracted by the state to kill 90% of the state’s wolves. Those in favor of the measure, including lawmakers, ranchers, and hunters would like to reduce the state’s 1,500 wolves to 150, to bring down the number of attacks on livestock and deer.

Why this Matters: This law is a step back for wolf conservation— Zoe Hanley of the Defenders of Wildlife said in a statement that this decision “marks a low point for gray wolf recovery in the U.S.”