Sea Turtles Are Attracted to the Smell of Marine Plastic 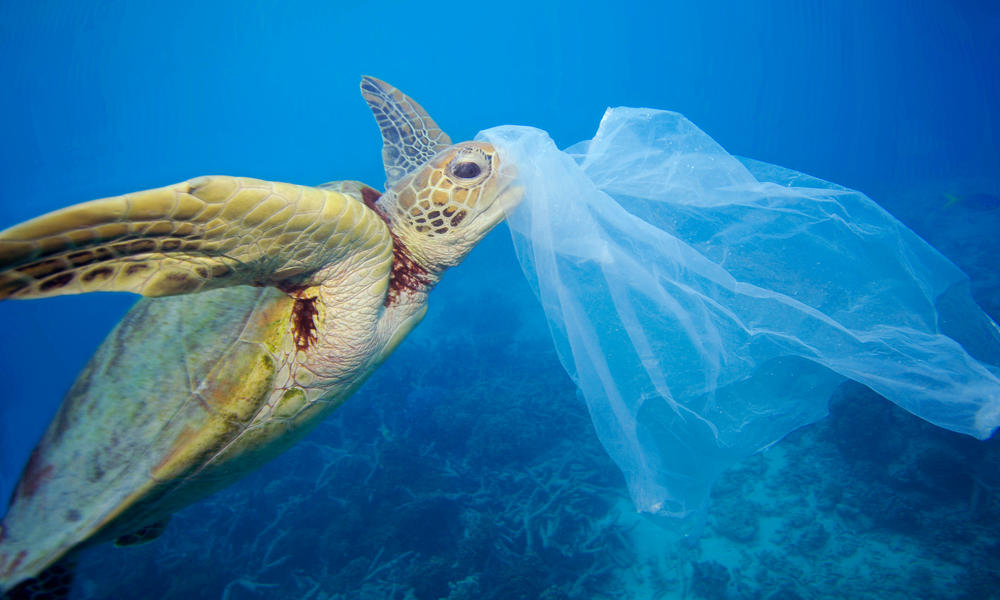 As the World Wildlife Fund explained, research suggests that 52% of the world’s turtles have eaten plastic waste. Previously scientists thought that turtles ingest so much plastic only because a floating plastic bag can look like a lot of jellyfish, algae, or other species that make up a large component of the sea turtles’ diets.

But now, scientists have discovered that turtles mistake the scent of plastic for food. In a study published Monday in Current Biology, researchers studied loggerhead turtles in captivity and discovered that they ignored the scents of clean plastic and water but responded to the smell of food and ocean-soaked plastics.

The Attraction to Plastic: As the BBC explained,

As Earther clarified, it’s not totally clear why turtles find the smell of biofouled plastic so appetizing, which means it will be an area for future research.

A Death Sentence: As CNBC explained, once a turtle swallows plastic they are unable to throw it back up. As a result, most of the ingested plastic gets stuck in the turtle’s gut and limits its ability to absorb and digest food.  Just a few pieces of plastic are all that it takes to kill a sea turtle and young turtles are specifically susceptible to succumbing to death from plastic ingestion.

Why This Matters: For over a century we’ve been making, using, and throwing away plastic with shockingly little understanding of how this substance affects our planet and the animals who call it home. Now that we’re drowning in plastic, we really need a better understanding of how it affects animals and ecosystems. This study is the first in what will likely be an ongoing body of research and all the more motivation to hold the manufacturers of plastic accountable for their products.

Learning to Coexist With Nature