Secretary John Kerry and Katie Eder on the Global Climate Strike: “This must be everyone’s fight” 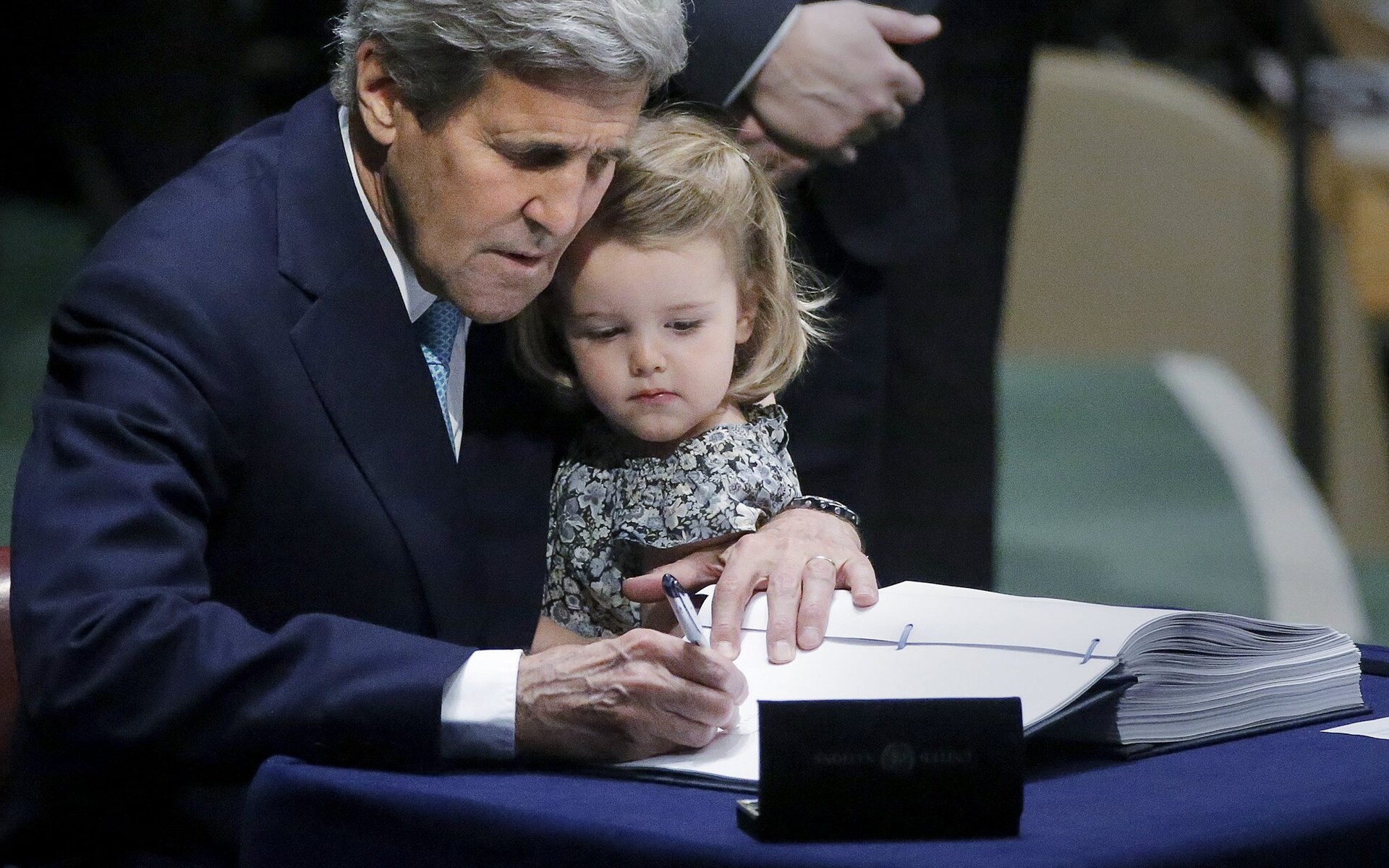 On Friday, hundreds of thousands of people in over 1000 cities and towns across America will march and strike to shake leaders out of their collective slumber and press them to actually do something about the greatest threat facing the entire world: global climate change.

Unfortunately, our stake in this fight is not entirely equal. One of us is seventy-five years old, born into a postwar period of inherited peace and prosperity hard-won by Greatest Generation parents. The other is a 19-year-old inheritor of an uncertain future because generations before have shirked their greatest responsibility, leaving instead a bequest of weather catastrophes, rising sea levels, overstuffed landfills, clear-cutting deforestation, and carbon pollution not just tolerated but celebrated in the highest levels of government.

Today, the world is inspired by the young people who stand up on this issue and we thank them for being our moral compass and helping guide the world in the direction we need to move on climate change.

Young people striking for their own survival can push and prod, scold and shame, but sadly they can’t convene a decisive meeting in the Situation Room, gather shareholders in a Board Room to align sustainability with a bottom line, or vote on the floor of Congress or in parliaments everywhere. The Sunrise Movement demands action on Pennsylvania Avenue and the Extinction Rebellion barricades London’s bridges on behalf of climate justice: those in positions of authority today must not just hear their call, they must follow it so that students can return from the streets to the classroom, with the assurance that they can have a safe future

We don’t have time to wait, otherwise these movements today will be remembered as jeremiads unheeded when we still had a chance. This must be everyone’s fight.

The question isn’t whether we can address climate change, it’s whether we do it in time, for all time. Today, we are going backwards. We burned 2.7 percent more fossil fuels last year, bringing carbon dioxide emissions to an unprecedented all-time high. Climate change’s impacts are here now, not in ten years: Unmatched wildfires that destroyed over 875,000 acres of land last year alone in California, costing taxpayers and homeowners a combined $19 billion in damage. Torrential downpours and water runoff are flooding counties across the Midwest, displacing nearly 14 million residents thus far in 2019. They’re a glimpse of a future we can ill afford.

Future generations will measure us by whether we acted on facts, not just debated or denied them. The verdict will hang on whether we put in place policies that will drive the development and deployment of clean technologies, re-energize our economies, and tackle global climate change. With the policy demands the youth have released in the Strike, policy makers can see the future that the young people are asking for.

We have no choice but to change. Like the Saudi Oil Minister said, “the stone age didn’t end because we ran out of stones.” The oil age won’t end because we ran out of oil. An axis of opposition – deniers, delayers, distorters – stand in the way. But it doesn’t have to be this way. Force them to say no to deploying solar technology that would turn the American West into the Saudi Arabia of solar. Force them to say no to turning the Midwest into the Middle East of wind power. Force them to say no to a green manufacturing revolution that could put West Virginia back to work in ways that his beloved coal never will. Force them to put their cards on the table as defenders of a deadly status quo and unleash a political revolution at home that will show them the door.

One of us was 26 years old when 20 million Americans poured out of their homes for the first Earth Day, an eye-opening immersion into the power of the grassroots to force a problem onto the national radar screen, and demand action. That explosion of activism led to the creation of the Environmental Protection Agency, the passage of the Clean Air Act and the Clean Water Act, and so much more. People demanded action and the politicians followed.

Now it is those whose own parents weren’t born on that first Earth Day who remind us that we still live in a democracy, and it’s our collective responsibility – young and old, rich and poor and everything in between – to demonstrate for all of them that democracy can still deliver to tackle the climate crisis.

John Kerry is a former U.S. Senator from Massachusetts and served as the 68th Secretary of State. Katie Eder is a youth activist, Co-founder and Executive Director of Future Coalition.