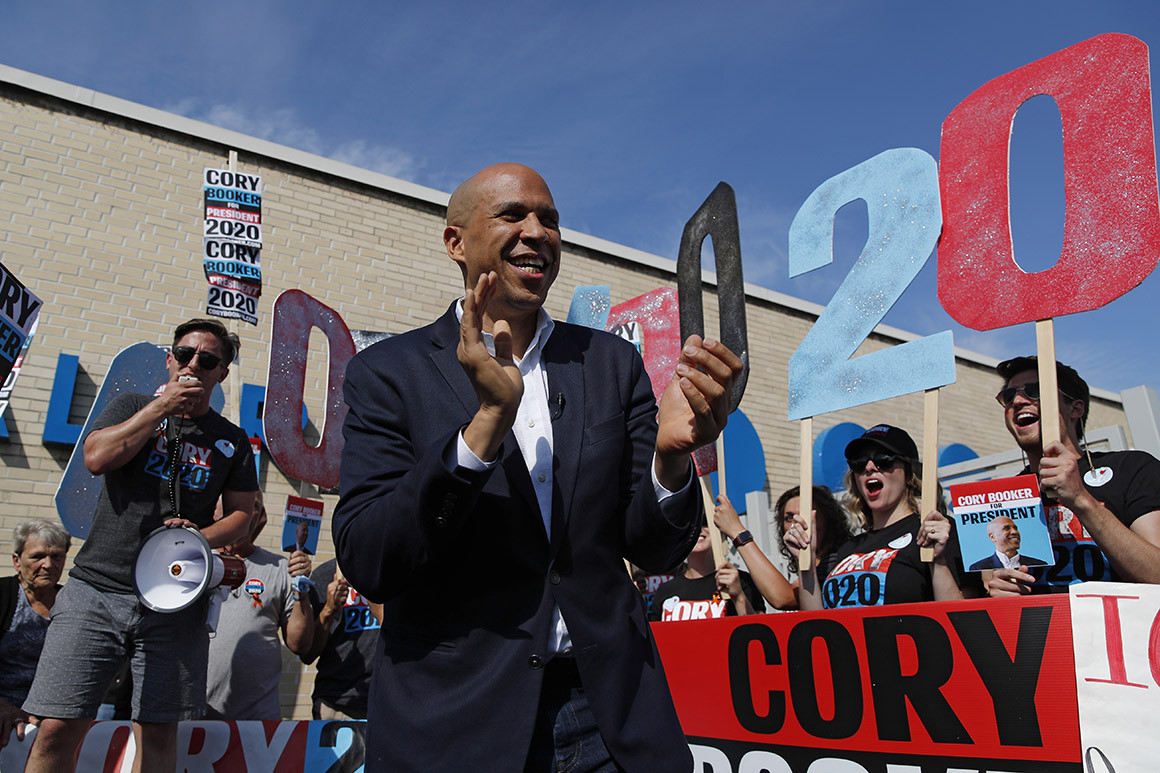 Yesterday, Senator Cory Booker revealed his climate plan called “Cory’s Plan to Address the Threat of Climate Change.” While similar in many ways to Mayor Pete Buttigieg’s plan, keep reading for our breakdown of high-level points from this plan.

Carbon Tax: This plan will institute a carbon fee and progressive climate dividend that will be reimbursed back to Americans.

Clean Energy Investment: This plan will invest an additional $1.5 trillion by 2030 in clean energy, energy storage, and electric vehicles.

Spur Ingenuity: The plan will build upon the DOE ARPA-E program, the Department of Energy National Laboratories and Technology Centers, and other existing research and innovation programs and facilities, to fund a Moonshot Hub in all 50 states, each charged with tackling the most important and difficult challenges in basic science, applied research, manufacturing, and commercialization in their dedicated field.

Worker Protection: The Booker plan will grow union density across the country, including in growing clean energy sectors, by signing into law the Protecting the Right to Organize Act, to make it easier to organize, and the Public Service Freedom to Negotiate Act, to reverse the misguided Janus decision.

As with Mayor Pete Buttigieg’s plan, the Booker plan will eliminate subsidies to fossil fuel companies.

Frontline Communities: The Booker plan centers around helping Americans living in frontline and low-income communities have access to safer and healthier lives. Through ensuring adequate plumbing to all Americans as well as public schools to cracking down on industries that pollute communities, this plan prioritizes environmental health for all people. President Booker would send legislation to Congress creating the United States Environmental Justice Fund (EJ Fund), charged with coordinating the most ambitious-ever federal effort to advance environmental justice and invest in communities long left behind. The EJ Fund would be seeded with $50 billion each year.

Jobs Program: The Booker plan echoes FDR’s original New Deal and its creation of the Citizens Conservation Corps by reestablishing it. A CCC under President Booker would provide over 150,000 young people from frontline communities the opportunity by 2030 to gain skills training and perform reforestation and wetlands restoration work on federal lands as a pathway to careers in these fields.

What Stands Out About This Plan: Senator Booker’s plan overwhelmingly believes in the power of the federal government to deliver big solutions. The plan calls for fully funding and expanding upon existing federal programs such as ARPA-E and the EPA to regulate, enforce, and support innovation to the full capacity of the federal government. What’s also really important about this plan is the promise to address all “orphaned” Superfund sites and to enable the federal government through funding and staffing to clean up the left behind toxic waste that’s making Americans sick. The Booker plan makes it clear that the first step in solving climate and environmental inequity is to ensure that every American is entitled to a safe environment, clean air and clean water–which will take a coordinated and well-funded act of government to implement. Take a look at Senator Booker talking about his climate plan with MSNBC’s Chris Hayes.