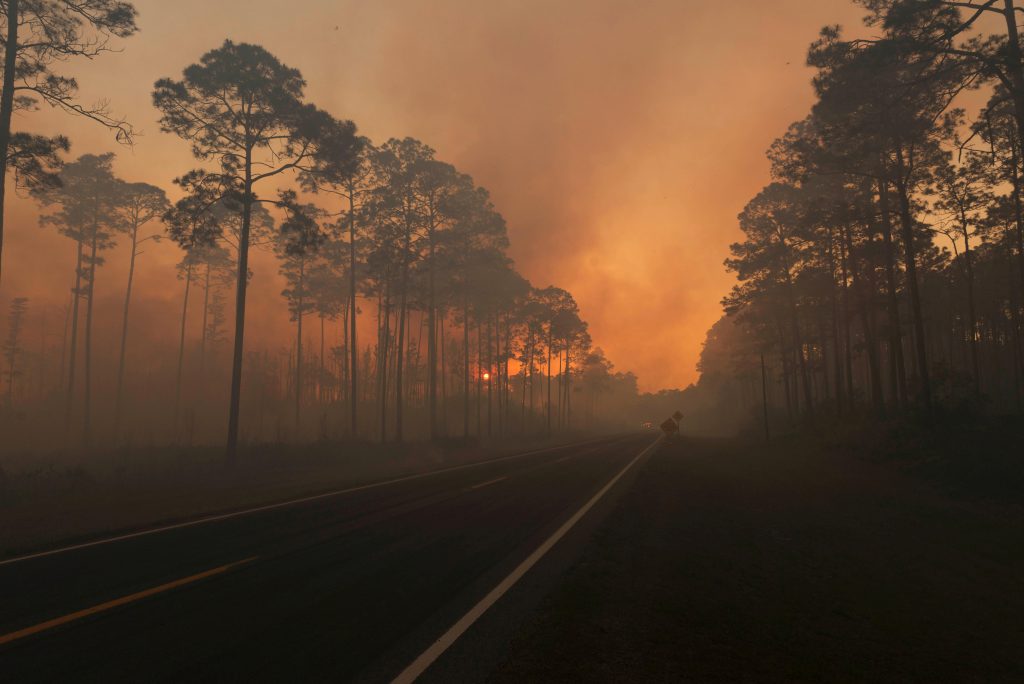 Although the hottest story in the media right now is impeachment it’s important not to forget that a worsening drought is affecting Southern states from Texas to Georgia. Texas Gov. Greg Abbott has extended a drought disaster declaration to numerous counties in the state due to significantly low rainfall and prolonged dry conditions that continue to increase the threat of wildfire in those areas. Additionally, as WRDW Augusta reported,

“In the past three months, the Georgia Forestry Commission says firefighters have responded to — on average — about 41% more fires. Drought conditions are worsening, affecting more than 11 million people and threatening crops across a five-state area from Louisiana to South Carolina, federal officials said. Conditions are particularly bad in Alabama and Georgia, and areas around the suburbs of Birmingham and Atlanta are very dry.”

While we generally think of wildfires as happening in Western states, but extreme conditions put regions throughout the United States–from Alaska to Florida–at risk of wildfires. In fact, Alaska has been experiencing water shortages as a result of its drought.

Bring the Rains: As the Houston Chronicle reported, some areas throughout the South have gone weeks without substantial rain. Farmers say the dry weather is hurting their crops, and Alabama has declared a statewide fire alert because of extremely dry weather. The Department of Agriculture has said pastures, hayfields and soybean crops are drying up because of the drought, and some farmers have been feeding hay to livestock because of a lack of grass.

“The majority of Texas is currently experiencing in drought that started in October 2010. Most of the state has been under drought conditions for over three years. State Climatologist John-Nielsen Gammon has warned that Texas could be in the midst of a drought worse than the drought of record in the 1950s.

In fact, 2019 saw the development of “flash droughts” throughout the Texas panhandle.

Why This Matters: In Texas, climate change has played a contributing role to drought at the same time that the state’s Governor continues to ignore it and its two Senators continue to mock and show alarming lack of knowledge when it comes to climate science. Likewise in Georgia, Governor Brian Kemp has made no mention of climate change in his first year in office even as his state faces deadly spikes in summer heat and a developing drought. Both Georgia and Texas will have Senate elections in 2020 and it’s important that the momentum of the recent climate activism transcends into grassroots organizing to elect leaders in those states who will pledge to act on climate change. ODP will bring you ways to get involved as both races get underway next year, stay tuned!

Go Deeper: An early snowstorm in the Rockies this week has some people claiming that global warming “doesn’t exist.” This is #fakenews, as Climate Nexus explained, climate change destabilizes the jet stream and increases the frequency of extreme storms. The result is that certain areas and seasons are getting a lot more blizzard weather and in other areas, blizzards are less common.

After the New York Times reported that the proposal would be forthcoming, yesterday, allies of both former Vice President Biden and Senator Bernie Sanders released a joint set of policy recommendations to tackle the climate crisis. The recommendations signal a commitment to cooperation among the progressive wing of the party with the more mainstream base. […]

E&E News led with a story yesterday about the numerous environmental groups who received government support under the Paycheck Protection Program (PPP) even as they were suing the government over policies they believed the Trump administration got wrong.

Why This Matters:  The E&E story seems to imply that environmental groups should not be suing the Trump administration — they sought comments from numerous groups as to they were taking the money while continuing to file lawsuits.