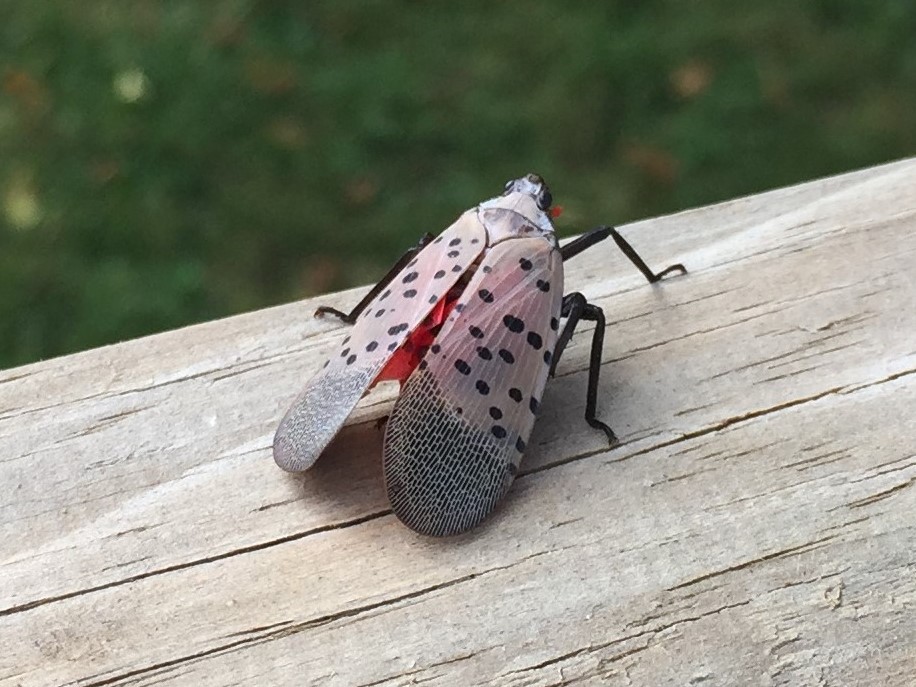 The spotted lanternfly, an invasive species endemic to Asia, has been causing damage to crops across the United States since it was first detected in 2014. At least five states have confirmed infestations and four more have noted the presence of the insect.  While it’s striking polka dots make it a standout, it has an insatiable appetite and is eating through local crops of apples, grapes, and hops, while also killing maple, walnut, and willow trees.

Why This Matters: The US Department of Agriculture’s invasive species information center emphasizes that the lantern fly is “a serious economic threat to multiple US industries, including viticulture, fruit trees, ornamentals and timber.” In Pennsylvania, among the worst affected states, state scientists say the insects are “a huge threat” to the state’s agriculture industry with the ability to bring $324 million worth of damage annually.

That’s not all. Spotted lanternflies also emit a substance called honeydew. Honeydew develops mold, which covers anything it comes into contact with, like cars and playgrounds. The mold from honeydew is harmless to people, but it does causes damage to plants, the Pennsylvania guidance says.

Northeast Pennsylvania has been overrun with a lanternfly infestation, putting 34 counties under a quarantine order, eight added for the first time this year. This quarantine prevents citizens from moving any objects that may house the insects or its eggs, like trees, construction waste, pallets, crates, grills, furniture, and even mobile homes.

Meanwhile, some states have lanternfly infestations for the first time. In Rhode Island, for example, a single spotted lantern fly has been found in the city of Warwick, worrying state officials.

Because the insects lay 30-50 eggs at a time, the state has incentives to act fast. People who see one of the insects, must contact state agriculture officials. The state treats larger infestations with insecticide. Pennsylvania’s advice about dealing with the bugs reveals the severity of the threat: “Kill it! Squash it, smash it … just get rid of it!”