Senate Democratic Leader Chuck Schumer, along with Sen. Debbie Stabenow of Michigan, Sen. Sherrod Brown of Ohio, and Sen. Jeff Merkley  of Oregon, on Friday announced a $450 billion/10 year “Clean Cars For America Climate Proposal”  to accelerate the transition to net-zero carbon emissions by mid-century by making clean cars and charging infrastructure accessible and affordable to all Americans.  Meanwhile, an appeals court in Washington, D.C. rejected on procedural grounds a challenge to the Trump Administration’s announced decision that it intends to replace the Obama clean car rule because the case is not ripe until the new rule is put in place.

Why This Matters:  It is impressive that the Senate Democrats’ proposal to speed the adoption of electric vehicles in the U.S. unites auto workers, environmental groups and the auto companies all in support of speeding the development and adoption of cleaner cars. 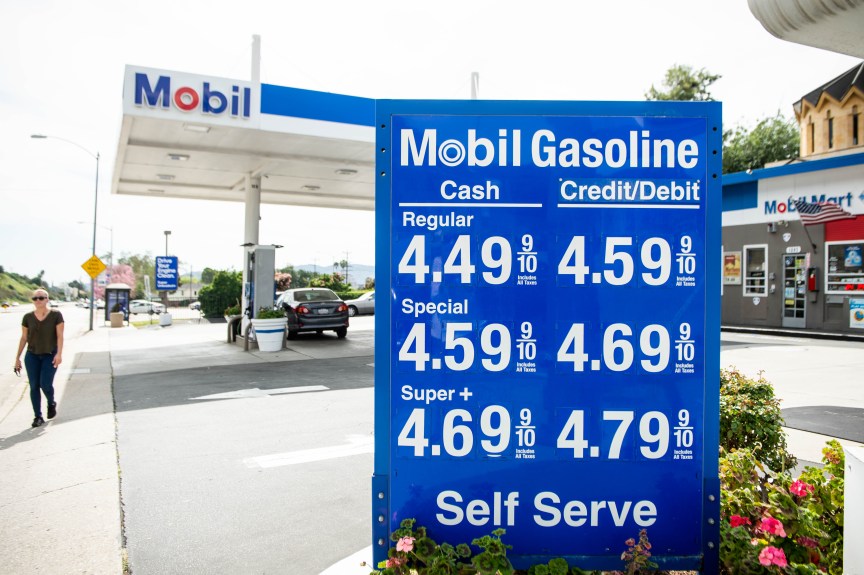 Just as Exxon Mobil is on trial for accounting fraud, California Governor Gavin Newsom asked his attorney general’s office to “investigate whether a “mystery surcharge” on gasoline prices in the state was caused by oil companies “misleading and overcharging” their customers,” according to the SF Chronicle. In a letter to California AG Xavier Becerra, Newsom […]

Looking to take further action against the State of California, the Environmental Protection Agency under the guise of enforcing the state’s non-compliance with the Clean Air Act (CAA) says it will take away billions in federal funds provided to the state of California to implement low carbon transportation projects.   The Sacramento Bee reported yesterday that […]

Stay in the know, empower yourself to be a #FriendOfThePlanet, sign up to receive ODP in your inbox each morning!

The Trump administration opened an anti-trust investigation over an agreement the state of California reached with automakers about producing cars that adhere to tougher emissions standards than the federal government now requires.  According to the Wall Street Journal on Friday, “Justice Department lawyers are seeking to determine whether Ford Motor, Honda, BMW AG and Volkswagen AG broke federal competition law by agreeing with California […]

Nearly Half U.S. Governors Stand Up To Trump On Clean Cars

Twenty-four governors from across the country, including three Republicans and governors from states that voted for President Trump in 2016, have banded together to oppose one of Trump’s biggest climate policy rollbacks: the weakening of clean-car standards. The governors are calling for the Trump administration to require efficiency standard improvements every year, as well as asserting California’s legal right to implement its own clean air rules.

In a series of actions over the last two weeks, the Trump Administration continues to reverse U.S. government rules and programs that had been contributing to U.S. progress on the climate crisis.  In addition to the rule they proposed that benefits coal power plants by allowing them more flexibility with air pollution, the Agriculture Department “buried” studies by USDA scientists on the negative impacts of climate change, proposed that environmental reviews of federal projects no longer include estimates of greenhouse gas emissions caused by projects, increased categorical exclusions of environmental reviews for projects like logging on federal lands, and rebuffed all efforts by the state of California to reach an agreement on the clean car rule rollback.

OK, it almost NEVER happens that industry comes together and asks the government for tougher regulations. But thanks to President Trump that just happened.  Last week, 17 of the biggest auto companies sent President Trump a letter warning that if he goes ahead with this plan to roll back the fuel efficiency standards set by […]

Happy Monday, Friends of the Planet!  We hope you had a great weekend.  It is the week before the Memorial Day long weekend (aka the unofficial beginning of summer) and looks like a busy one in D.C. because Congress will be in a district work period next week and they are trying to get through […]

Ford and GM to Add Jobs In MI to Build EVs

Last week, both Ford and General Motors (GM), the largest American car manufacturers, announced plans to add jobs in Michigan to build electric vehicles, as both companies plan to substantially expand their lineup of electric vehicles to meet expected growing demand in the U.S. and in an effort to chip away at Tesla’s market share of EVs.