UN Climate Meeting Ends In Frustration, With No Deal

After extending negotiations for and additional 40 hours, global leaders were not able to find agreement on key issues such as an emissions trading market scheme, damages for countries that are negatively impacted, and raising ambitions on current emission reduction pledges.

Why This Matters:  No amount of extreme weather disasters, climate refugees, youth climate strikes or dire warnings from the Intergovernmental Panel on Climate Change was sufficient for the nations of the world to “get to yes.”

At COP 25, Young People Had the Force With Them

Resembling fearless and determined Jedi warriors, the young participants at the UN Climate Conference on Wednesday took over the meeting briefly, flooding the COP stage, to deliver a message about the need for the Parties to have a greater sense of urgency in their work to reach consensus on the implementation of Article 6 of the Paris Agreement.

Why This Matters:  The students are a constant reminder to the leaders here that the future is literally watching them.  The young people have masterfully used a simple and clear set of messages — that the countries here are failing and must be more ambitious, the countries must act with a greater sense of urgency, and the young people will not be ignored.

The U.S. government is visibly absent here in Madrid — it does not have a meeting pavilion to showcase the nation’s efforts and to give its government participants a place to convene other governments and stakeholders to show what is happening in the U.S. on climate change.  But the U.S. is still well-represented at the UN Climate Meeting by an army of environmental groups, state and local governments, corporations, and philanthropists.

Why This Matters:  U.S. Stakeholders are putting up a brave front and have not taken their foot off the gas (bad pun) — and, in fact, are working to increase the actionable commitments by U.S. stakeholders.  But being “in” simply is not enough for the U.S., which had led the prior COPs and is the second-largest emitter. 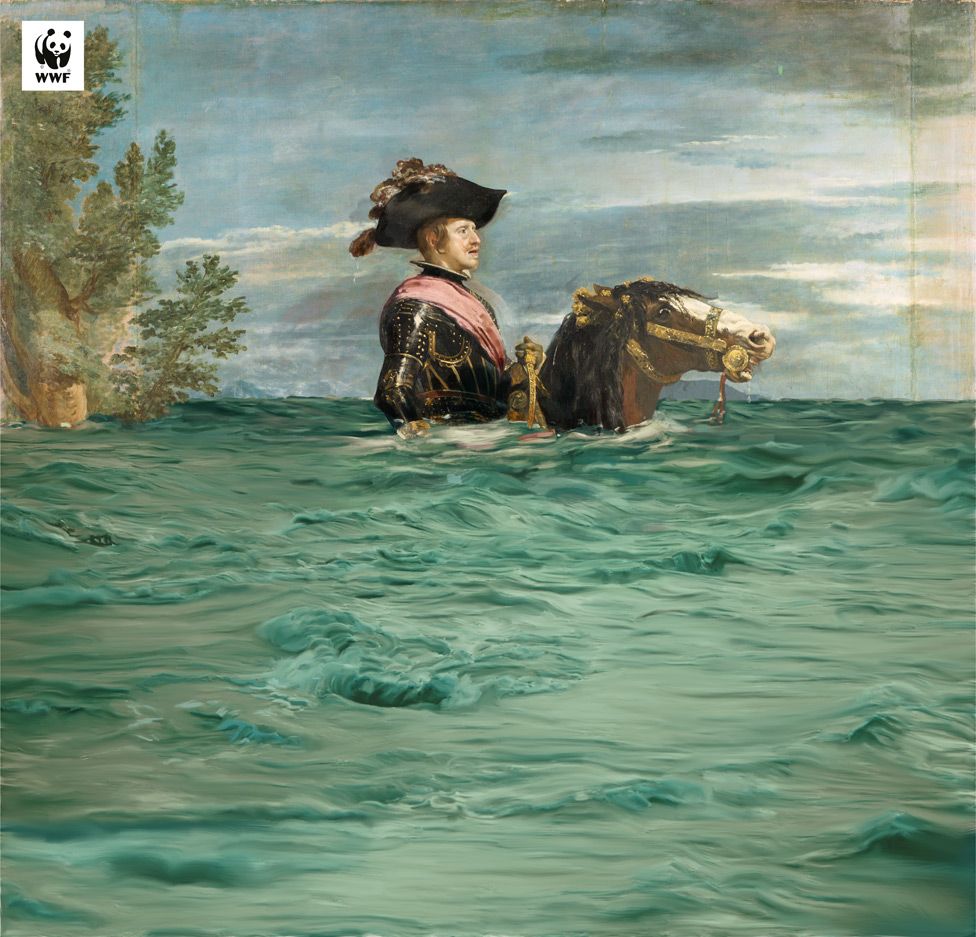 Conservation group WWF and the Prado Museum have joined forces to raise the alarm about the impact of climate change.

The Art: Together they selected four masterpieces from the Prado collection to highlight the environmental consequences of various phenomena attributed to climate change.