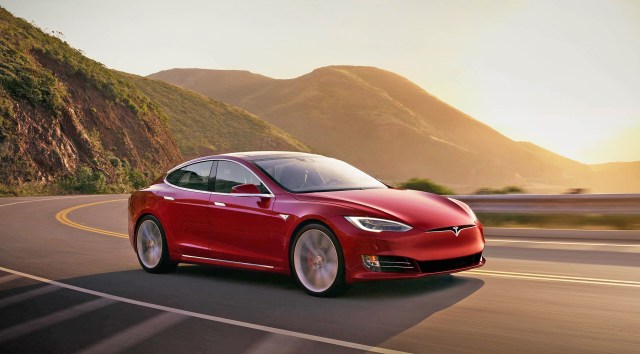 In a major milestone for electric cars, Tesla announced yesterday that it has cracked the 400-mile barrier, a first for a production electric vehicle sold to the public. The company says the EPA will officially rate the new Long Range Plus version of the Model S for a 402-mile range.

The new range is due in part to improvements in the vehicle’s weight, wheel drag, drive unit efficiency and updated regenerative braking.

Why This Matters: Three out of four Americans believe that EVs are the cars of the future, however, 58% of drivers are afraid that they will run out of power before being able to charge their vehicle, while another 49% fear the low availability of charging stations.

In order for more Americans to warm up to EVs enough to actually purchase them, they’ll have to get out of their comfort zones. Most people who buy an EV, don’t go back to an internal combustion engine, which is a telling sign. And while most Tesla models are luxury vehicles, the company helps influence the entire EV market and pushes the bounds of what’s possible.

Charing Woes: Not all states have adequate charging stations for EVs, which prevents Americans from switching to an EV as a primary vehicle. We wrote earlier this week that the state of Florida plans to make a major investment to build an EV charging network across the state but around the world, electric charge ports have soared to 7.3 million.

China and Germany have prioritized EV infrastructure as part of their COVID-19 recovery efforts, the United States needs to do the same.

We sat down with Rep. Sean Casten (D-Ill.) to talk about the Federal Energy Regulatory Commission (FERC) or “Hot FERC Summer,” as we like to call it. According to Rep. Casten, though FERC is often thought of as “a sleepy agency that is, frankly, kind of nerdy” — it can be a powerful force to […]

By Amy Lupica, ODP Daily Editor A new study published by the UN Environmental Program (UNEP) reports that the world must cut its coal, oil, and gas production by more than half by 2030 to limit global temperature rise and meet the goals of the Paris Agreement. The world’s fossil fuel industry currently plans to […]