The Cornerstone of Community Engagement Within Conservation

At key moments in any movement, it is important to take a step back and take stock. For those of us actively engaged in the race against extinction, this is one of those moments. I lead the International Fund for Animal Welfare (IFAW), a global non-profit dedicated to the rescue, rehabilitation, and release of animals back into the wild. For over half a century, IFAW has been driven by its unwavering mission of helping both people and animals thrive together. Though we recognize that competing forces are often at play and successes are hard-won, it is my firm belief that one element in particular— local community engagement— lies at the crux of the solutions we champion and is essential to preserving the sanctuary of our shared earth.

Like all influential movements throughout history, there are periods of progress, setbacks, and moments of intense uncertainty. The totality of these events ultimately defines the success or failure of the movement itself. Where does our movement stand now? As I take stock, I offer the following declaration: Conservation of nature as a whole, when looked at over time, cannot fundamentally be called a success. One may be taken aback by this but it must be viewed through a lens of objectivity — as scientists, as concerned citizens, or most importantly, as a global community bound by a common purpose.

According to a May 2019 report released by the Intergovernmental Science-Policy Platform on Biodiversity and Ecosystem Services (IPBES), “Nature is declining globally at rates unprecedented in human history — and the rate of species extinctions is accelerating, with grave impacts on people around the world.” This is on par with a recent Living Planet Index that highlights the fact that the world is on track to lose two-thirds of its wild animal populations by 2020. This is remarkable considering that the world’s 7.6 billion people represent just .01% of all living things.

In other words, humanity has caused the loss of an estimated 83% of all wild mammals and one-half of all plants. This is not a disturbing trend—it is a simple cause and effect. No endeavor, regardless of how noble its objectives, can ultimately be considered a success if two-thirds of its resources are decimated. So this stark reality forces us to ask ourselves ‘What do we need to do to make conservation a success?’ Again, the answer lies inextricably in this concept of community engagement—the need to involve all people in the meaningful dialogue of conservation. Both those who live with wildlife and those who do not.

When looking through the chronicles of conservation history, it is a glaring and unfortunate reality that those communities that most closely live with wildlife have traditionally not been involved in this meaningful dialogue. This is true almost without exception. A key guiding tenet within IFAW is that if we are successful at involving communities in the dialogue of conservation, then we will surely achieve a state that is safe—a state that is healthy—a sanctuary that can ultimately be preserved.

Historically, the act of conservation has been left in the hands of ‘experts,’ particularly for problems that have overwhelmed us. Thus, the concept of conservation has existed largely on its own—separate from what is actually happening around the animals themselves. This has given rise to the notion that both animals and people are not ‘complementary,’ when the reality is that they are deeply interwoven. Have these ‘conservation experts’ sought wisdom at the local level from individuals who have lived alongside these animals for generations? The answer is likely not.

The experts have themselves perpetuated this idea of fortress conservation—that access to nature must be restricted to ensure its protection. In essence, establishing carefully relegated national parks with no real wildlife spaces left. Since we know that around 80% of animals spend over 80% of their time outside of relegated national parks, how can the community not be involved in the development of a long-term solution? Because communities often directly interact with threatened species, they possess invaluable experience and wisdom—elements that form building blocks for sustainable change from the grassroots level to the international arena. Behavior change itself is rarely a sustainable conservation strategy when imposed from outside the community. If success is to be long-term, the community must accept that change from within.

At IFAW, we work hard to implement innovative projects that do not treat wildlife as a commodity but actually reinforces ways to work with and within the local communities. That is what we strive for in every case. For if humanity as a whole continues to treat wildlife as a commodity, conservation will have no chance for success. Our approach is cohesive, paying attention to both animals as well as the outlying community, recognizing the inherent value and role of each.

The problems we are up against are urgent and complicated. However, at IFAW, we believe in the community—in the collective movement. As an organization, we have chosen to adopt a different narrative from the doomsday approach often seen in the conservation movement—we choose a narrative based on reason and science and in the immense power of community—bringing everyone along in the push for progress. It is at that key moment when we will be best positioned to protect the sanctuary of our earth. 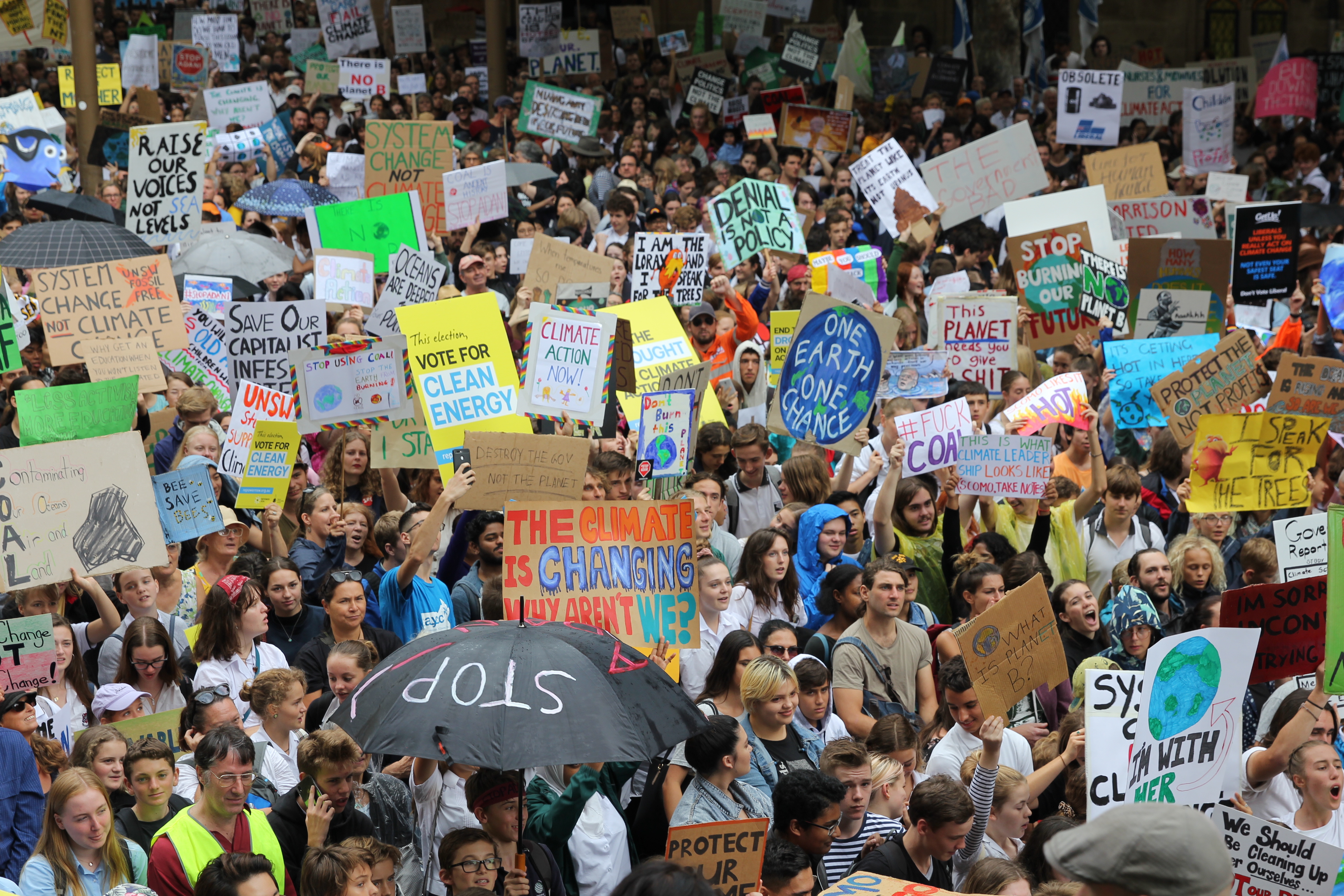 One Cool Thing: When Earth is Under Attack, What Do We Do?

Stand up, fight back. Climate activists across 70 countries took to their respective streets on Friday, inspired by Swedish Youth Activist Greta Thunberg. After a summer of devastating climate disasters across the globe, young people are more anxious than ever about climate change. “There are natural disasters all over the world,” said protester Quang Paasch, […]

Newsmaker of the Week: Our Exclusive Interview with Scott Kirby, CEO of United Airlines


Commercial aviation accounts for 11% of US transportation CO2 emissions and 2.4% of global emissions, and the US is the largest aviation emitter in the world. On Wednesday, 100 environmental organizations urged President Biden to cut airplane pollution. Cutting carbon emissions in the sector is crucial to fighting climate change, but decarbonizing an industry that […]