The Most Devastating Hurricanes Are Hitting the US More Often 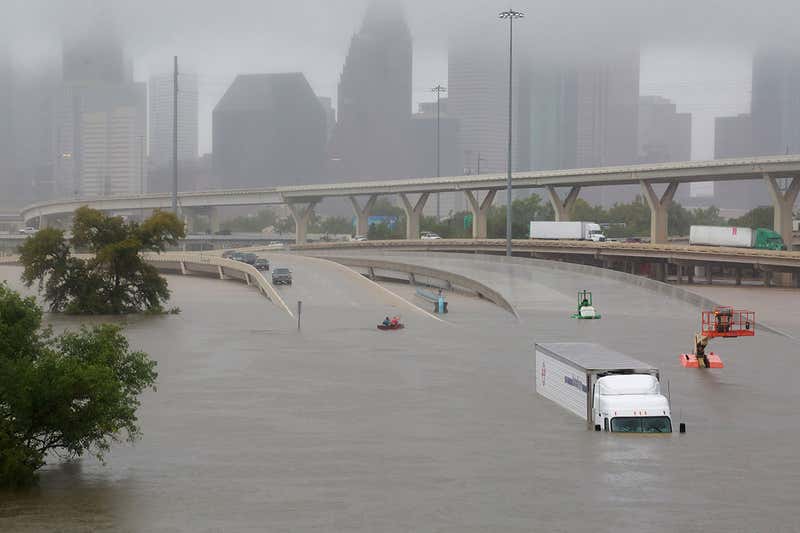 Hurricanes are the most destructive natural disasters in the United States and the most dangerous and destructive storms are hitting the U.S. three times more frequently than they did a century ago, according to a new study published yesterday in the Proceedings of the National Academy of Sciences (PNAS).

What stands out about this study is how the researchers were able to standardize the damage inflicted by hurricanes over time. As AP explained,

“Experts generally measure a hurricane’s destruction by adding up how much damage it did to people and cities. That can overlook storms that are powerful, but that hit only sparsely populated areas. A Danish research team came up with a new measurement that looked at just the how big and strong the hurricane was, not how much money it cost. They call it Area of Total Destruction.”

The Big Question: Since Hurricane Sandy in 2012, our nation has been much more willing to ask if climate change is indeed making hurricanes more damaging. While many experts say that the pure physics would indicate so, there are still areas where we can better quantify how hurricanes are changing to paint a fuller picture. That’s precisely what the PNAS study does.

Why This Matters: While scientists can’t yet attribute any one hurricane’s destruction to climate change, we do know that a warming ocean and atmosphere do make storms stronger and slower-moving–meaning that they can sit and drench cities with relentless rain for days on end. While NOAA hurricane scientist Jim Kossin responded to this most recent study by stating that the result is “consistent with expected changes in the proportion of the strongest hurricanes and is also consistent with the increased frequency of very slow-moving storms that make landfall in the U.S.,” other researchers weren’t entirely convinced.

Go Deeper: The discrepancy in scientific opinions around this study highlights the need for increased development of attribution science. The area of study that Politico called “the new science fossil fuel companies fear.”

by Ashira Morris, ODP Staff Writer Rescue efforts are underway across several islands in eastern Indonesia and East Timor after Tropical Cyclone Seroja struck the region last week. The storm’s heavy rains and powerful winds led to flash flooding and landslides, damaging homes and roads. At least 8,424 people have been displaced by the storm, […]

We recently wrote that the Federal Emergency Management Agency (FEMA) announced a new pricing structure for its federal flood insurance program in an effort to improve the equitability of flood insurance. Disaster insurance and preparedness is a topic that is becoming an all too familiar topic as extreme weather events cause billions of dollars in […]