Trump Administration Orders An About-Face on Pebble Mine 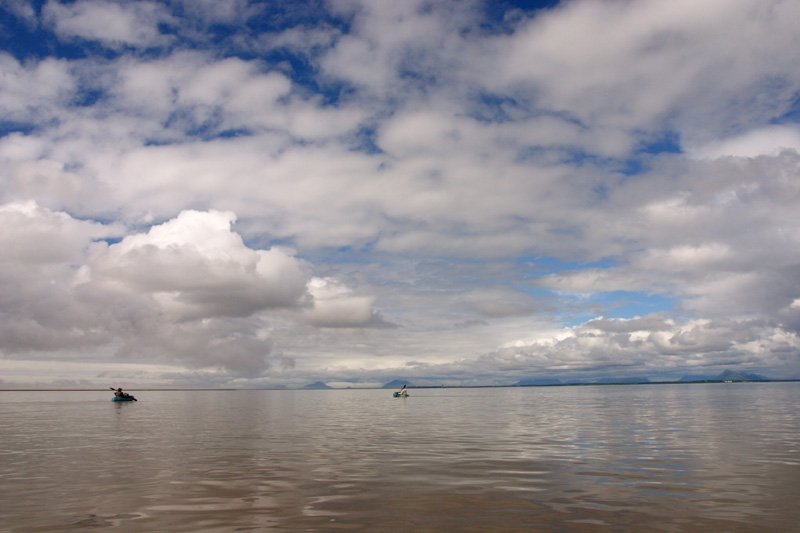 Why This Matters: This mine should never be built.  Ever. It puts at risk the single most valuable sustainable fishery in the world and puts two pristine national parks.  But apparently none of that mattered until big donors, and Fox News commentators and Don Jr. objected.  As they say, it’s not what you know….

The Mine Will Have Substantial Impacts After All

We reported earlier this month that the government had concluded that the mine “would not be expected to have a measurable effect on fish numbers and result in long-term changes to the health of the commercial fisheries in Bristol Bay.”  It was to be sited near two National Parks, and the mine tailings would be piped along the headwaters of the Bristol Bay salmon fishery about 200 miles from Anchorage.  But now, the Corps of Engineers sees huge problems with the mine, saying in a statement that it would “likely result in significant degradation of the environment and would likely result in significant adverse effects on the aquatic system or human environment.”  But the Corps also said, “This administration supports the mining industry and acknowledges the benefits the industry has provided to the economy and productivity of this country, from job creation to the extraction of valuable resources, which are especially important as we recover from this pandemic.”

Both Alaska Senators agreed that it was the right decision.  Joel Reynolds of the Natural Resources Defense Council told The Hill, “The problem with Pebble is that it has always been the wrong mine in the wrong place…A massive open pit at the headwaters of the world’s greatest wild salmon fishery is a project whose impacts cannot be mitigated.”  Local Alaska station KTUU reported that the Bristol Bay Native Corporation (BBNC), which has opposed Pebble since 2009, said in a statement  “The real winners of today’s decision are the people of our region. The future of Bristol Bay is more secure because local stakeholders have been unwavering in their efforts to disclose the true impacts this project would cause to the region’s fisheries, fishing-based economy and subsistence way of life.”  And the Commercial Fisherman for Bristol Bay and Bristol Bay Regional Seafood Development Association said in a statement that they “celebrate the U.S. Army Corps of Engineers conclusion.”

An innovative way of decreasing our carbon footprint that is gaining acceptance is sequestering carbon in prairies, The Washington Post recently reported.

Why This Matters: To avoid the effects of global warming, scientists believe the world would need not only to cut out 50% of its greenhouse gas emissions by 2030, but also remove existing carbon from the atmosphere.

The day after 200 people had to be air rescued by the National Guard from an oncoming wildfire in California, the LA Times reported that “helicopter crews braved dangerous smoke and flames Tuesday to reach more than 100 hikers, campers and other people stranded in remote locations of the Sierra Nevada by the destructive Creek […]

Asphalt Could Be Releasing More Emissions Than Cars

In the heart of summer, hot asphalt in our cities radiates heat at night causing what’s known as the ubran heat island effect. But a new study published in the journal Science Advances that asphalt is releasing more than heat, it’s emitting harmful air pollutants, especially on hot and sunny days. As the New Scientist: […]