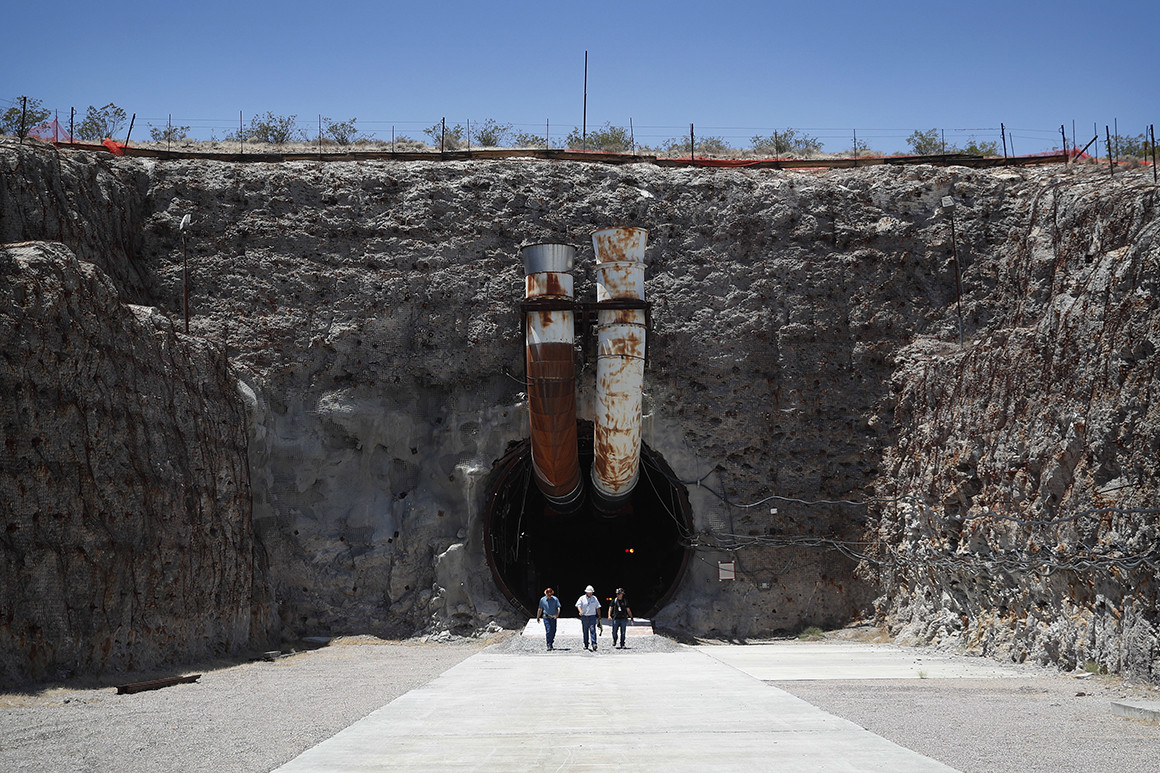 Nevada’s Yucca Mountain has been designated as a nuclear waste storage site for nearly 30 years. It’s largely been a political football with lawmakers trying to woo concerned Nevada voters with promises to avoid storing radioactive material at the site. Now, as Politico reported, “President Donald Trump is seeking to woo Nevada voters by abandoning the GOP’s decades of support for storing the nation’s nuclear waste under a mountain northwest of Las Vegas — a move that could drag the White House into an unsolvable political stalemate.”

In a tweet earlier this month, President Trump made a sudden insinuation that his administration would not support storing waste at Yucca Mountain despite his previous desire to restart the program.

The History: As E&E News explained, Congress in 1987 designated the federally owned site in southern Nevada to host the nation’s sole, indefinite repository for high-level nuclear waste from defense and power generation uses.

Throughout the 2000s and 2010s Nevada lawmakers took a firm stance against storage at Yucca Mountain in order to align with the will of voters. Mostly it was former Nevada Senator Harry Reid and after his retirement, Senator Dean Heller took the lead in an effort to save his Senate seat–which he ultimately lost. Overall, however, Republicans have largely been in favor of making Yucca Mountain a nuclear storage site.

Trump’s Calculation: There’s no clear political payoff for Trump in reversing his previous decision to store nuclear waste at Yucca Mountain. As Politico explained, “once again, Trump could face political risks by intervening in a politically charged, no-win energy quagmire. Some lawmakers also fear that Trump is undermining their efforts to work out a compromise in which some states agree to host a small number of interim waste storage sites while the search for a long-term solution continues.”

Why This Matters: This is one of the biggest problems with nuclear energy: we currently don’t have many options for storing spent fuel rods that are still radioactive. We’ve seen this in Germany as well after it vowed to shut down its nuclear plants it has struggled to dispose of the waste. As the LA Times explained, “storing spent fuel at an operating plant with staff and technology on hand can cost $300,000 a year. The price for a closed facility: more than $8 million, according to the Nuclear Energy Institute.” No one wants nuclear waste in their backyard yet the United States does have to do something with its supply. What to do at Yucca Mountain has been at a stalemate for years, it’s likely that Trump’s pledge is merely a campaign stunt but it will be worth watching how far he’s willing to go to uphold it.

We sat down with Rep. Sean Casten (D-Ill.) to talk about the Federal Energy Regulatory Commission (FERC) or “Hot FERC Summer,” as we like to call it. According to Rep. Casten, though FERC is often thought of as “a sleepy agency that is, frankly, kind of nerdy” — it can be a powerful force to […]