Trump Talks Up His Environmental Record, Voters Aren’t Buying It 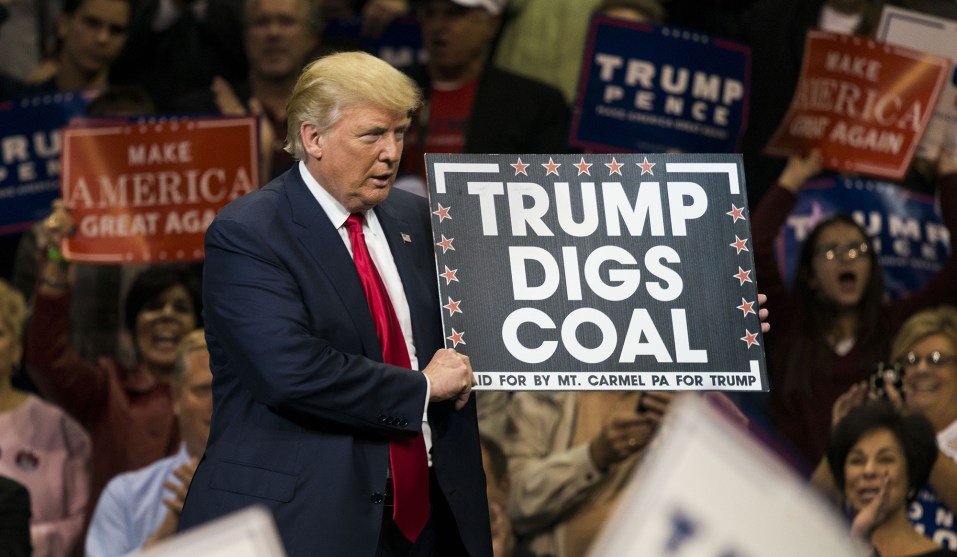 President Trump has unequivocally been the most destructive U.S. president for the environment. But shockingly, in recent weeks, he’s been boasting about his environmental record in an effort to win over two vital demographics: millennials and suburban women. On a recent press call he said “We have the cleanest air we’ve ever had, like over the modern era, which, let’s say you go back 30 years — we have the cleanest air, the cleanest water we’ve ever had.”

This comes, as E&E News reported, Trump was 20 percentage points behind Biden on the environment, with 46% of respondents saying the former vice president would do a better job and 26% saying Trump was better, according to a poll released last week by Research Co.

Why This Matters: After becoming the presumptive Democratic presidential nominee, former Vice President Biden has worked to make climate change and the environment a central component of his campaign. It’s a strategy to bring together the factions of the Democratic Party, as climate issues are more important than ever to voters.

We wrote earlier in the week that Trump is pushing for GOP senators in tough races this November to deliver a conservation bill. It’s an indication that the voters the GOP needs this fall care about the environment, but in the same week, Trump also signed an executive order that would weaken one of our nation’s bedrock environmental laws. Who exactly is he trying to fool?

All the while, EPA Administrator Andrew Wheeler has insisted that the EPA remains focused on its “core mission” of reducing pollution. And though the agency is required by law to have nothing to do with election efforts—it has recently stepped up its messaging in 2020 battleground states of Georgia, Pennsylvania, and Michigan, and Florida. Since May 27, the EPA tweeted three times about the air in Pennsylvania and four times about its work in Georgia:

America is a global leader in clear air, paired with a robust and growing economy. EPA’s #DERA grants are just one way we assist Pennsylvania in improving air quality in local communities. pic.twitter.com/oD9fWSSTw0

Environmental Voters: Getting likely environmental voters out to polls this November can make all the difference in key races. That’s why the work of the Environmental Voter Project is so critical.
If GOTV for these voters is important to you, please consider volunteering for or donating to the EVP!