Trump’s State of the Union Address Devoid of Reality 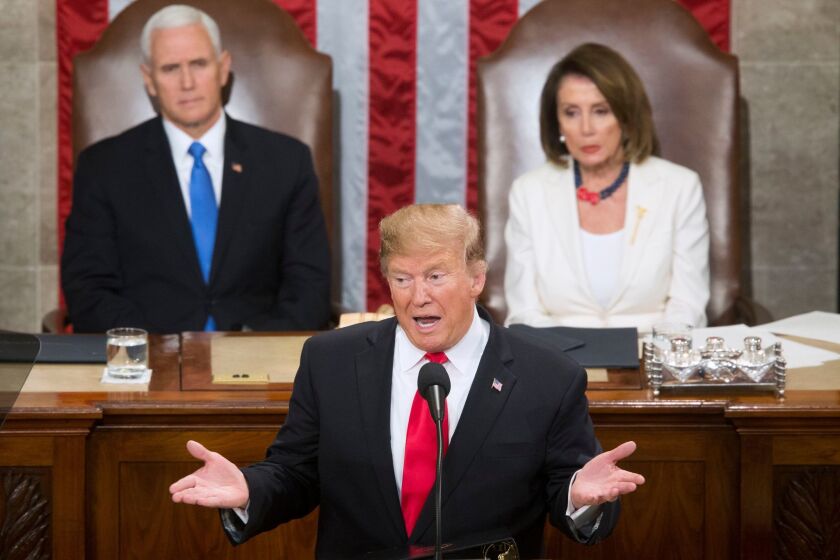 Last night’s State of the Union address delivered by President Trump was a lot of things. Whether you thought it was a “micro-targeted campaign gameshow” or not, one thing that stood out was how much the president focused on the glories of the past instead of the opportunities we have to ensure that America is a leader in the future.

Most alarming, however, and Senator Bernie Sanders also made this point, was that in an era where climate change is the most immense threat that humanity is facing, the president made ZERO mention of it. He did, however, boast about his vague plan to plant 1 trillion trees.

The Chest Thumping: President Trump highlight job growth and low unemployment but certainly didn’t mention that the two fastest-growing jobs in America are both in the renewable energy sector. Trump also touted America’s energy independence (a trend that began under the Obama administration) but didn’t give similar accolades to our renewable energy sector which is steadily growing and has far out-paced coal.

There was also a section in the President’s speech reserved to cheer on the newly formed-Space Force. A new branch of the military with a nebulous mission that leaves us asking the question, why is the president willing to fund this vanity project but not climate action which can actually protect life on Earth?

The Reaction: Sierra Club’s response circulated in a press release last night sums up how most of the environmental community feels about a SOTU that disregards clean air and clean water,

“Donald Trump is the worst president for the environment and climate in the history of the United States. What he failed to say tonight is that he has sought relentlessly to gut the clean air, clean water, climate, worker and wildlife protections that make our country great. This is a presidency that continues only under a cloud of deep shame, and which will stay that way throughout history.”

Why This Matters: In many ways, the SOTU was devoid of reality. The true challenges that the American people face were glossed over and declared to have been solved by Trump-era policies. Most bizarrely, however, was that Trump ended his speech by saying that “The American adventure has only begun….the best is yet to come.” This is starling because he routinely mocks children begging him to take action on climate change and safeguard their future. It’s virtually impossible that the best is yet to come when our planet and its ecosystems are being pushed to the brink. If we want a bright future for our children and grandchildren, then this must be the last SOTU address that’s given by President Trump.


As our last interview of Women’s History Month, we sat down with Elizabeth Mrema, who leads the Secretariat of the U.N. Convention on Biological Diversity (CBD).  We asked her about the importance of women in stemming the current biodiversity crisis and ensuring better outcomes in the CBD’s negotiations.  Mrema said, “Having women at the negotiation […]